Since James is a Poodle, he needs groomed often. We usually like to get him groomed every 4-6 weeks. When we were visiting the hospital and school on a regular basis as a therapy dog, I usually had James groomed every 4 weeks. Sometimes even as often as every 3 weeks. We had James groomed in DC right before we left for Vienna. So we knew we would have about 4 weeks to find a Poodle groomer in Vienna. We started asking around and looking online. Luckily, we found a groomer that had a white Standard Poodle and her shop was in the 18th district.

We wanted to check out the salon so we went over there one day to see it and make an appointment in person. The groomer, Margit, was there and we even got to meet her 12 year old sweet white Standard Poodle Moritz and her black Moyen Poodle Max (they don’t call big Poodles ‘Standard Poodles’ here – they call them ‘King Poodles’ and they don’t call medium poodles ‘Moyen Poodles’ they call them ‘Medium Poodles.’

Margit and her team did a great job fluffing James up and making him look so handsome.

Since the Hundesalon was about 45 minutes via tram from our house it didn’t make sense to go all the way home. It was going to take about 2 hours for James to be groomed. So we decided to walk on the rainy day up the hill along Pötzleinsdorfer Straße. The houses along this road are so big and beautiful! And the leaves were changing colors on the trees. There is a park up in that area too – Pötzleinsdorfer Schlosspark. Sadly, the park is not dog friendly. But since James was being groomed we walked around the beautiful park. 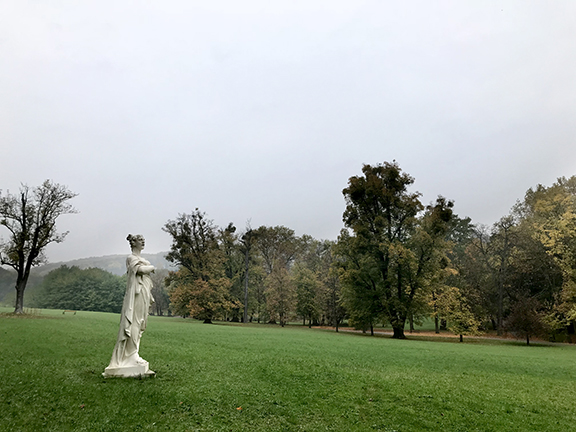 Chris posted about the statues at the park and you can read his post here.

The leaves were changing colors in the park: 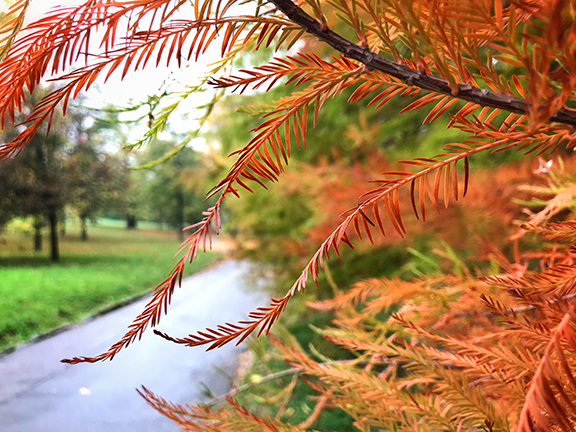 We headed out of the park and walked along the little village area of Pötzleinsdorfer. There is a little church there and we decided to stop in and see it.

Chris decided to pay the €0,50 to light a candle and say a prayer: 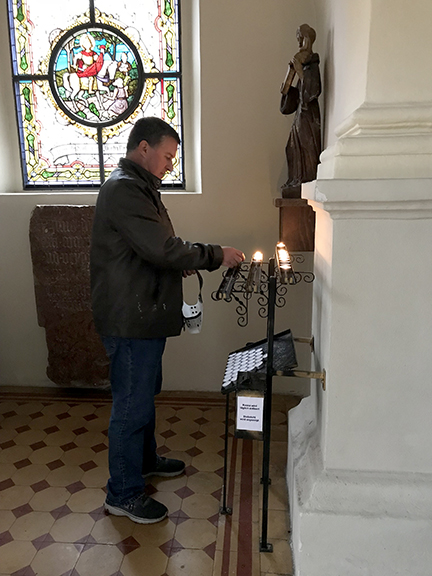 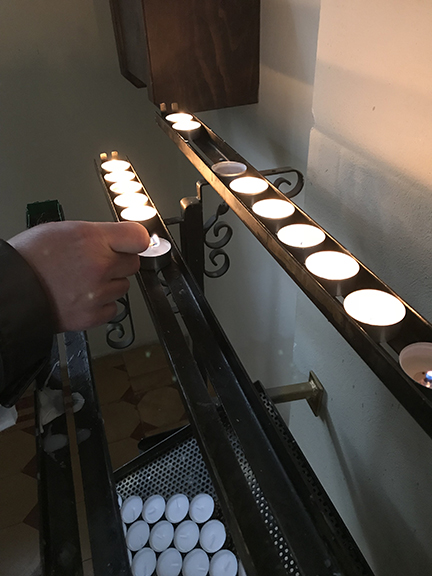 I decided to look up the church and see when it was built. It has quite a history (as most old churches do) according to Wikipedia:

In 1529 a chapel was first mentioned in Pötzleinsdorf, which was dedicated to St. Mary and St. William . This was burned down 1683 however in the course of the second Viennese Turks siege and afterwards rebuilt. 1746 was the expansion of the building to a church, which was destroyed in the great village fire in 1750 as well as 31 of the 32 houses. In 1752, the church was completely rebuilt. However, this was not built on the old site, but on a land donated by the Countess Negrelli to the landlord (the Himmelpfortkloster). The original location of the church is unknown. The new church was raised in 1784 to the parish church. 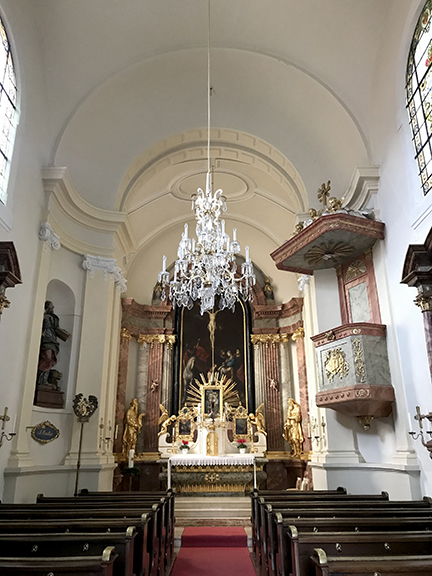 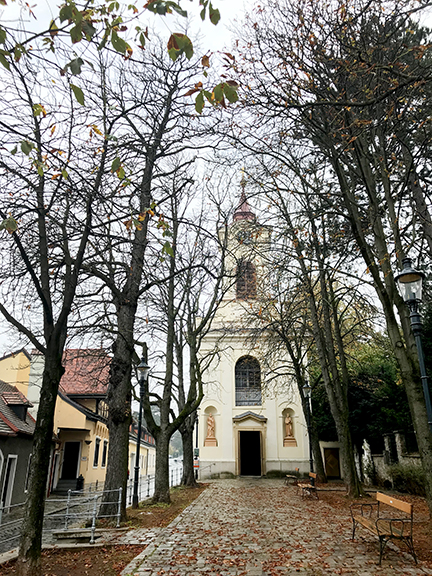 Some leaves changing colors in the park outside of the church: 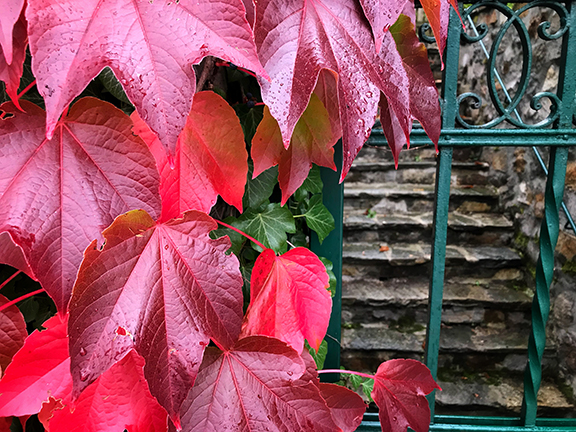