We were exploring Pötzleinsdorfer Schlosspark across town while James was at the Salon (more on that later) and we came across some amazing statues, four to be exact that seemed to be completely out of place. They were arranged fairly far apart in a straight line and all appeared to be singing.

Nearby we discovered a plaque that explained that these four statues once stood on top of the Vienna Ringtheater which was built in the early 1870’s. The theater was designed to hold 1700 people. Here is a photo of it from 1881: 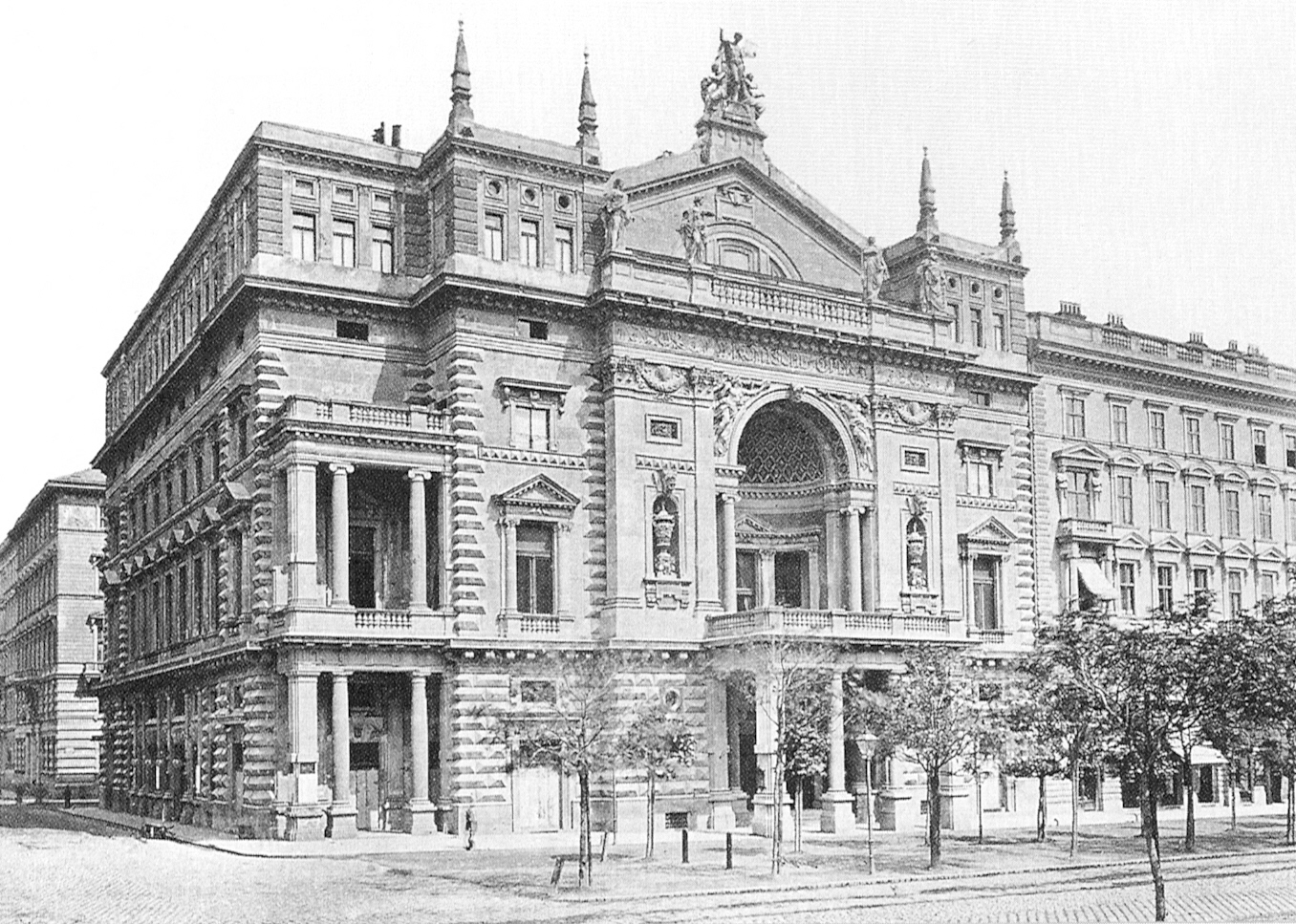 On December 8, 1881 just before a performance began, a fire broke out and 449 people were killed. In memory of those people, these statues were moved here to the park where everyone could visit them.