I know Raw food may be a new concept to most people, but the idea is simple. It’s basically food that is uncooked (nothing above 110 degrees F) and unprocessed organic vegan food, and it isn’t necessarily sushi. In fact there is far more to raw food than what you might believe and we had an awesome breakfast at Leaf Cuisine that you couldn’t beat with a frying pan or even a skillet for that matter.

First up was the cinnamon rolls that had buckwheat and flax rolled to give the doughy texture, a cinnamon date filling and topped with cashew cream. So no butter, no sugar and no junk… just a good solid cinnamon roll taste and one killer breakfast! 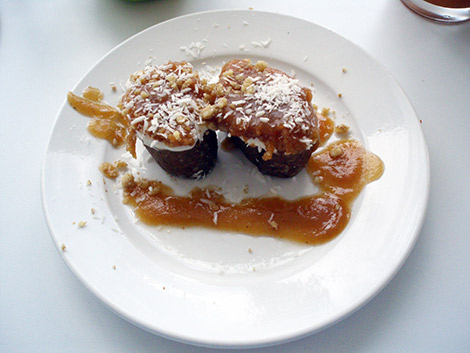 Next was the Apple Spice Oatmeal, served cold which was different but expected since the oats are not cooked, but sprouted. What that means is that they take the oats and instead of drying them and re-soaking them in boiling water, the oats are moistened and allowed to sprout (as in begin growing) then once sprouted they are mixed with a few other ingredients and you end up with this: 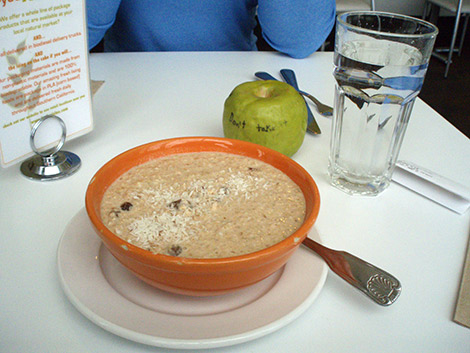 The Oatmeal was unbelievable! Definitely worth a trip to LA just to try it, but what else is in it?