As mentioned in the previous post, we have the weekend off. With so much time on our hands, we got into lots of fun!

We went to The Wine Room in Winter Park – it has these dispensers where you can have 1, 2.5 or 5 oz tastes of wine. It is a great way to try before you buy. And it is great for just hanging out! They even have a rare room with Mouton Rothschild. We had the 1994 on our cruise last month and it was crazy! We were at the Wine Room a week ago and they had Jordan to try. But they constantly switch out the wines. So when we went to get it again it was gone. This time they had an Opus One Mondavi-Rothschild blend. But it was just over $15 for an ounce! But the whole bottle was $159!

A shot of Chris with the rare room behind him: 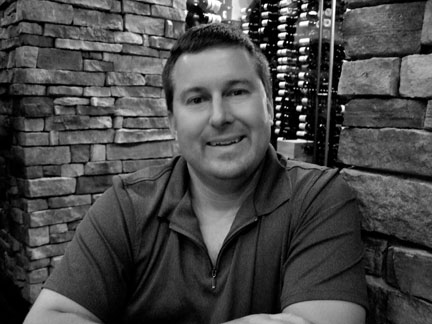 Sandra with the wine dispensers behind her: 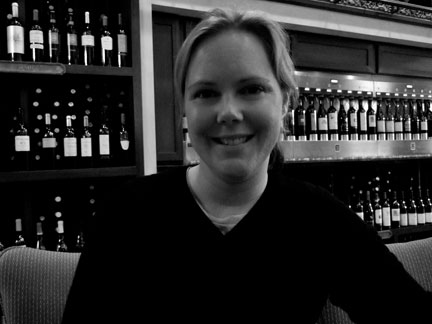 Then we went to Portofino for Harbor Nights. Our dance teacher told us they were having a swing band and an opera singer. We went thinking it was going to be a low key event. As we pulled up to the hotel – we realized this was a much bigger event than we ever expected! There was a huge line waiting to get into the parking garage. I would guess there were about 500 people that attended. And the big draw was the opera singer. People were taking his photos like mad and freaking out. His name is Vittorio Grigolo and he was really good!

Here is some video of Vittorio Grigolo:

After Vittorio finished, the BuzzCats played some swing so we danced. We found another couple that takes a lesson right after us so we talked to them quite a bit. It turns out they have a daughter that went to UF and now lives in NYC. I told them I would love to meet her when she is home! They have a house here in Orlando and another one in Colorado for the summer. That is a dream of mine – to have a summer home and get us out of the June-August months in Orlando.

Here is a shot of us from Portofino: 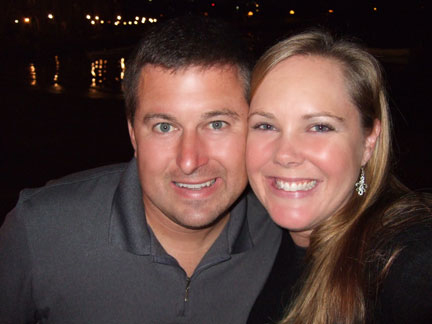 Then we got ready to run errands and shop (see below for Chris’ big purchase today!) the boys were curled up on their beds. Funny that they look so different, but they do things the same without knowing it. Look at them! They are sleeping the exact same way! 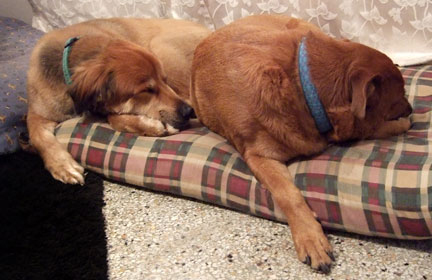 So our big shopping fun for today was a new bike for Chris. He has a really nice Specialized bike from college. The gears are getting funky, so he wanted a new one. I like to rollerblade, so he thought he would get a new bike to ride with me. He was like a little boy in the shop! He kept asking me my opinion (lots of choices on these bikes – yikes!) and I laughed and said “why are you asking me? I have a WalMart bike!” Anyway, his new bike is awesome. The best part is it is very light. You can pick it up and put it in the truck with very little effort.

Here is a nice shot of Chris on his new bike: 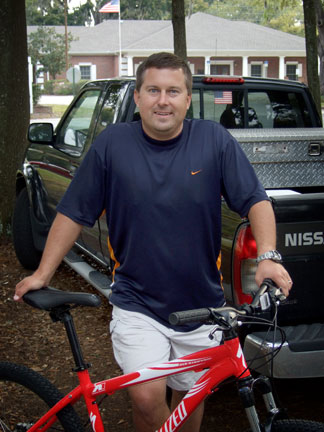 We went to the West Orange Trail to test out the new bike. I’ve been training for an inline marathon, so I wanted to do about 10 miles. We ended up doing 8 and I am going to feel it tomorrow! Here is video from our West Orange Trail ride:

And to get back some of those calories we burned, we bought some Girl Scout Cookies! 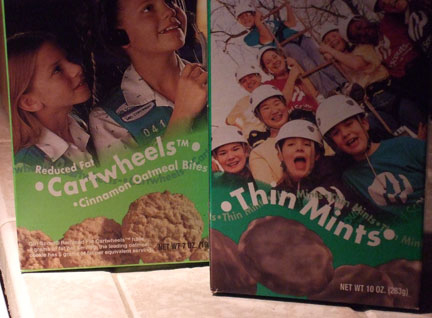