We decided to hike the trail around the Cliff Pond. It is listed as 3.2 miles so we estimated that it would take us an hour or two. That’s about the same distance as a 5k and you can walk that in about an hour so we were estimating a little higher because this is not a groomed trail and we are pretty sure the estimate is probably wrong because wellâ€¦ they are never right. 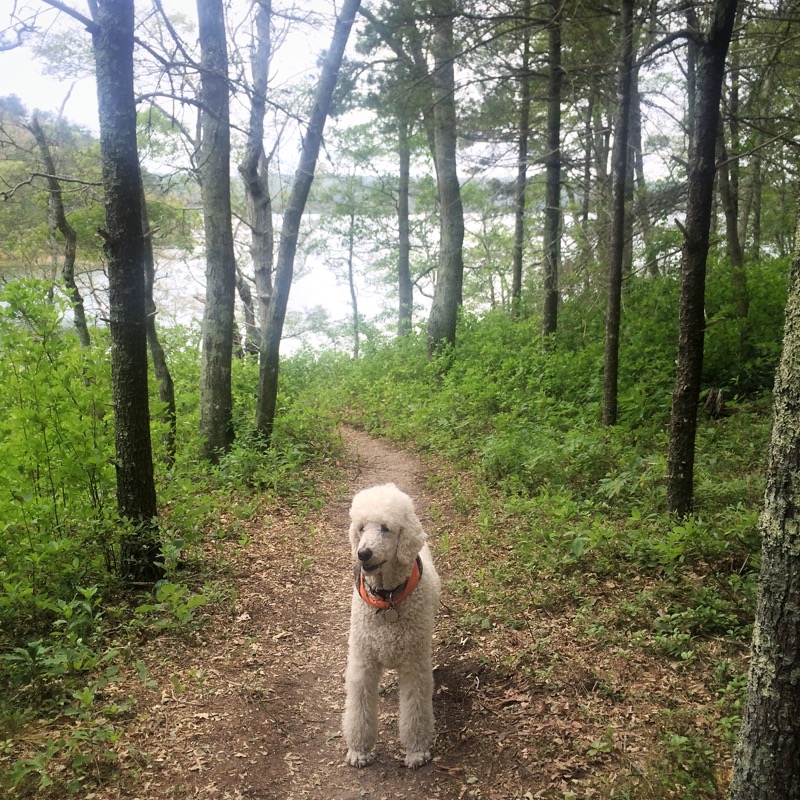 We found another amazing beach almost immediately! It was in the next cove over from the beach we had been visiting the entire trip. It was completely vacant, had a great fishing hole at one end and was a pretty amazing discovery. If we had been able to camp here it would have been worth the hike! 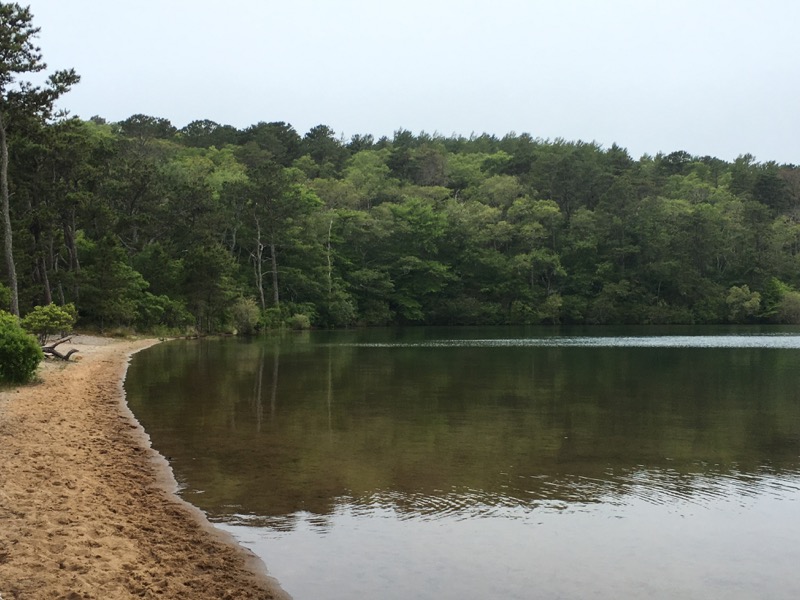 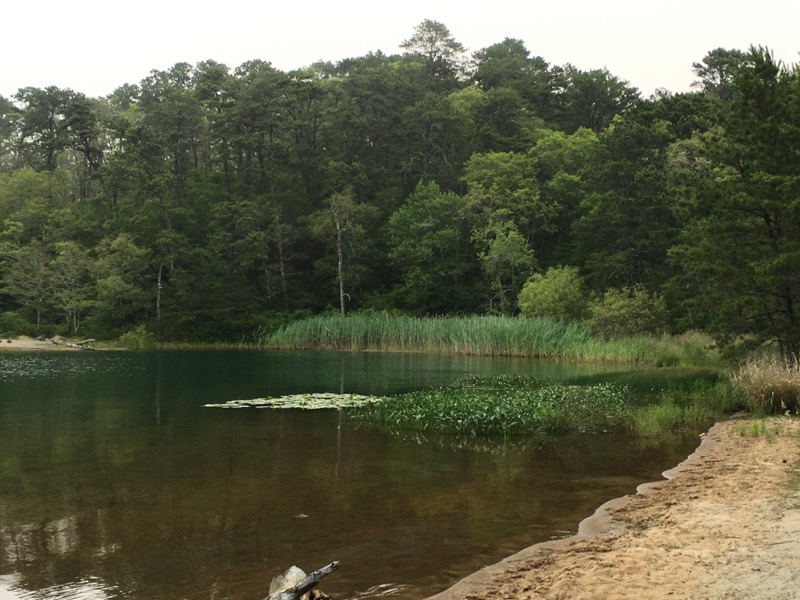 After that first beach the trail was no longer along the water. After an hour we were only 1/4 around the pond according to our phone’s map and it would be dark in an hour. We decided that it would be best to cut out at the next beach and take the bike trail back to our campground. This beach was the Fisherman’s Landing where you could launch your boat or leave your canoe. There was also a wooden dock that fell short of the water by about 20 feet or so but it made a nice stand for our camera! 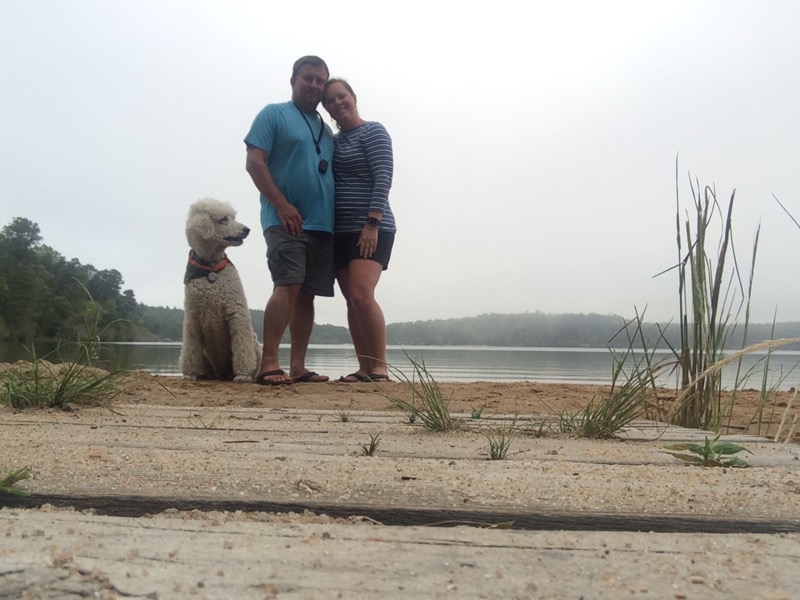 This is a photo of the gravel boat launch to show you how nice the water is. 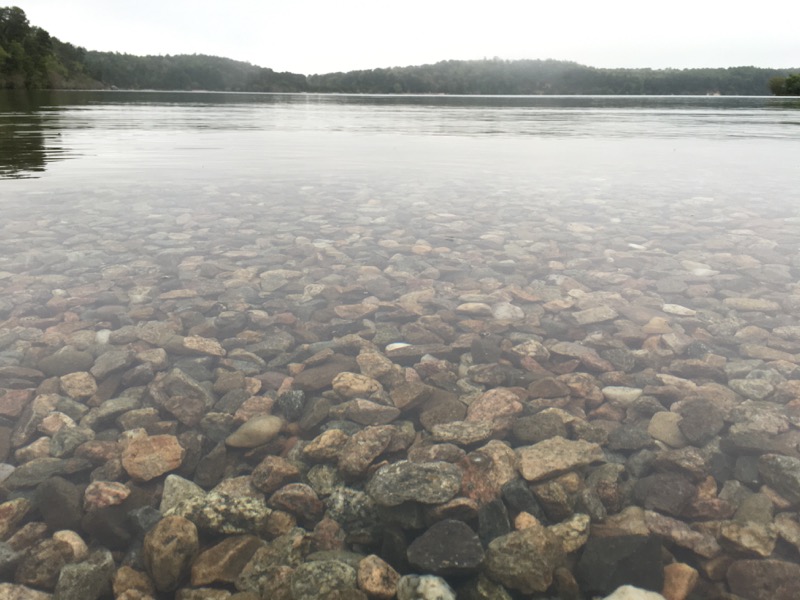 The only problem we had along the bike trail was that we were being chased constantly by yellow flies. That and it was a REALLY long walk, my flip flops were starting to rub blisters in my feet and James was once again exhausted! 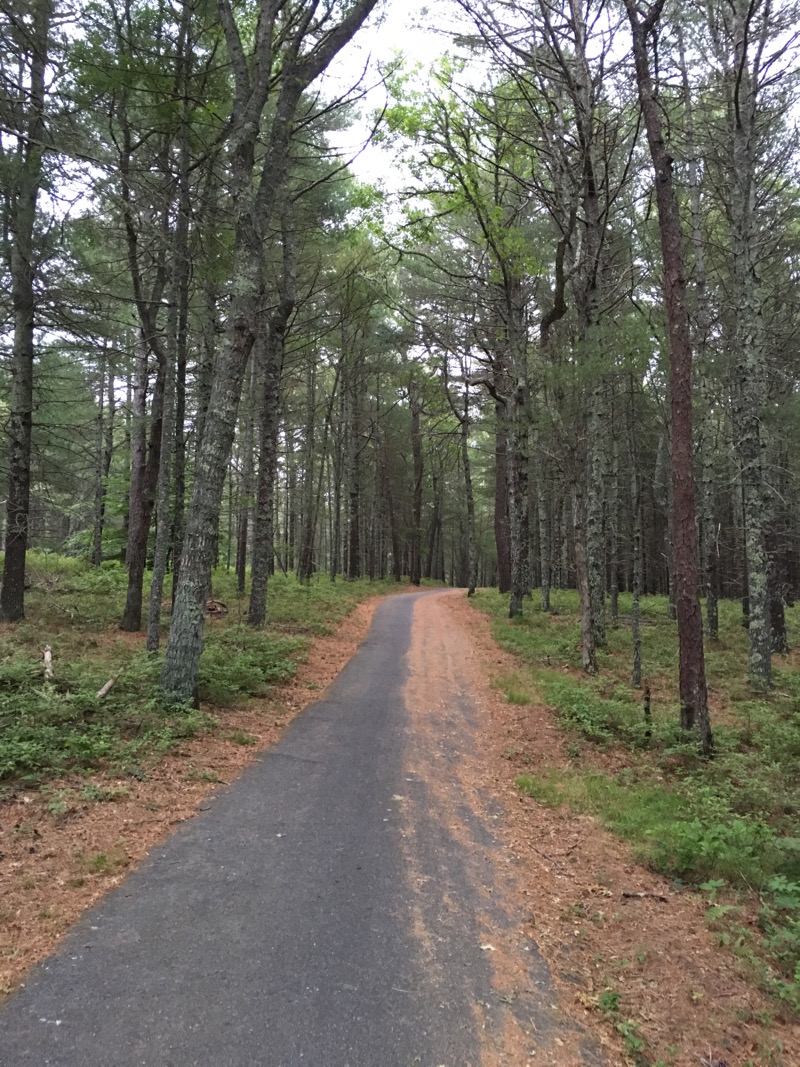 We were on the trail until we started to get silly and when we finally made it to our campground entrance our GPS said we had traveled 2 miles on this trail to get back. Seeâ€¦ told you that 3.2 miles was wrong.