We spend all day at Cliff Pond. Can you tell why we picked this campground? We floated in the lake all day and did a little fishing practice 🙂 and avoided the complications of the local beaches. We picked up a good sunburn and wore James out once again. At the end of the day we decided we wanted to just do a simple dinner. We needed more firewood anyway so we headed to the local grocery store to grab both.

But first â€¦ time to hit the showers. James did his part by passing out in the dirt. Meanwhile, at the showers some guy is whistling constantly. I heard him earlier whistling Kumbaya which was mildly annoying but at least it didn’t get stuck in my head. This time though, it’s Jingle Bells that somehow he transitioned into Do Re Mi. This was weird, who whistles this much!

As I left the shower I walked into what seemed like a third world scene as I left the shower building. There was a family speaking a slavic language, bathing at least 4 naked kids in the sink that was meant for dish washing. As it turns out the oldest kid is the one whistling, now some song that reminds me of background music for a 90’s movie showing scenes of Russiaâ€¦ which was appropriate given the scene. One naked kid was crouched down looking at a bug and almost blocking the door to the building. This was bizarre, so I found the shortest route and headed back to the campsite.

Safely back at camp, we loaded up and headed to the grocery store to pick up our supplies for the evening. This is the nice thing about car camping, you can always pick up supplies if you need them. Shaw’s is the local grocery store here and it has just about everything. This is also the place where I learned option #2 for a simple camp fireâ€¦ a simple 4 hour fire log for about $3. We got back to the camp site and set up our picnic. 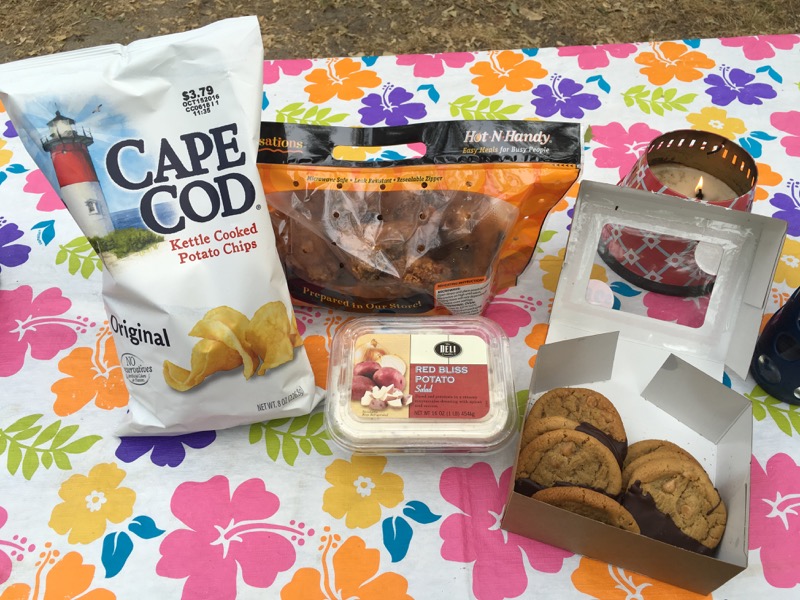 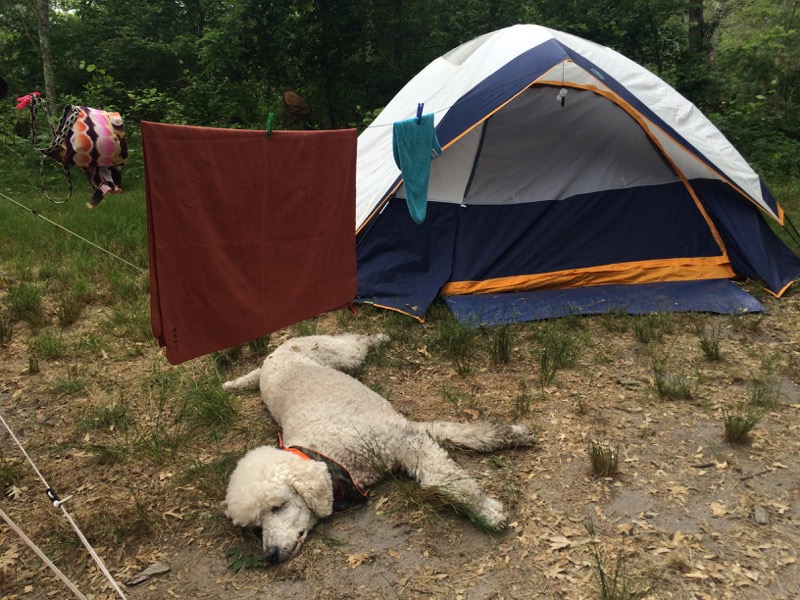