We woke up early because the sun was up and nobody else was. This was the time to walk around the park and head to Cliff Pond because we would have it all to ourselves. The water was really cold but we were able to get in for a swim with no trouble because it had been a fairly chilly night so we were already cold. Funny how that works out.

James had a great time swimming and fetching in the pond and when we were all worn out, he was still full of energy. The water was perfectly clear, this is a photo of my foot in knee deep water. 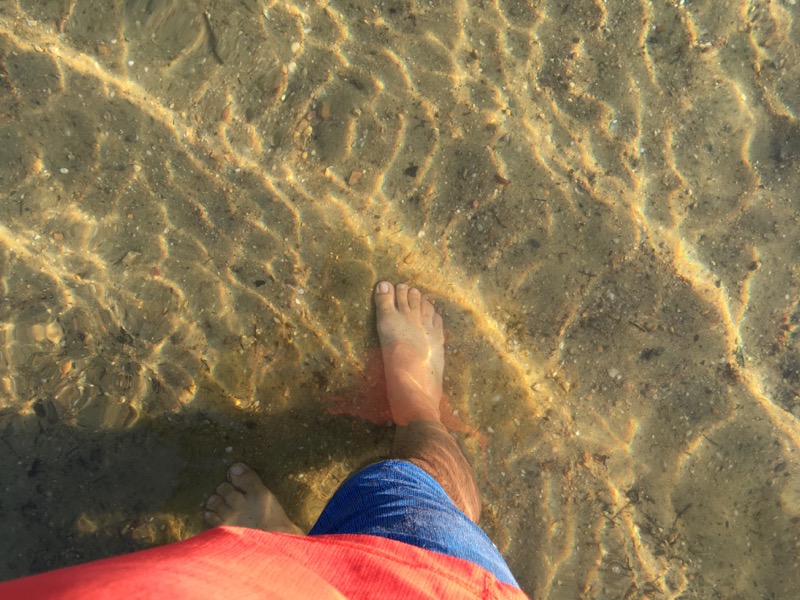 We decided to head out to explore the cape but James was just having a blast playing in the water.