Just to explain, these mountains are known as 14’ers because they are 14,000 feet (or just over) at their peaks. We were camping somewhere in the 13,000 foot range close enough to the trails that would take us to the peaks of a few of these 14’ers.

And after lunch we decided to try another trail, this time up Mt. Missouri. 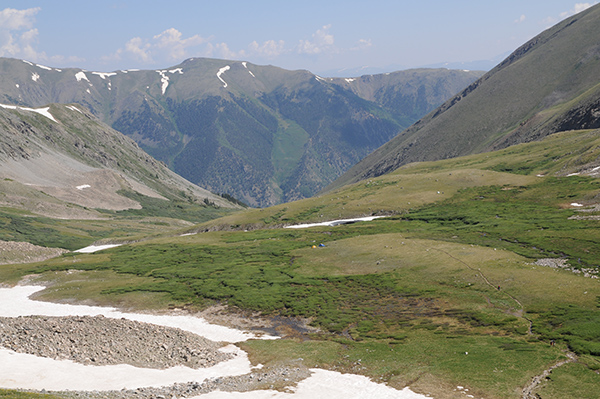 Nothing looks like it is that far away until you start walking. We were probably getting a much better workout than we thought we were just because of the distances we were covering.

We took a break half way up the trail for a snack and take in the view. 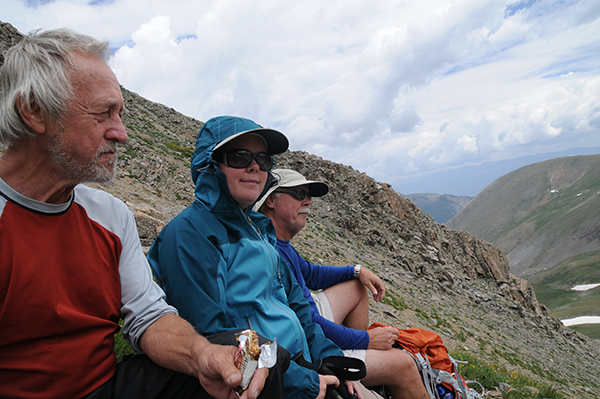 We were a lot more talkative than it looks like we were in this photo. I just happened to capture a pensive moment.

Of course it could be this view that had everyone speechless. 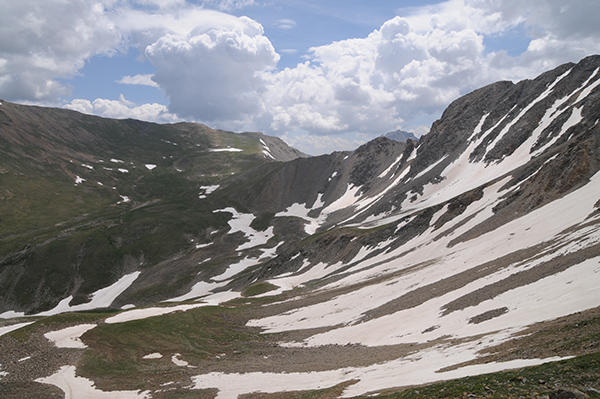 We ended up giving up on this trail, not due to a lack of effort but because we had trouble determining what was the trail and what wasn’t. We could see where we should be going but we could not seem to find how to get there. Instead we went off of the trail for a more direct route back down. It was much tougher because it was very steep, and we had to freestyle our path but it was a lot of fun because we were often going too fast and if you stopped to think you had trouble deciding which way to start off again.