We woke up early but didn’t climb out of the tent until the sun broke over the peak of the mountains. It was freezing at night and our sleeping bags were rated for -15 degrees but it was still very cold. We decided to explore the area around our camp site instead of hiking the trails before it warmed up a bit. 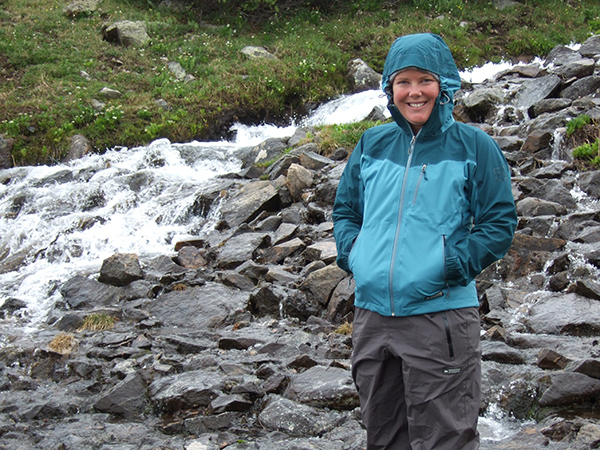 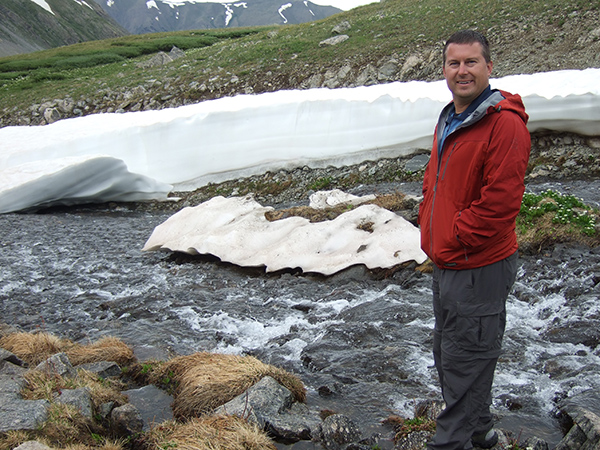 The stream was much larger here than where we found it up the trail yesterday. And the snow drifts were HUGE. Being from Florida it was amazing to see this much snow in July. So we had to take a self portrait because nobody would believe us back home. 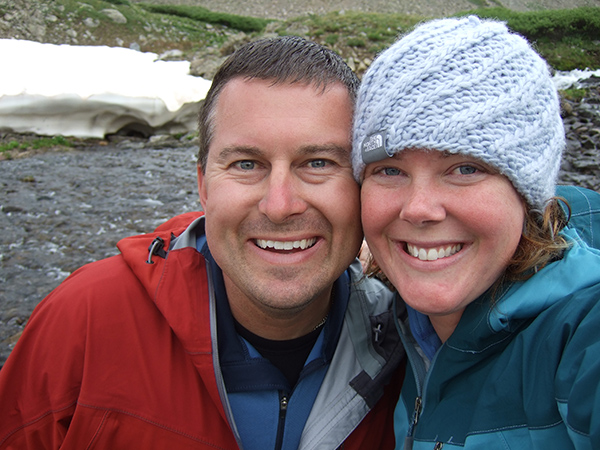 The photos are a little unflattering so we took this one to show how much snow was still on the ground. 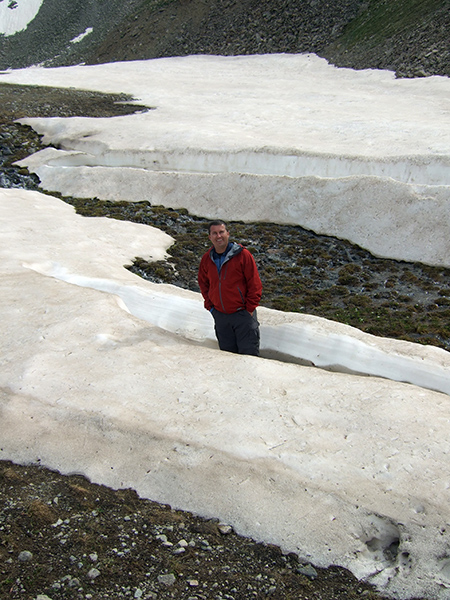 I don’t think we were in danger of post holing like the lady at the ranger station described but if we had not been prepared for the cold we could have definitely had some issues. I thought we were over prepared but an extra pair of socks for the night was on the schedule for tonight!

We found even more cool nature stuff in the ice. This was something we had only seen on nature shows but how incredible to find it for ourselves! 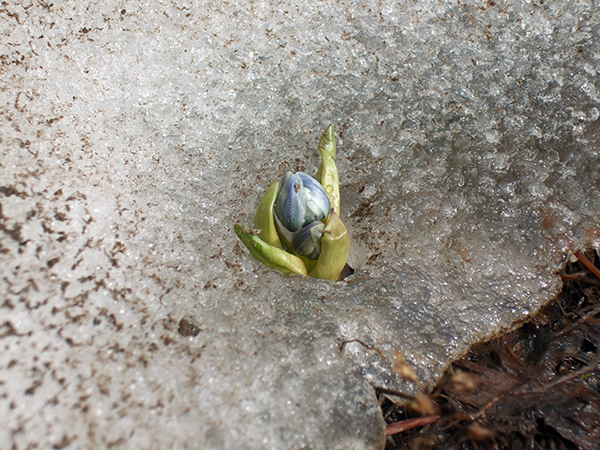