This was not an easy hike. Even though it was only 3 miles we were climbing nearly 4,000 feet, but with each turn the view just got better. 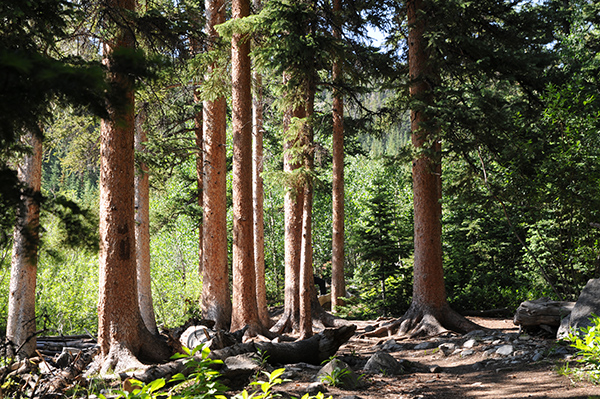 We planned on camping above tree line and we could tell we were getting close because the trees were getting thinner and we were starting to see the mountains above us. 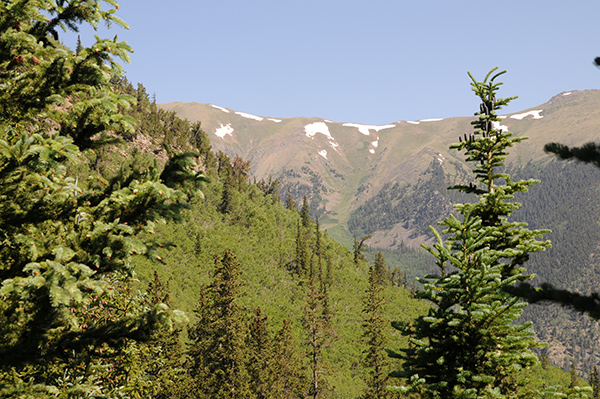 Yes, that is snow on the mountains and this was in July. We had plenty of flowers blooming along the trail to keep reminding us that it was summer time. 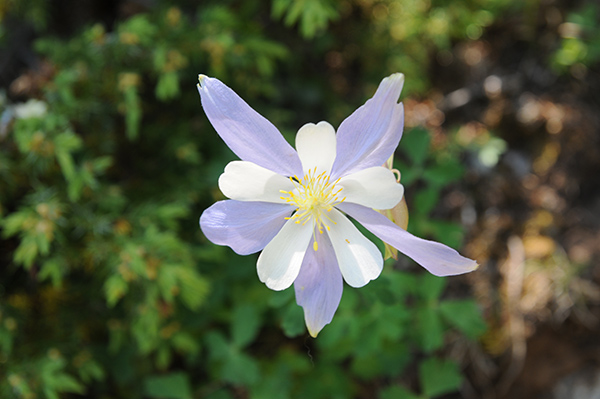 Just as we were starting to bug Ernie with, “Are we there yet?” a girl in her 20’s shows up on her way back down the trail. She wasn’t even breaking a sweat and was wearing shorts and a t-shirt and a small water pack. (Oh, I forgot to mention that it was a little chilly) Then she tells us that she started at 4:00 am and watched the sun rise from the peak, and was on her way back down. We were four hours in and still not to our campsite. Then again we weren’t exactly trying to set any speed records either.

Well, back to the trail…