We arrived at the trailhead just after 9:00 am and packed everything that was staying behind in the trunk. We also “trashed” the car, leaving used coffee cups on the dash and other trash visible inside of the car. Basically it looked like the people who parked this car didn’t have anything worth breaking in for. 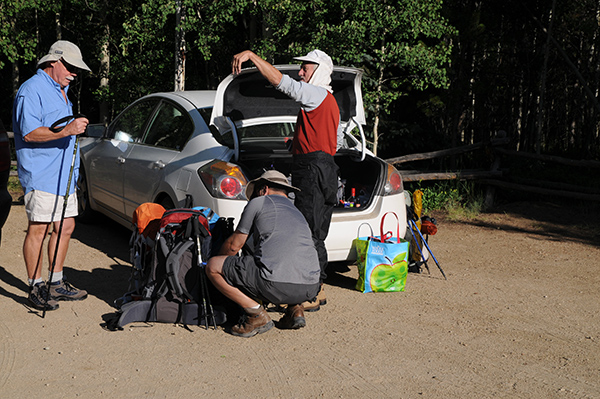 Then we signed in at the trail head and started our hike up the trail. At the time we had no idea how long our hike would be but Ernie had hiked this trail before and had a good idea of the site where he wanted to set up camp. And as you can see, we had no issues with snow as we started up the trail. 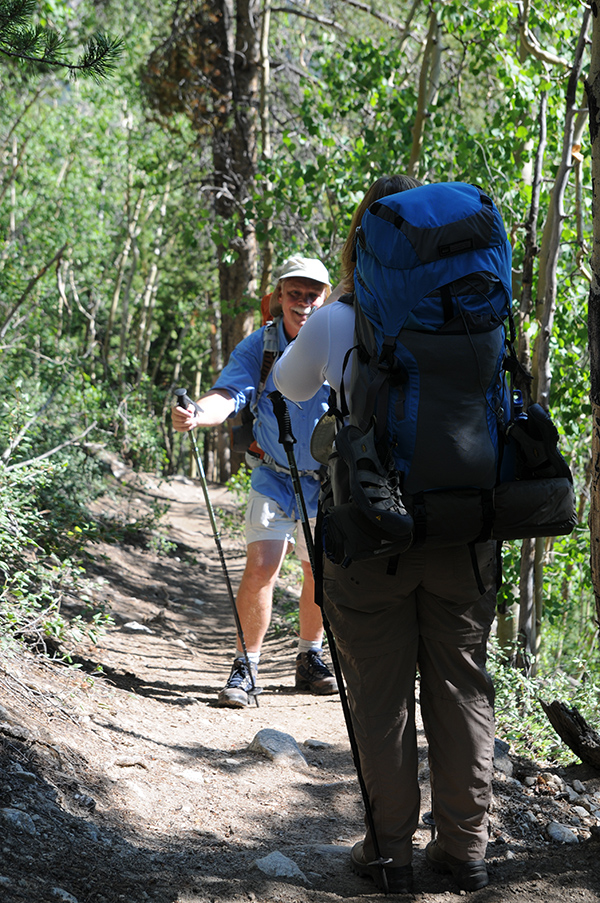 The trail was incredible, every turn had a different view and there was no one in sight. Except for the cars in the parking lot we had no evidence of anyone else on the trail. 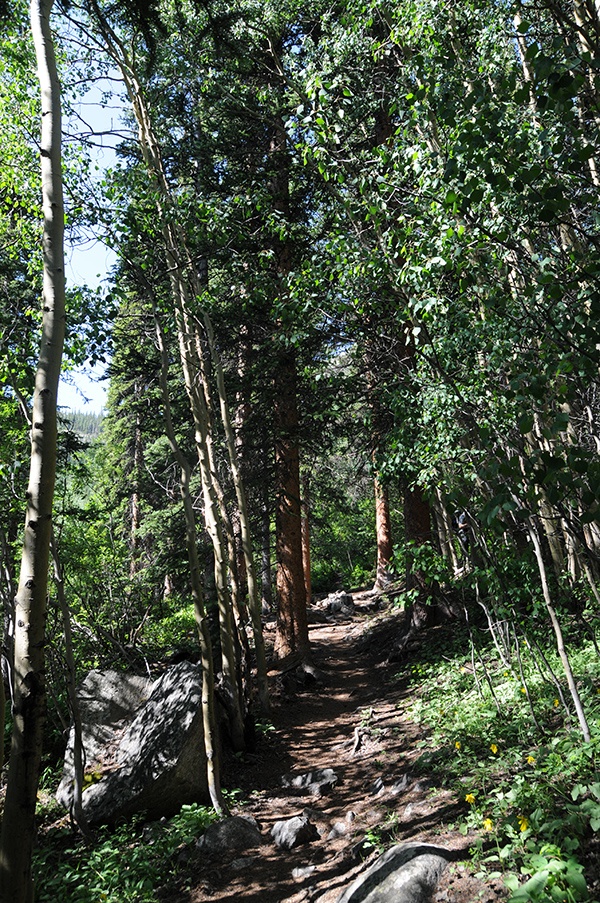 We hiked for a long time and slowly in the distance we heard water. Then we spotted a waterfall, a really big waterfall. And a little while after that we came to the source of the waterfall. 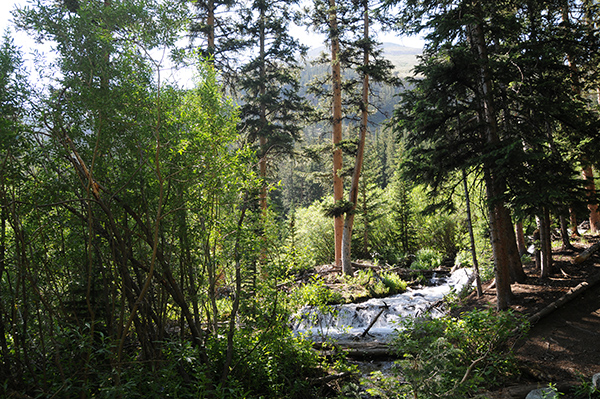 And for some reason we didn’t expect to have to cross the stream because the trail continued along the trail without any hint of a crossing, that is until we came across the log bridge that was only big enough for one person at a time. This was going to be fun!