We decided that because we didn’t have anything planed in Costa Rica we would sleep in so we woke up around 8:30 am (Central Time) and decided to take a mile walk on the track. One mile on the track is six laps which gets boring very fast so we decided to head to the shops to see what we could find.

The shops on the pier were under a very large tent and there were rows of small booths with vendors selling all kinds of carvings and trinkets. It was a great setup and they had some really interesting stuff. We bought some little frog toys and a few flutes shaped like birds. Then we headed out of the port area to explore the town and local shops. The shops nearby the port sold similar stuff to the things we had just seen but there was much more to choose from. In one store we found wooded flutes with painted faces on them. The faces looked much like a grimacing baboon and even had teeth… real teeth! I almost wanted to buy it just for the freaky factor but I couldn’t get past the fact that these looked like human teeth and they weren’t exactly shiny and clean either!

We headed down to the water through a small park full of palm trees. 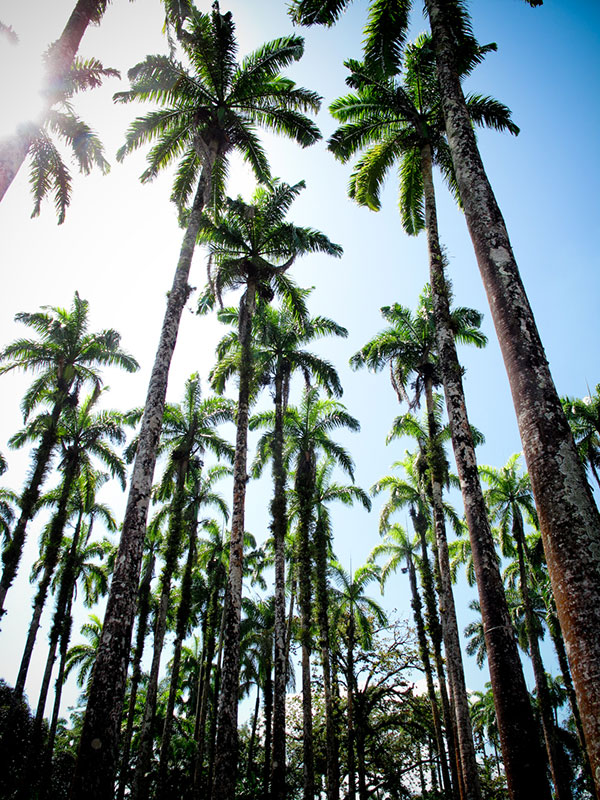 It was a nice park and there were many people sitting and talking. When we got to the water we realized why the nearest beach was a long taxi ride from the pier, apparently the coastline near the pier was mostly reef and wouldn’t be good for swimming. 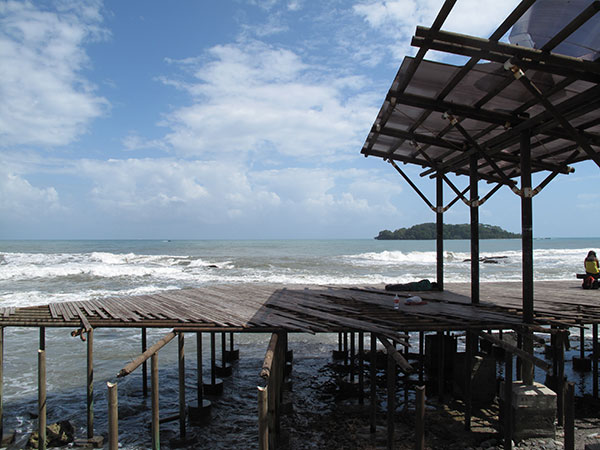 Before heading back to the ship we bought two coconuts from a kid on the street for $2. 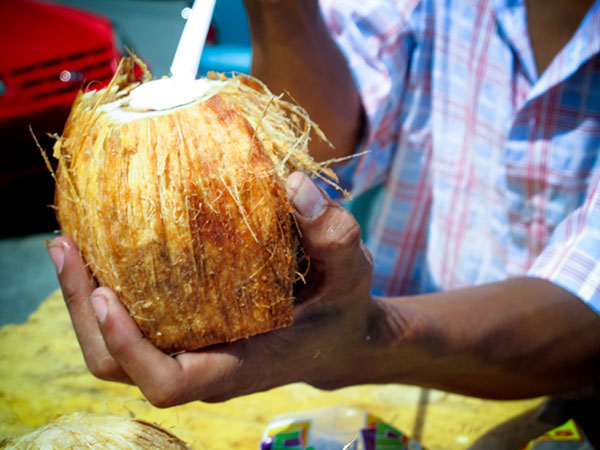 He opened them for us with a machete and gave them to us with straws. They were good and the fact that he still had all of his fingers was very impressive. Then after we finished the water he cut them open for us so we could get to the meat! All for $1 per coconut! I would have charged $10 but he had two competitors within 20 feet so I guess that keeps the prices low.