We were told when we got off of our bus that we would have a different bus and driver on the way back and we did. This bus was newer and the driver was accompanied by another person in the same uniform. All of the busses pulled out of the parking lot in order and started our trip back from Panama City to Colon where we would get back on the ship. Then something strange happened, all of the busses took a left exit and our bus continued straight. We ended up on a small two lane road in a rough looking area, then turned left as if to get back on track. The neighborhood got worse and worse and there was no explanation from our guide who had not stopped talking all day until now.

We continued along what appeared to be an on-ramp but it was only to a larger road where we pulled into a gas station. The extra person in the bus uniform jumped off and the driver went into the store. 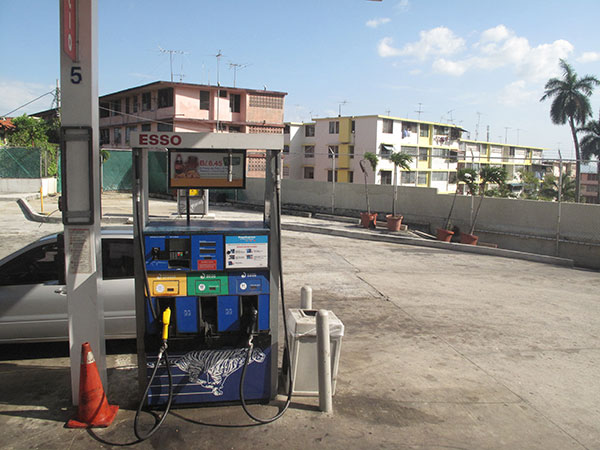 Finally our tour guide informed us that because we had a new bus we needed gas so we would be safe when we reached Colon. I’m not sure if that made me feel better or worse, but I could see a guy adding gas to the bus so the explanation appeared to be good. My question is, what were they doing while we were on that ferry boat for the past 4 hours? Couldn’t they get gas then?

After filling up we were on our way again, it was an hour back to the ship and we were more than happy to get a nap when we returned. Our 6 hour tour ended up taking 8 hours and it was hot and crowded the entire time. But now we can check the Panama Canal off of our list, unless we need to cross by boat again we won’t need to go back.

I’m not sure what was going on after we returned to the ship but we stopped in the Windjammer for a snack and found some really crusty silverware wrapped up in the napkin that I grabbed. 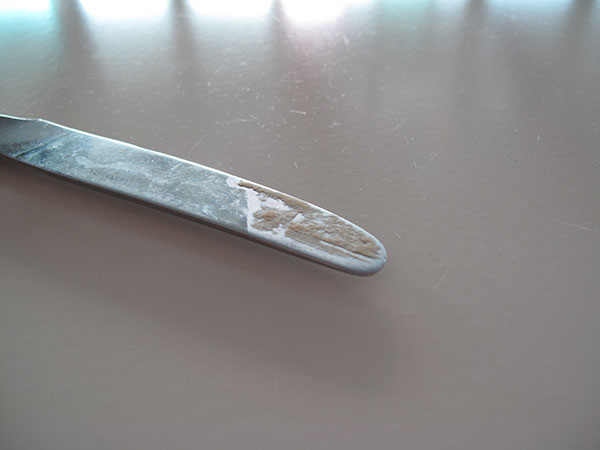 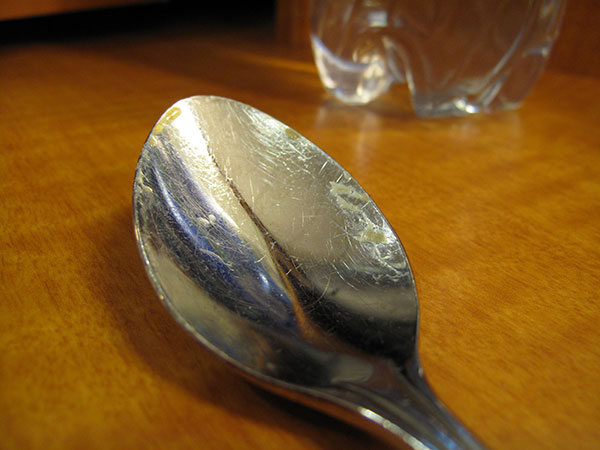 This wasn’t the only time today either, we had more dirty dishes show up when we ordered an appetizer to our room before dinner.

We were also getting sick of the photo guys. It’s the same 4 poses every night and they won’t let you modify it. They seem to have no concept of what might look better for different body types or how to arrange a couple to show off a fancy dress or pair of shoes that someone packed for a special dinner on the ship. Not to mention they only take four photos total each time. Maybe we were reaching our limit on being away from home.

We called it an early night after dinner because we were going to be in Costa Rica in the morning and we wanted to try to find something to do on the internet in the morning when it was cheeper to be online. If we can’t find anything on shore we will just wander around a bit then sit by the pool on the ship for the rest of the day.