We pulled into the first of three locks at the Pacific end of the canal where two line handlers employed by the canal joined our ship to manage the bow and stern lines as the water level in the lock dropped. 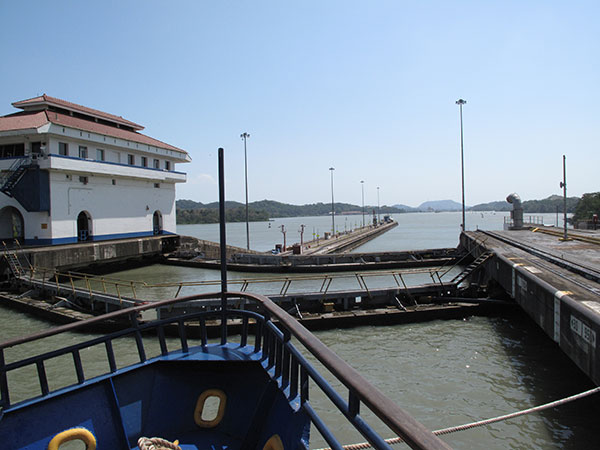 It is the dry season so to conserve water we were joined in the lock by two sailboats a catamaran and a car transport ship. 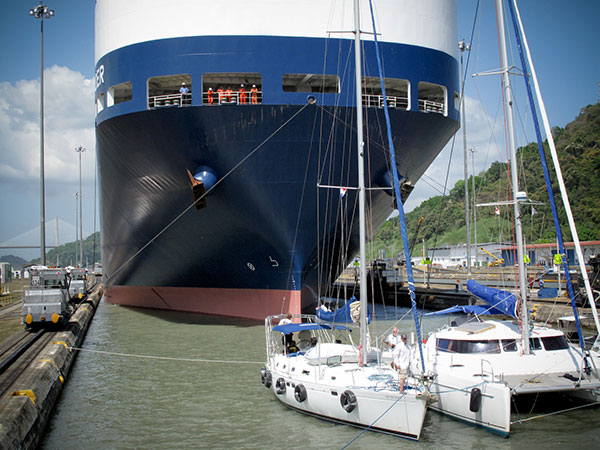 Once we were all arranged in the lock the rear doors were closed and the water level began dropping pretty quickly until we had gone down 33 feet. 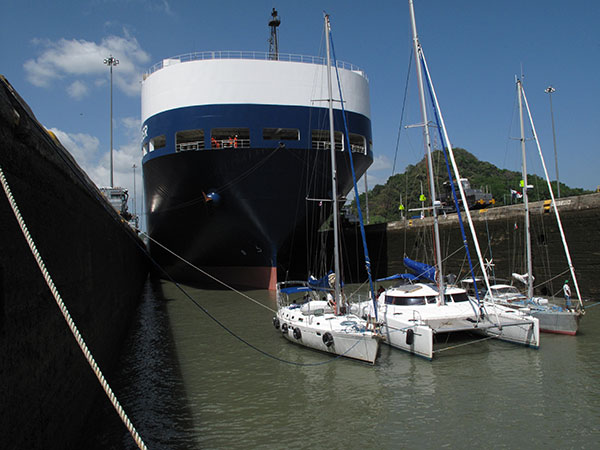 The gates in front of us opened and we passed into Swan Lake where we headed to the final two locks. 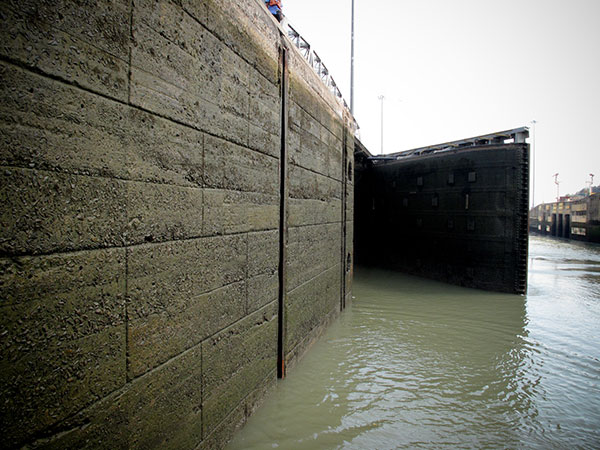 The visitor center for the canal overlooks the final two locks at the Pacific end of the canal and that is where the land tours ended. Our ferry boat was crowded but there were far more people piled onto the platforms watching us as we went through each lock. 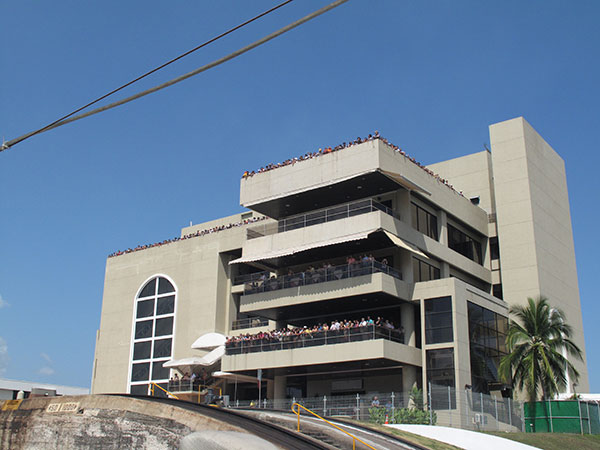 Our ferryboat was also beginning to lean left as we continued our tour. They tried to ask people to move to the other side of the boat to balance it out but we were pretty well distributed the entire trip, so it was probably a leak or something. 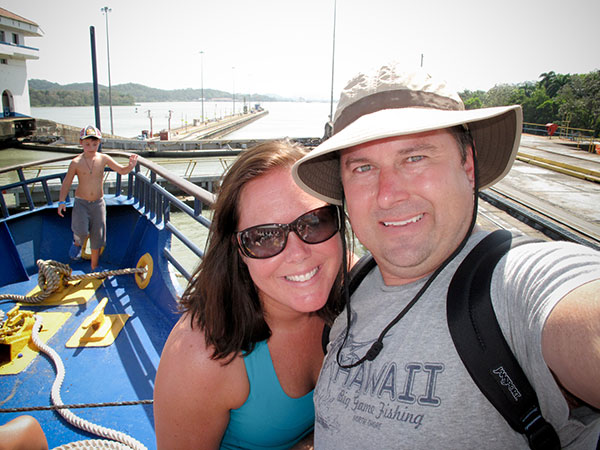 Overall we dropped 85 feet in elevation through the locks and got to experience one of the greatest engineering marvels of mankind. But we were not done because we had an additional 30 minute boat ride to get to the marina where the busses would pick us up again. As we got closer to the marina a pilot boat raced over to pick up the pilot who took us through the locks and we pulled into a quiet marina across from a hotel and shopping center that was much nicer than the dicey area we had seen in Colon on the Caribbean side of the canal.