As the sun began to set we went out on the balcony to watch the city lights come on across the bay. The main part of the city is very impressive from a distance and probably has some nicer areas that we didn’t get to visit. Before we could leave the pier however they needed to untie the ship from it’s moorings and that’s when the circus began.

There was a small boat with three guys on it. One to drive, one with a hard hat to unhook the ropes and the third for some unknown reason. The craziest thing about their boat is that it seemed to only have two speeds, full speed forward/reverse and off. They came racing toward the massive concrete mooring then just as they were about to crash they would floor it in reverse and the two guys on the bow would hang on for their lives. It took them about four tries before they finally were able to grab the ladder for the one guy to climb up to the mooring. Then as if they were done the boat with the other two guys would race away.

As the first three of six ropes were loosened the guy threw two of them off of the moorings and the ship began reeling them in, except the third one just tightened up again and one of the loose ropes was now looped around the third one which was now tight. They loosened the rope again, this time after making his way back up the ladder (Oh, did I mention the guy got back on his boat after loosening only two of the six ropes?) he finally threw off the correct rope. This time he stayed on the platform.

They loosened the last three ropes and the guy threw all three off of the mooring and jumped back on his boat. As they sped off the ship tightened up on the ropes reeling in two and the third caught on one of the bolts of the mooring. 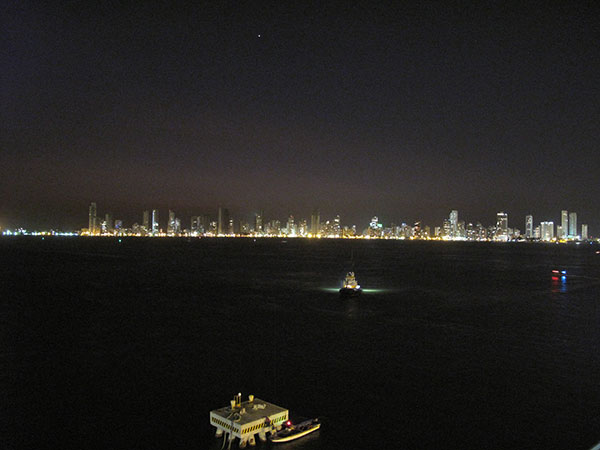 The boat and the three guys raced back again nearly crashing twice before making it up the ladder once again. The guy threw the rope off of the bolt and raced back onto his boat. (You would think he would wait to see if he did it right this time.) Luckily the rope came in with no more trouble and we were back on our way.

It was an exciting day, full of unexpected stuff and plenty of great blog material! 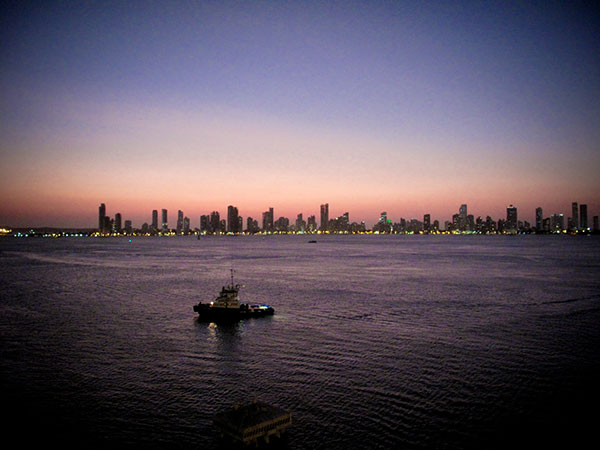