We didn’t arrive in Cartageña, Colombia until noon so we spent the morning checking email and trying to find something on the internet that would tell us what we should do in Cartageña. The internet was not on our side and at $0.55 per minute and having an older couple waste our time asking us how the internet worked on the ship instead of the staff. We printed a map of the city and headed off of the ship to see what we could see. 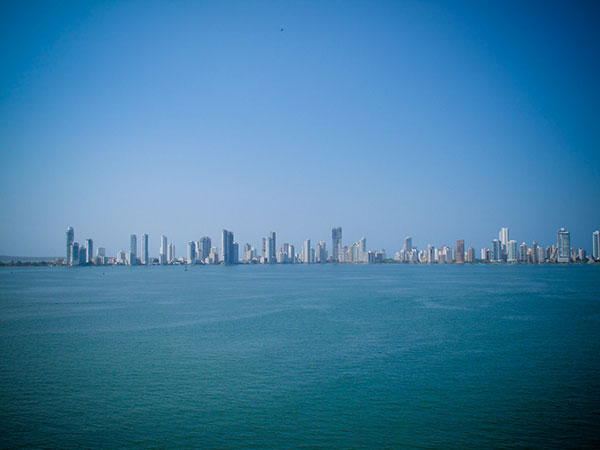 There was a free shuttle to take us to where we could pick up a taxi which was only a five minute walk so we skipped the bus and walked ahead with everyone else. We thought about walking out to town on our own but we quickly realized the language barrier and headed back to the cab line. We decided to find another couple from the ship to share a cab with and found a couple about our age from Ireland (Aiofe and Lee) who were willing to share.

We went to the head of the cab line and were told it would be $20 to go to the Old City. The daily news letter from the ship listed this as a twenty minute ride so we thought $20 was reasonable… Five minutes later we were at the Old City and the cab driver was trying to hustle us for a time when he could take us back for the same price. It didn’t pass the smell test so we sent him packing. (Actually Aiofe was the hero because she couldn’t get him to come down on the price so she told him to get lost. ALWAYS bargain a price if you are in another country… ALWAYS!) There were plenty of cabs and he wouldn’t come off his price.