Our first coaster for the day was Raptor, with a sign out front telling us the wait was one hour. The line was ridiculous, and unlike Disney and Universal there is no Fast Pass or single rider line. The line is the line and we didn’t stop moving the entire time. This is how a line should be, not the messed up system that Disney and Universal have created. 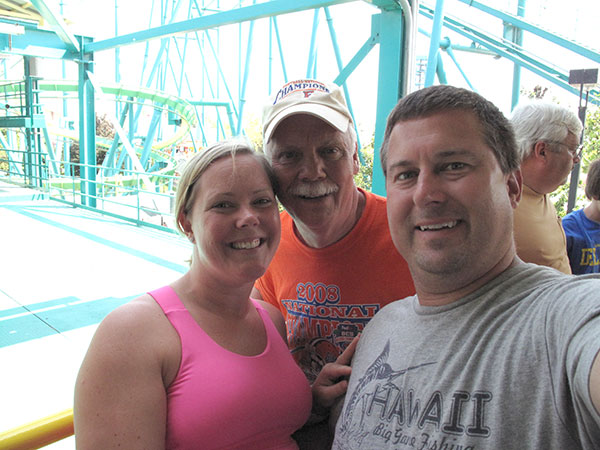 We finally made it to the front of the line and got our seats in the last row. This coaster hangs from the top so your feet dangle, it is about a one minute ride and it was awesome! We flipped and spun all along the track and when we were done all I could say was, “Dueling Dragons just got punked!” 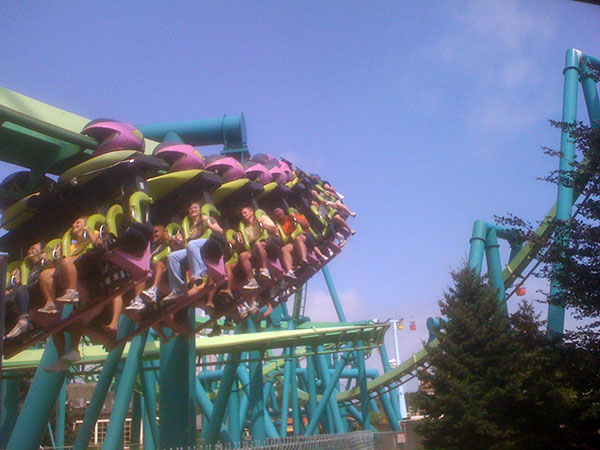 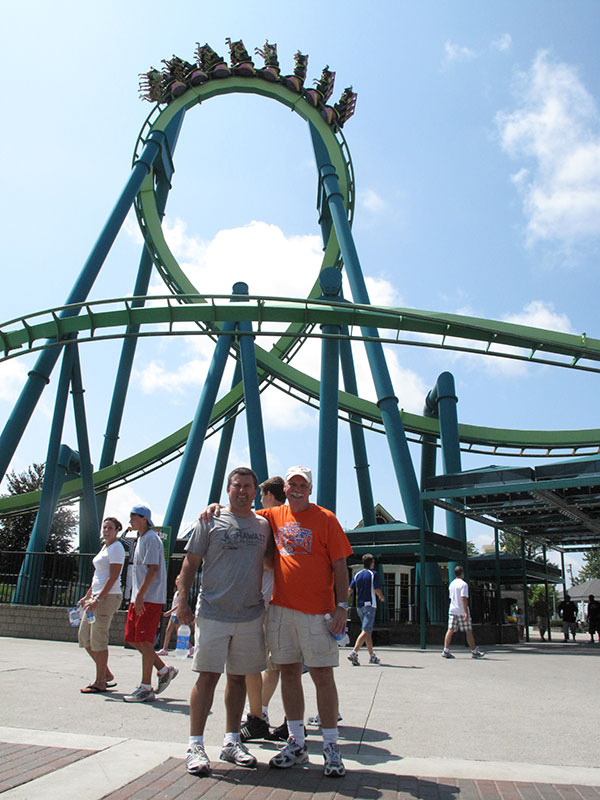 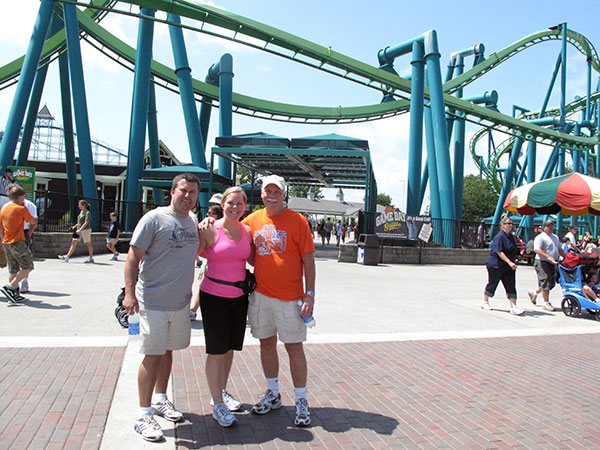 Then we decided to skip ahead a bit and ride the Mean Streak which is a wooden coaster at the back end of the park. It was a much shorter line and very cool to have the line wander through the track so we could watch the train blazing around the massive wooden frame. When we stared up the main hill, Sandra said she was getting nervous about this one. Not me, I was excited, this thing was massive! 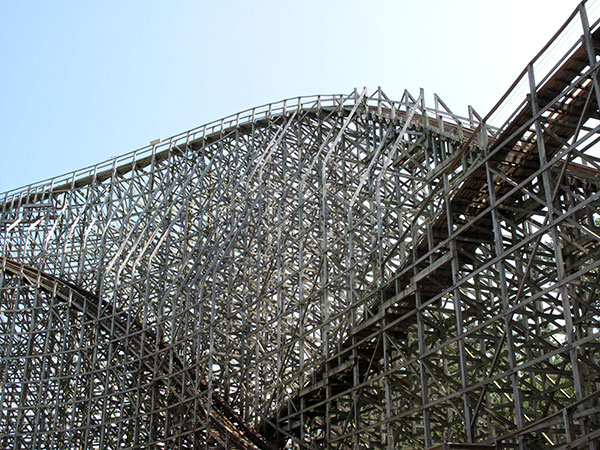 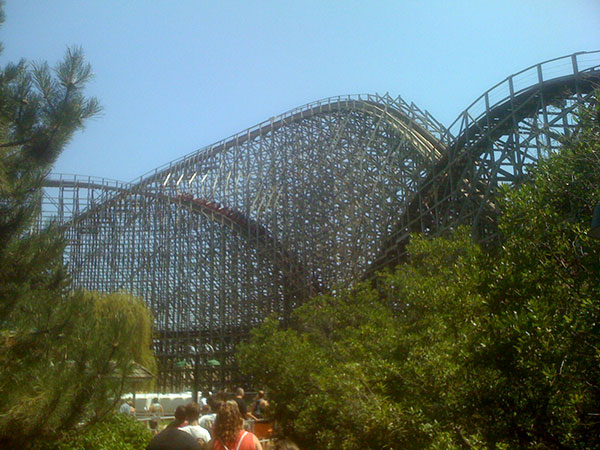 As we headed down the first hill the coaster “Mean Streak” began to show us why it was so mean. That track shook and beat us down the hill, then jerked and pounded on us up the hill. I was beginning to wish I was locked in a small cage with the dogs instead of on this damn torture device. About a third of the way through the two minute ride I had a headache, I couldn’t wait for this to be over. Nobody was screaming or hollering like other coasters, we were all just hanging on for dear life.

Finally we pulled into the station, “That sucked!” I said, and nobody cheered when they asked “how was your ride” something we should have noticed before we got on. Then I hear this little kid behind us, “That was awesome… my neck hurts.” I feel your pain kid, and it’s break time or I’ll wait in the car while Sandra and Warren keep riding.

As my luck would have it, they thought it sucked too so we headed to Charlie Brown’s for lunch, Advil and a time out.