20 lbs of potatoes… remember those? Yeah, we still didn’t get rid of them so we demanded that we were cooking lunch and headed back to the cabin to began cooking. As it turns out our oven was only large enough to hold 10 lbs of potatoes at a time so the extra 10 lbs was going to be donated somehow.

While the potatoes cooked we folded our laundry, cleaned up the cabin a bit and took the dogs on a walk on the trails. We could hear Rich somewhere ahead of us cutting wood for the winter. 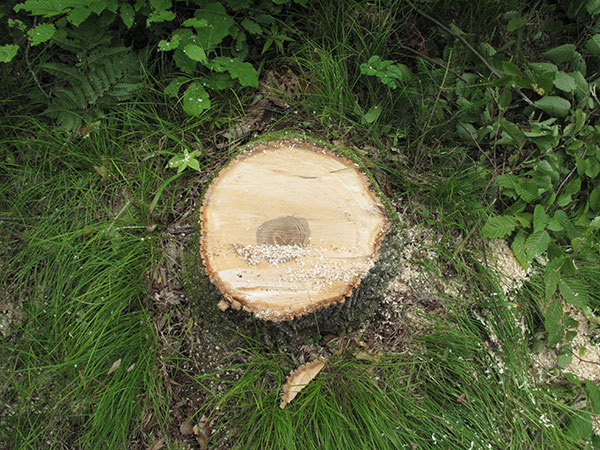 The dogs love it here, the freedom and new smells are keeping them busy which is probably why they are sleeping so well at night. 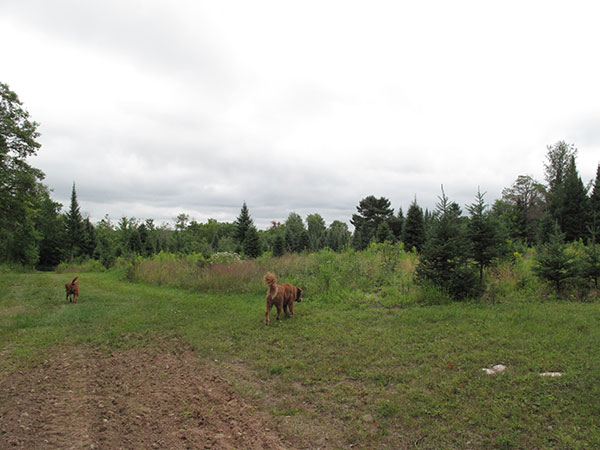 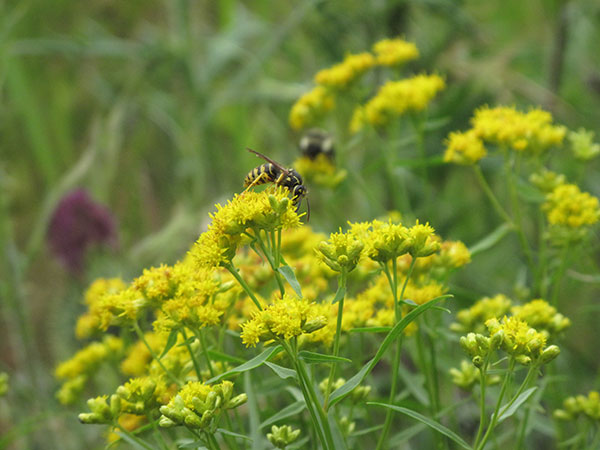 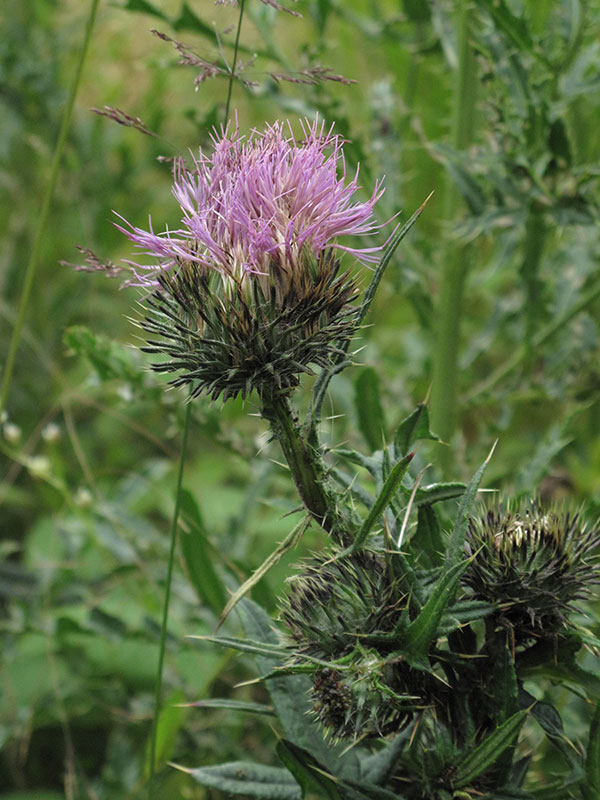 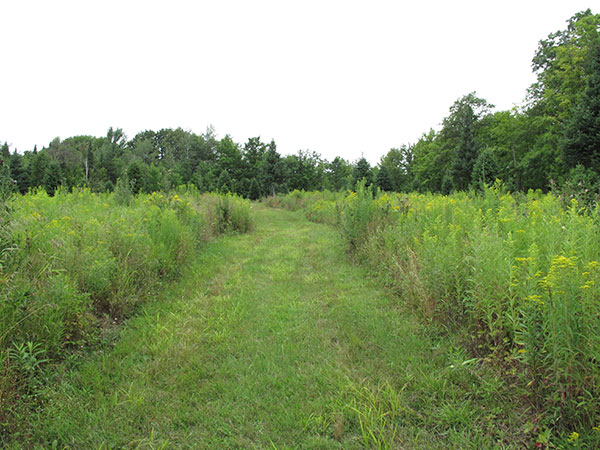 We headed back to check the potatoes and let them go for a while longer. Then we headed up to the raspberry bushes again, we had given our last batch away at the lake so now we needed some for us. 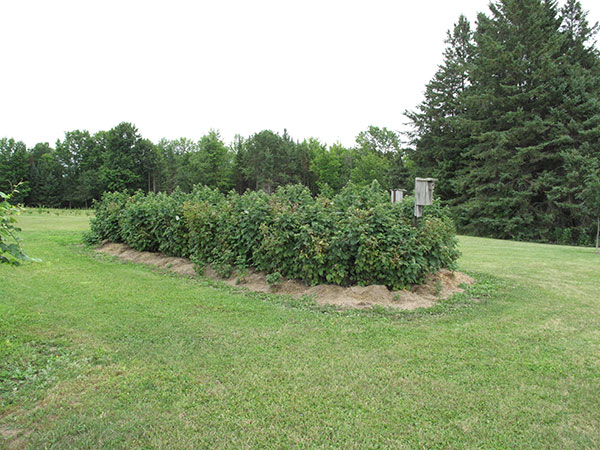 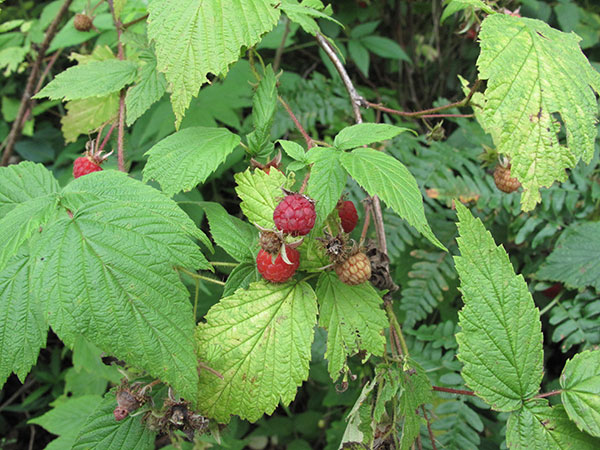 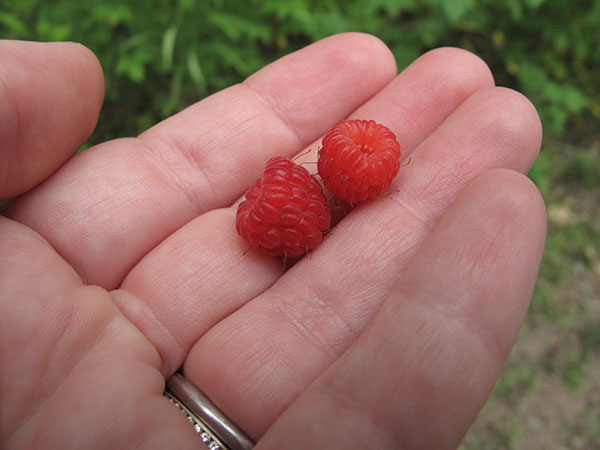 As we were picking, Rich came up to the house and walked over to see how the picking was going. He told us they had picked 20 quarts themselves and were already sick of them. It was amazing how many berries there were. We finished picking what we needed and Rich said he and the beagle were off to feed the bears. (He is a hunting guide and very good at hunting bears)

Finally after 1.5 hours our potatoes were done so we loaded up the food and the dogs and headed for the lake. We pulled up to find Bob and Brandon playing frisbee and everyone else looking at old photos and sharing stories. Brandon asked where we had been and we told him we were cooking. Then I asked if everyone had already eaten and Brandon said, “Yeah, we ate. We had brownies and everything.” Great…

We set up our potato bar and fixed ourselves a plate. All this work and food was going to be wasted. Then slowly everyone started making plates and the next thing you know there were only 5 potatoes left! Brandon, that little troll, had crashed the reunion for the other side of the family next door and filled himself up. So not everyone had eaten after all, our potato bar was a complete success!