We woke up and let the pups out to explore, they did their business and sniffed around until Duke suddenly caught a scent and took a 90 degree turn and ran toward a group of 3 deer that had been lying in the bushes across the pond from him. He was in a full sprint when the deer ran off and Sandra yelled for him to stop. The deer were huge and would easily out run the dogs but we didn’t need to scare off the wildlife with our goofy dogs.

After a quick breakfast at the cabin we headed to the lake to visit with our family members before the rest of the reunion showed up. We walked down to the dock to let the dogs get the rest of their energy out. The water was smooth as glass and it was perfectly quiet. 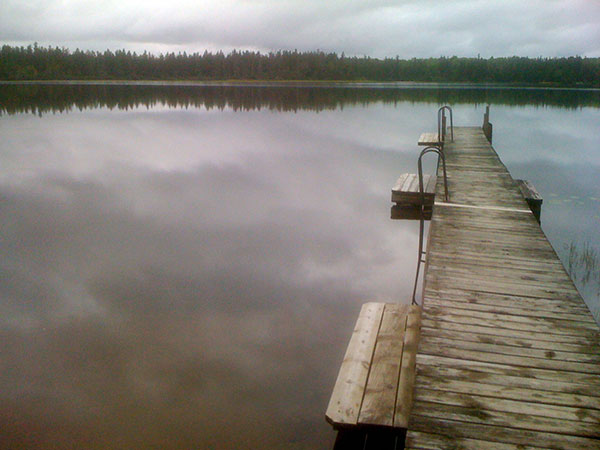 The dogs scanned the water trying to find something interesting and in the distance I could hear someone saying “woof, woof”.

It took me a minute to spot two people in a canoe and another minute to figure out it was Sandra’s cousin Mike and his wife Marianna who were barking at the dogs as they addled closer. They pulled up to the dock and asked if we wanted to paddle around, they had borrowed the canoe from the neighbor and it was such a nice morning we decided to take a turn. 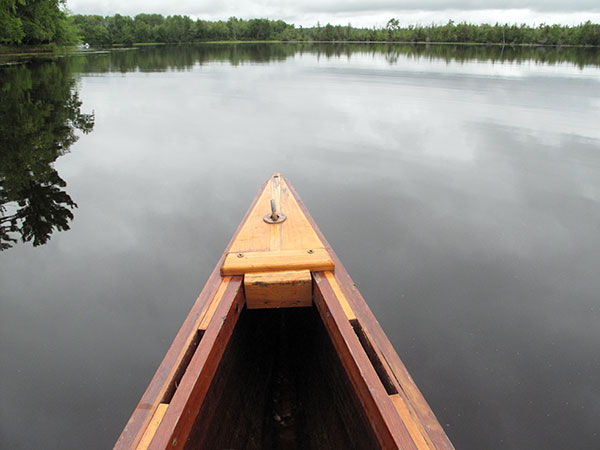 This canoe was nice, it wasn’t the typical aluminum rental boat, this thing was all wood and very solid. It was also much thinner than the last canoe we paddled which made it faster but a little less stable.

We backed away from the dock and paddled along the shore. Duke couldn’t stand it and chased us along the shore wading into the water when possible but never letting us out of his sight. It was cute. 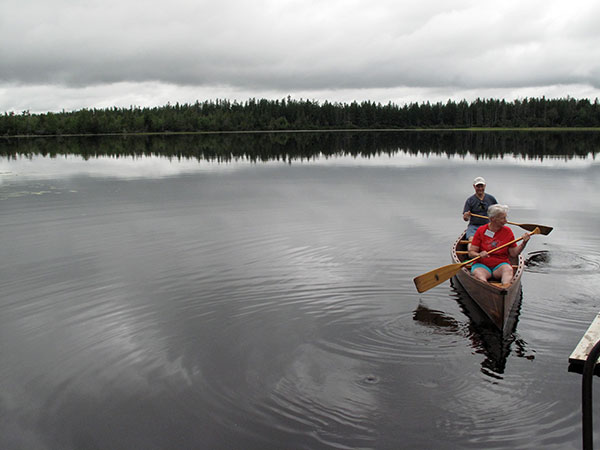 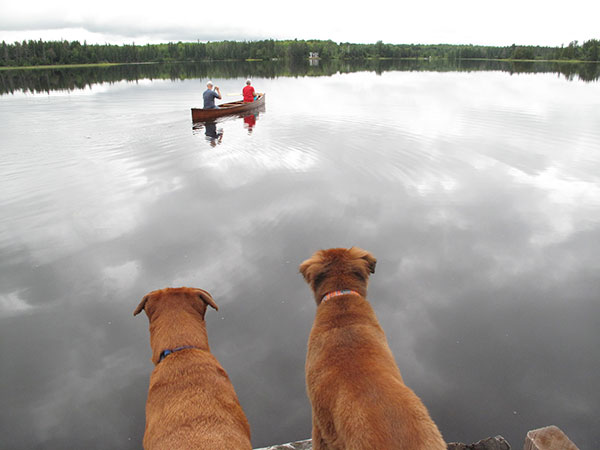 then Sandra’s Dad’s cell phone rang. It was Sandra’s cousin Jeanette, their new van wouldn’t start and they needed someone to come give them a jump start. We volunteered, none of the events were happening for a few hours and the hotel had Wi-Fi for me to send an email so we could help them and send out an email at the same time.

As it turned out a storm durring the night set off their alarm which ran long enough to kill their battery. We got them started and sent my email and headed back to the reunion. 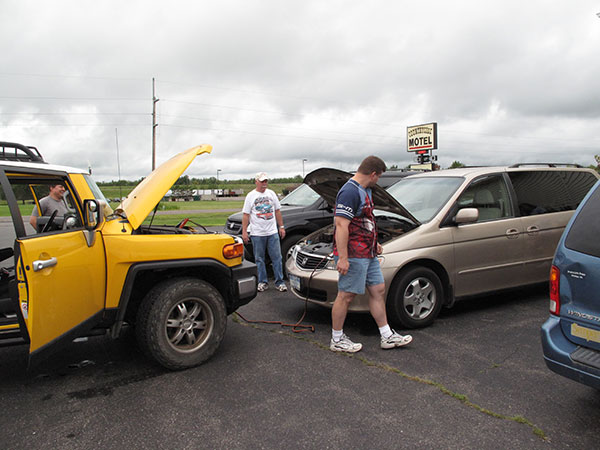