We finally found our cabin and met Rich who took us in and showed us around. 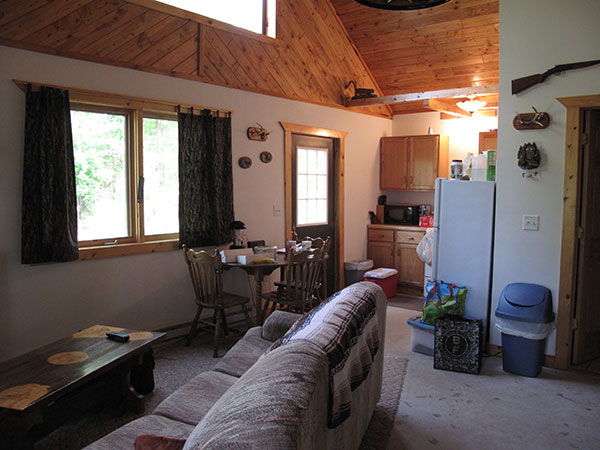 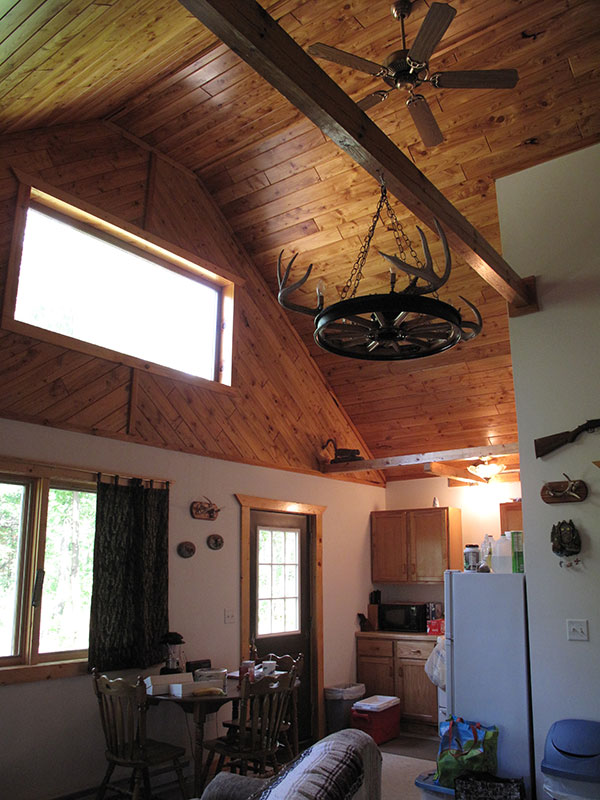 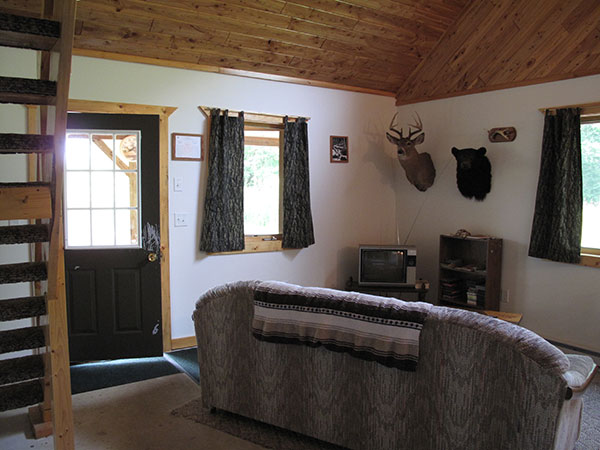 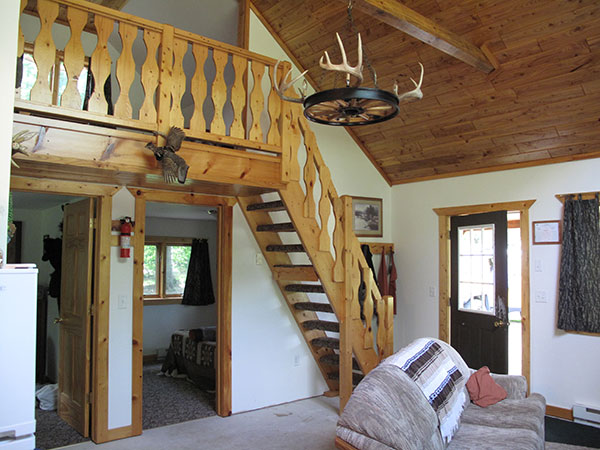 The property was beautiful, Christmas Trees and Apple Trees lined the drive as you pulled in 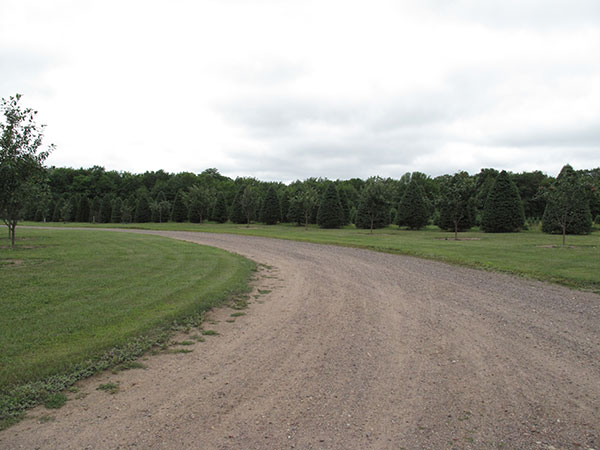 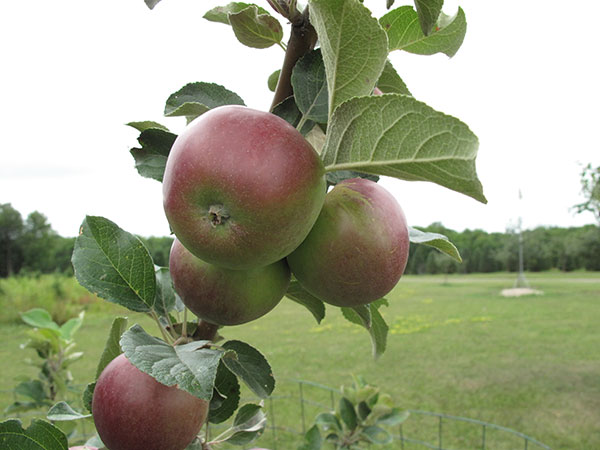 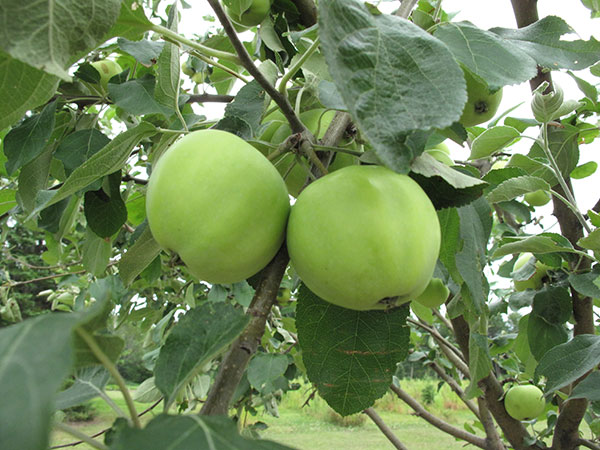 there were two deer next to the cabin as we drove up, the grass was mowed and there were trails throughout the property lined with raspberries. 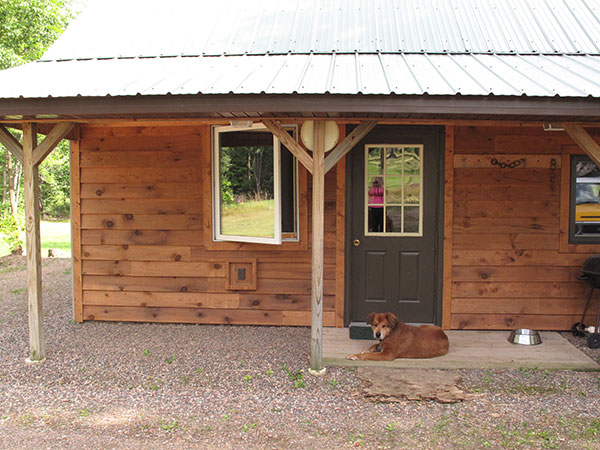 We settled in and unloaded everything from the car, putting the stuff we didn’t need upstairs in the loft. I say stairs but it is more like a ladder, and when I got to the top I thought that the dogs might have trouble getting down and that’s when they both came running up! Now we had to get them back down and I was not going to carry them.

We had Duke come down first, he instantly understood that he needed help as he reached for the first step. I was below to keep him from falling and Sandra was up top holding Goblin back. The stairs were so steep that the angle of their front legs reaching down nearly matched the angle of the stairs so they would basically just slide down. I caught Duke twice as he came down and caught Goblin only once. He is a little more cautious so he learned quickly to take it slow. During our entire stay, they never went up the stairs again.

And of course it was their birthday so we had to give them their bones! 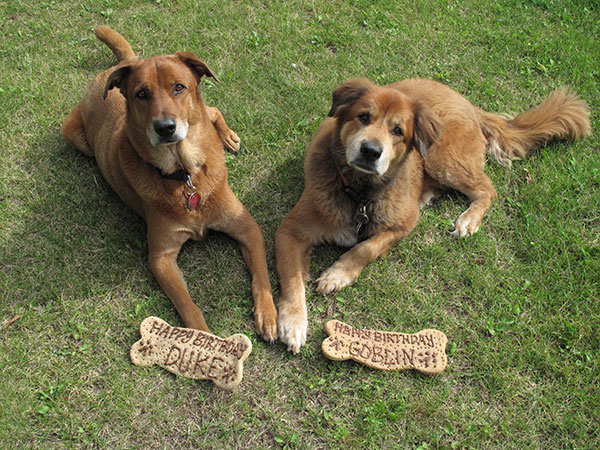 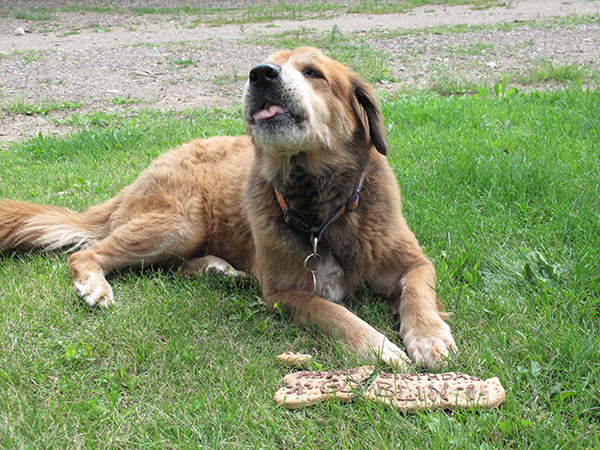 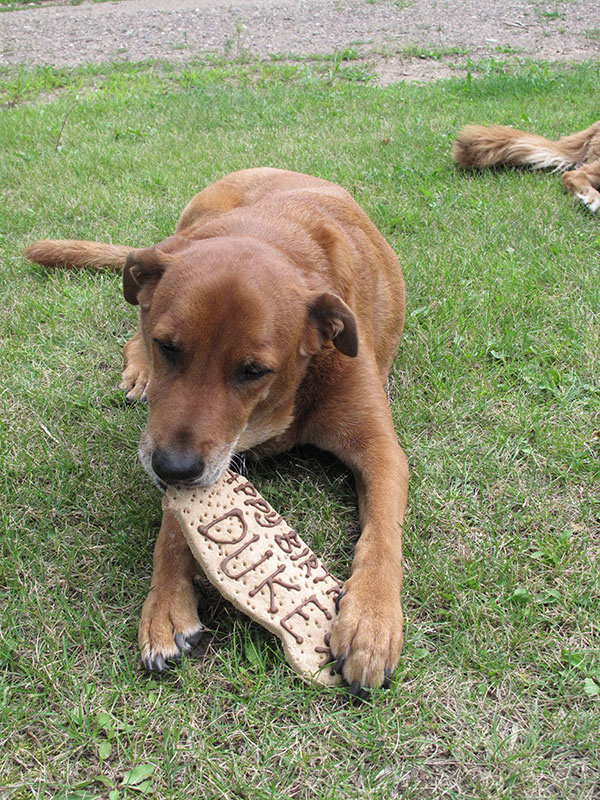