We found a nice grassy area above he people to watch the falls. Sandra rand down to get a close up photo and I sat with the pups. I’m not big on crowds and the dogs aren’t either. 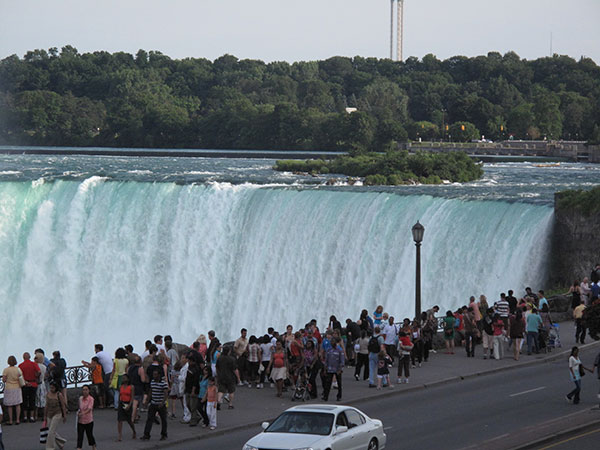 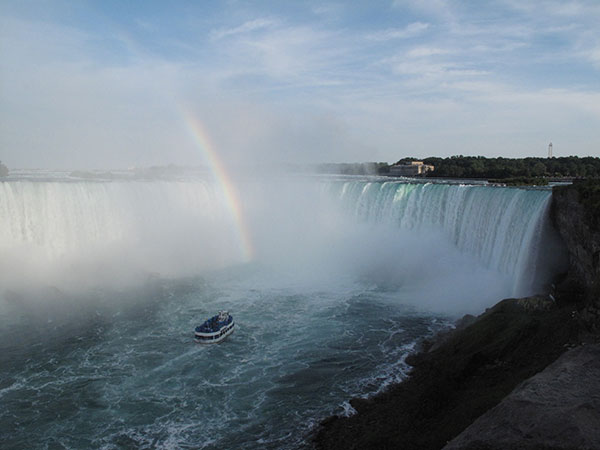 While I was sitting there I noticed several people smiling at me (or really at the dogs) and I noticed all of the muslims scowling at me. When Sandra got back she said those same muslims were taking up the entire sidewalk expecting everyone to go around them, she didn’t have anything to do with that nonsense and stood there while they had to go around her. Such a hate filled, judgmental people, and so many on the Canadian side, probably because they couldn’t get into the US.

We finally had enough of the crowds and headed back to Toronto. Niagara Falls… check! No need to do that again, been there, done that.