We didn’t want to cross the border because the line back into Canada was huge and all of our clothes, computers, etc. were in the hotel in Toronto. It would really suck if we left and couldn’t get back again.

Our first stop was in front of the American Falls. 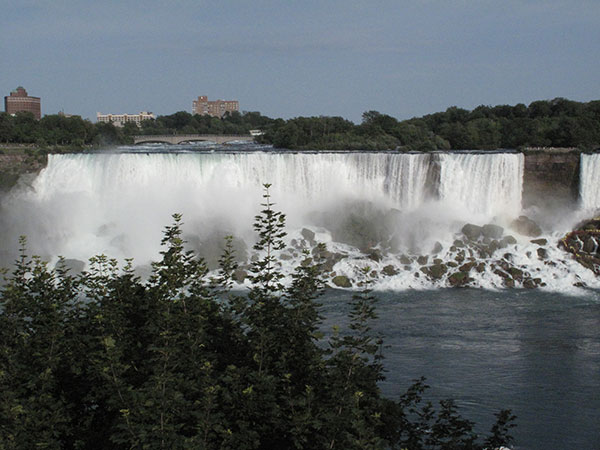 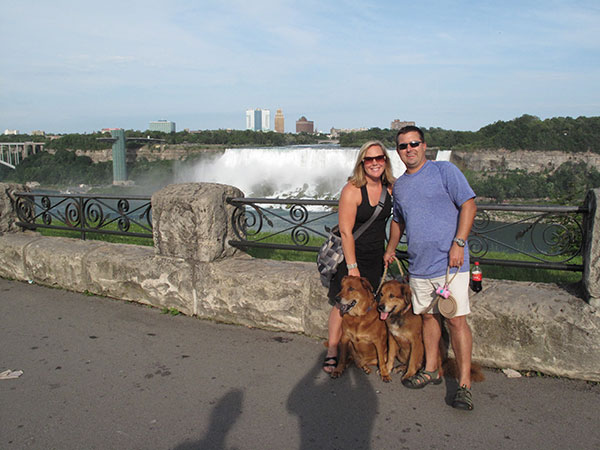 The entire place was over run with people so we found a quite place to take some photos and slowly headed toward the Horseshoe Falls. There were so many people it felt like we were in the middle of an ant mound that had just been stepped on, but the pups were handling it very well.

It’s amazing how many people were diving away from the dogs. They were terrified of the dogs… good! it helped clear some space for us to walk. We found a spot for our famous self portrait when a guy leaned over and said, “Hey, we’ll trade photos with ya.” Great plan! 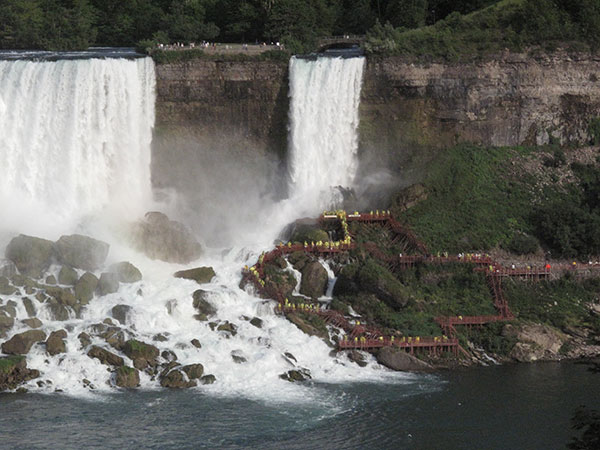 We were having as much trouble as they were getting the falls in to our self portrait. It turns out they were from Charlotte, NC and rode their motorcycle up to Maine then over to the falls. They were road tripping just like we were!

As we walked toward the Horseshoe Falls the sidewalk got thinner and the crowd got thicker. Goblin was getting nervous. We decided to cross the street to get away from the crowd and waited at the crosswalk for our walk signal. There was a traffic guard stopping the vehicles, all except the shuttle bus which came flying past. Goblin didn’t see that coming and he darted backward nearly backing out of his collar. Luckily we caught him and were able to get safely across the street where we found a quiet bench outside of the gift shop. I ran in to get some water for us where I learned the trick they pull on the American’s that walk over the border. You can pay in US dollars at a 1 to 1 exchange, but you get Canadian change. I’ll bet they make millions in small change each year.

Although we were away from the crowds the dogs were still freaked out and wouldn’t let anyone pet them.