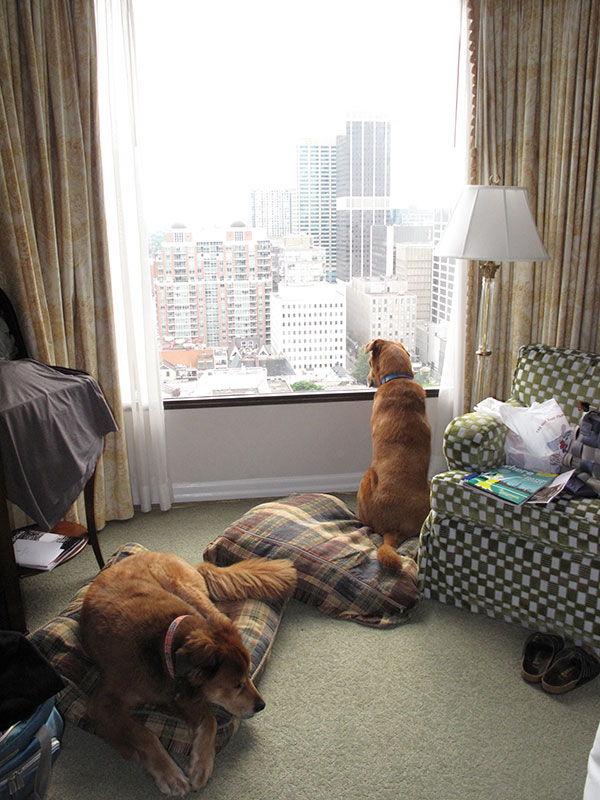 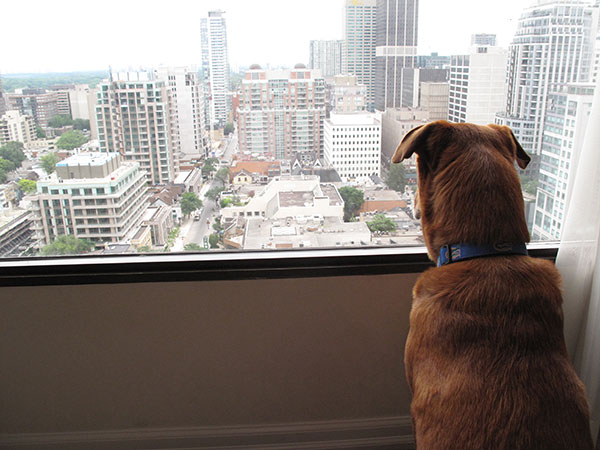 we went to walk the dogs and as we came out of the hotel we spotted a nice little neighborhood across the street and decided to take a walk through there instead of the longer walk down to Queen’s Park.

There were nice brick homes along both sides of the street, most of them Law Offices 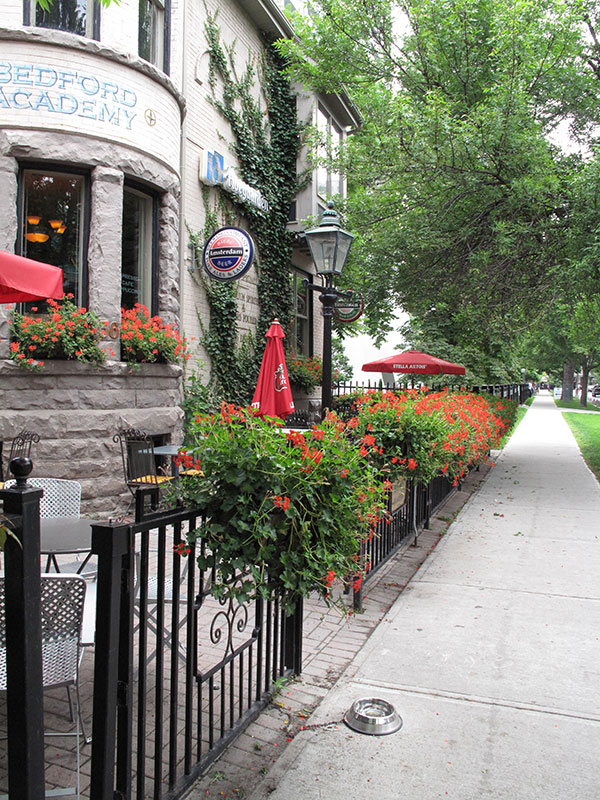 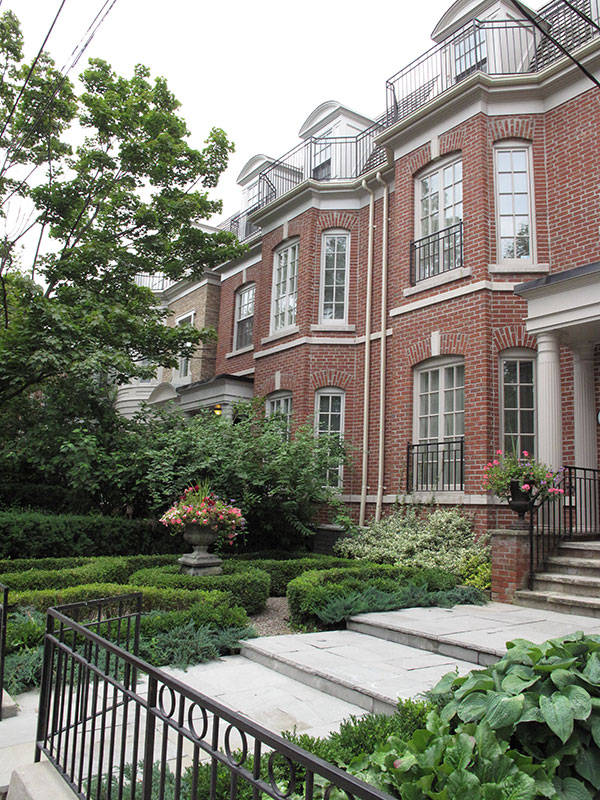 but the really big bonus for the dogs were the large black squirrels that lived along this road. From this point on the dogs were walking us. We walked around the neighborhood for a little while then circled back to Avenue Road to go to Whole Foods for breakfast. I picked out a chocolate croissant and waited outside with the dogs while Sandra went inside to get the food.

Then we headed back to the room to eat on our balcony.

What I didn’t realize was that the Whole Foods bakery also made hot breakfasts so my chocolate croissant didn’t look so good after Sandra pulled out her egg and salsa burrito! That will teach me to not read the menu!

We finished breakfast, fed the boys and headed out to find a laundromat. We needed to wash some clothes so we could look human again. The laundromat was nice and we learned a few things from the experience as well. For example the dollar coin is called a “Loonie” because it has a Loon on it. The two dollar coin is called a “Toonie” as in two Loonies. This was an educational trip after all! My vote is to start calling the quarters “Quties” (Cuties… get it? beause it’s a Quarter and a Loonie combined?) At least I thought it was funny.