We dorve through the White Mountain National Forest where we saw several warnings about Moose crossings. This was great! I’ve still never seen a moose and with any lick we would get our chance on this stretch of road.

We stopped to see the silver cascade, a waterfall on the side of the road. (The same one you see above)

It was raining a bit but we needed a stop because this was a long drive and we didn’t get much sleep. We knew it was going to be rough, but so far we were handling it well.

At some point we stopped to see the Bemis Foot Bridge. 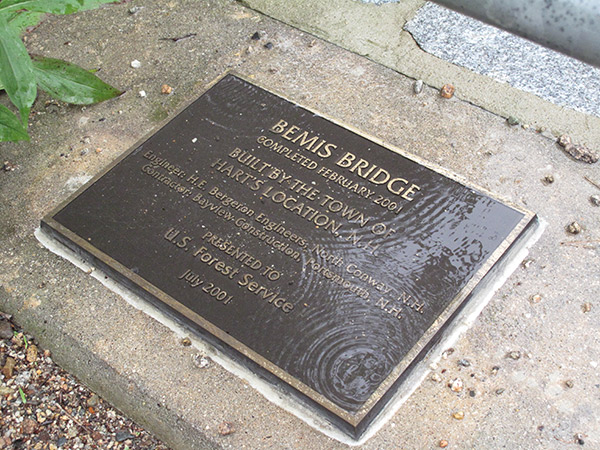 It was another suspension bridge over a crystal clear river. The water was flowing pretty fast over the rocky bottom and although there were several cars parked nearby we never saw a single person. 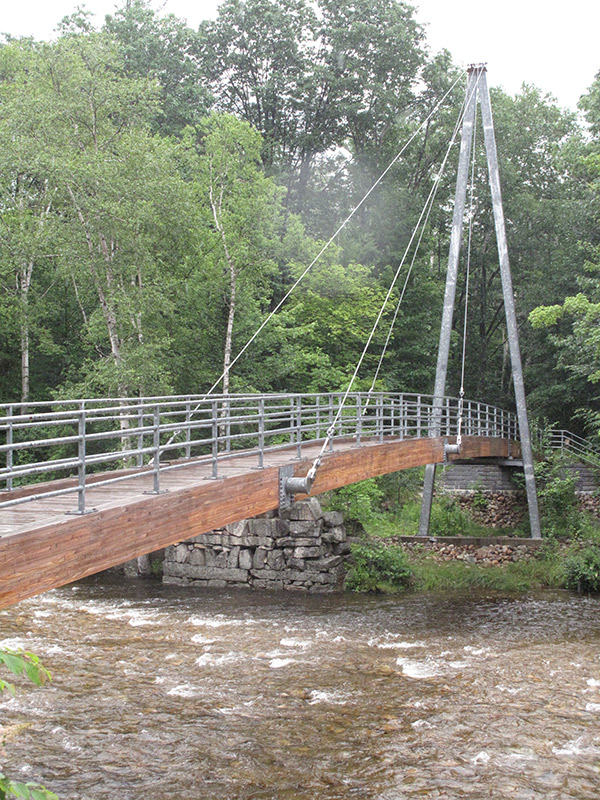 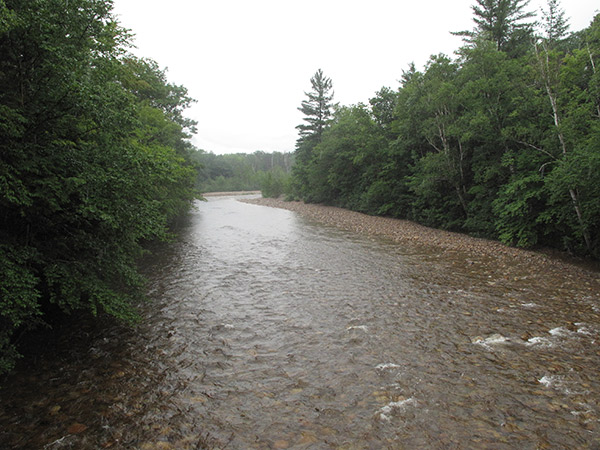 They must have followed the trail on the other side of the bridge into the forrest but we wanted to get down tot he water so we walked back toward the parking lot where there was a dirt car trail leading into the water. On the other side of the river was where the trail reappeared. This was a spot where someone drives across the river fairly often, but we were going to use this spot to get to the river and let the dogs walk in the cold water. They loved this in Gatlinburg!

On the way back to the car Sandra suddenly jumped back and started pulling on Goblin. There wa a small snake under his feet and he didn’t see it yet! He was just calmly turning around and following with a huge smile on his face. In fact neither dog ever noticed the sname, it just made its way into the grass and we made our way back to the car. 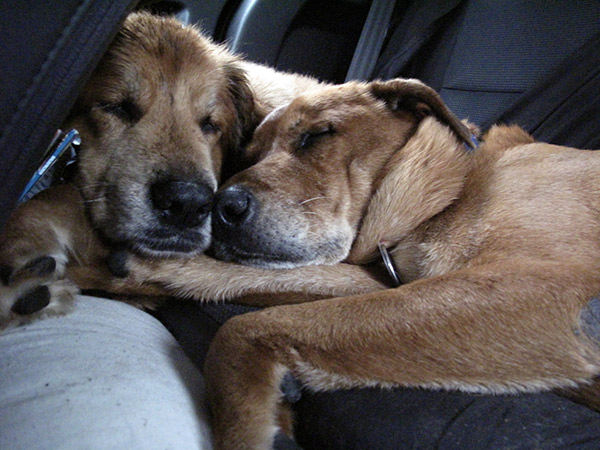