We were close to Portland Maine so we decided to stop in to a Whole Foods because it was the last one we would see until Toronto. On the way we spotted a Wal-Mart and because we needed a few things we decided to stop there first. It was amazing to see what a Wal-Mart could be, ours are total hell to get around in and to get out of but Sandra was in and out in record time and told stories of grandeur that you would never believe about a Wal-Mart. (For reference, this is what our Wal-Mart is like)

The entire shopping center was still under construction, only the Wal-Mart, Lowe’s and KFC/Taco Bell combo were completed which made this a great place to stop because it was lunch time!

So it was back to the interstate for one exit to find the Whole Foods. Sandra was excited to find a juice bar at this one because we haven’t seen that at any of the ones we stopped at since we left orlando. This store was very similar to the one we found in Austin, TX which is where the chain began. Another reason we like Whole Foods is because they always feature local items and we found a selection of local beers at this store and picked up a few for later, Beary’s Summer Ale to be exact, because it was summer and we’re in Maine… or something like that.

We made our way into Portland and headed to East End Park where we let the dogs out for a walk. We then headed down to the water so we could watch the people swim and the ferry boats sail by. It was perfect weather and the park was filled with people picnicking and napping in the shade. It’s the kind of place that you visit and start thinking about moving to. I’m sure it would be worth visiting in the winter before making any decisions. 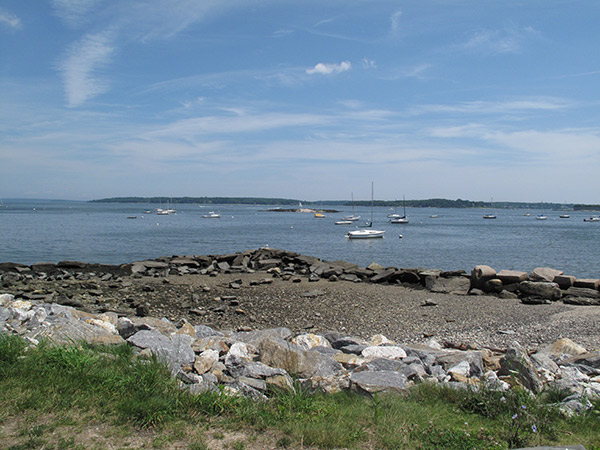 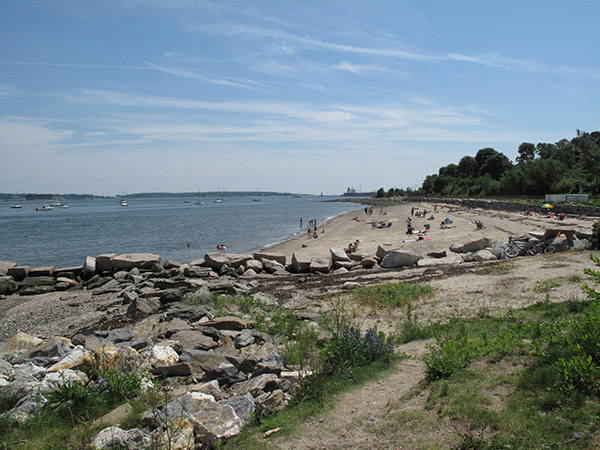 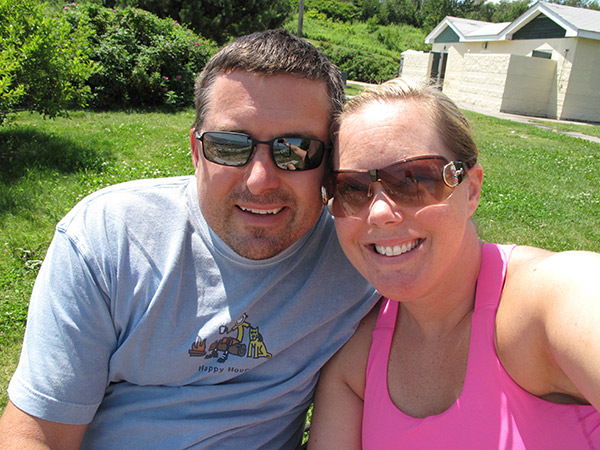