Although the rain had stopped before dinner the drops from the trees were still coming at 7 am when our alarm went off. The sun was out, the skies were blue but the world had not dried up overnight.

As we started to move around the campsite the bugs decided to give us another round. So we formed a plan… my towel and bathing suit had not dried so for $0.25 I was going to throw them in the drier for 10 min while we loaded the car. There wasn’t much organization to loading the tent because it was wet again and the bugs were ridiculous! But we got it loaded up pretty quickly and Sandra went to pick up my stuff from the dryer.

So there’s good news and bad news… the good news is that I only put one quarter in the dryer, the bad news was that the dryer was so hot that it burned my towel to a crisp and melted the plastic clip so that the towel was unusable and my bathing suit was coated with melted plastic. 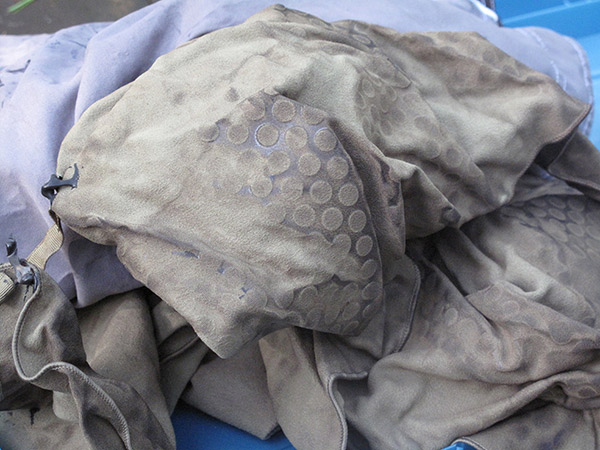 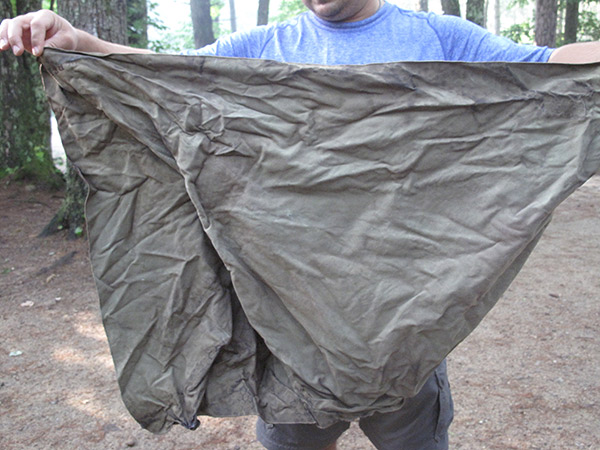 The bathing suit was from Ron Jon and probably out of style anyway but the towel was from REI, it was quick drying and cost about $40 so this really sucked! Sandra went to complain to the staff but all they could do was pass on the message.

We finished packing up while we watched two other cars pealing out as they left this campground in a rush. We were not far behind because the bugs were awful!

As we headed out we not only skipped showers but breakfast as well. Soon enough we passed a McDonald’s and pulled in to get something except the chairs were on the tables, the doors were locked and there were notes on the drive thru speaker. This place was closed, and when a McDonald’s closes it’s for a health issue that we decided was not worth participating in so we drove to a gas station a few miles away and picked up some snacks.