There was nobody at the lake when we arrived except for the three people arranging the kayaks. 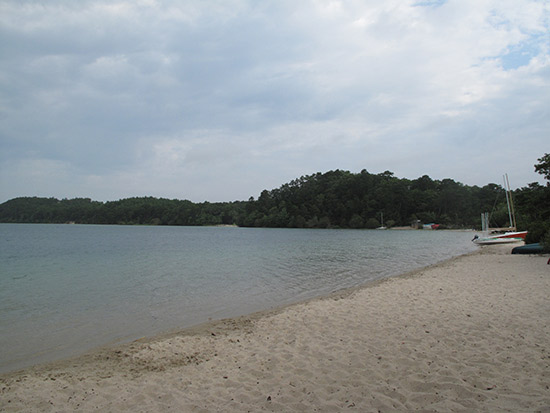 We did our best to get the pups to swim but they would only go in as far as they could stand. 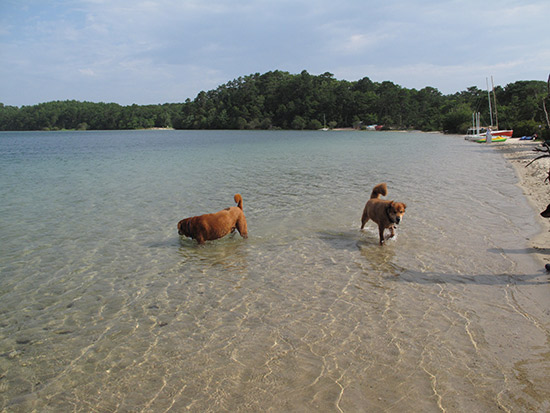 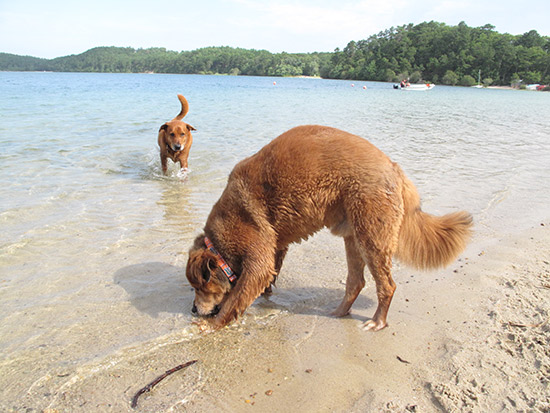 As we were swimming in the frigid water (remember we’re from Florida) we noticed one of the boats on the beach said, “Day Camp”. 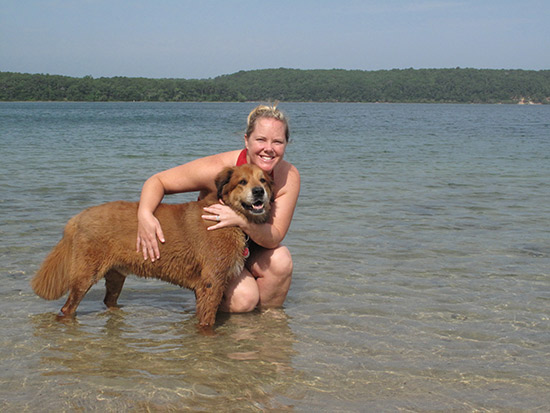 Shortly after we noticed a school bus pull up across the lake and a steady stream of kids began running what had to be a half mile around the lake to the beach we were on. That’s when we headed back up the trail for showers, Duke and Goblin would probably freak if that many kids all swarmed them at once and we probably would too! We never actually saw the kids on the beach but we could hear them being read the rules and being told what the games were for the day.