We headed for Providence, Rhode Island the home of Brown University. We wanted to see the campus and of course pick up some stuff because, after all, we’re the Browns!

Providence was a short drive for us, which was great on 3.5 hours of sleep and we had plenty of time to explore. The first thing we found was a pedestrian bridge over I-95 that lead to a park. We let the dogs walk for a bit and took some fun photos with the Canon G-10. 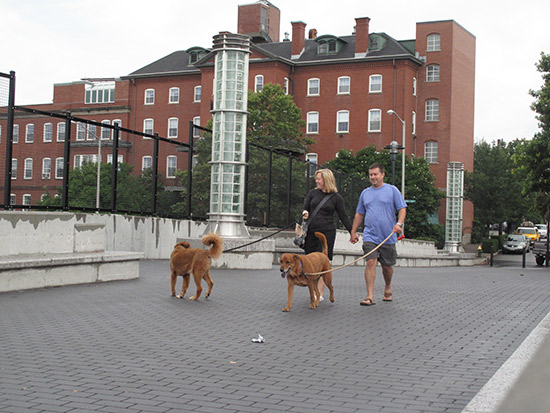 Then Duke decided he wanted to drive and I had to wrestle him out of my seat! 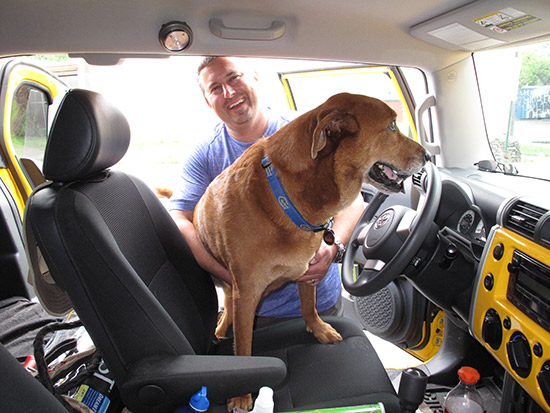 But it wasn’t fun without someone for the boys to play with so we found Gano Park where three other dogs at the dog park and a pretty serious soccer match in the people part of the park. But our pups are “afternoon dogs” meaning they don’t play in the morning so not much excitement here.

About four blocks away was Brown University founded in 1764 before the United States was its own country! 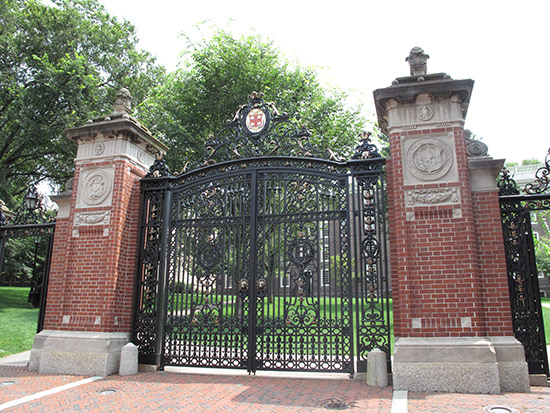 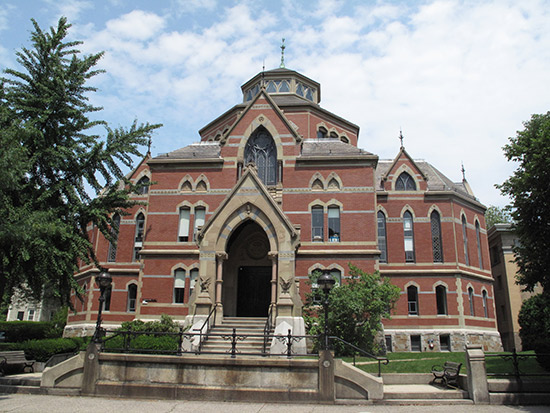 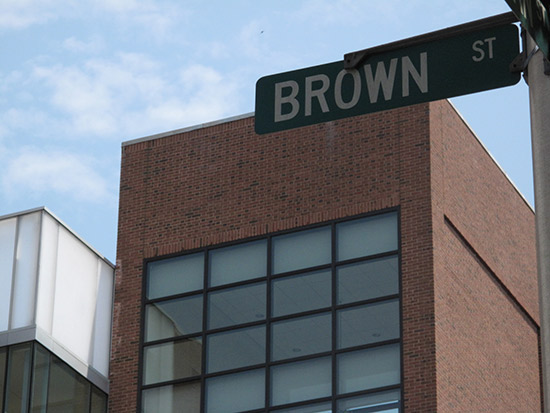 It was a very well kept school but also pretty small compared to the University of Florida where we both attended. The pups got some attention from the students and campus visitors as we wandered around. Being Browns themselves as well as being Brown in color made them pretty popular! 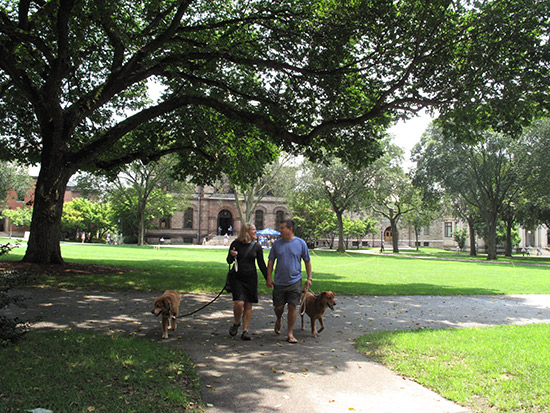 Actually it was because they were the only dogs on campus, unlike the University of Florida where any grassy area has at least one dog chasing a Frisbee or a squirrel.

We eventually found the campus bookstore and got a Brown sticker. We would have picked up a few t-shirts but their supplies were severely lacking. (Doesn’t say much for the Brown University School of Inventory!) Then we found the Meeting Street Cafe where we could eat outside in the nice weather. I had a burger and Sandra had a turkey sandwich. Both were huge, in fact this meal doubled as dinner later in the day. 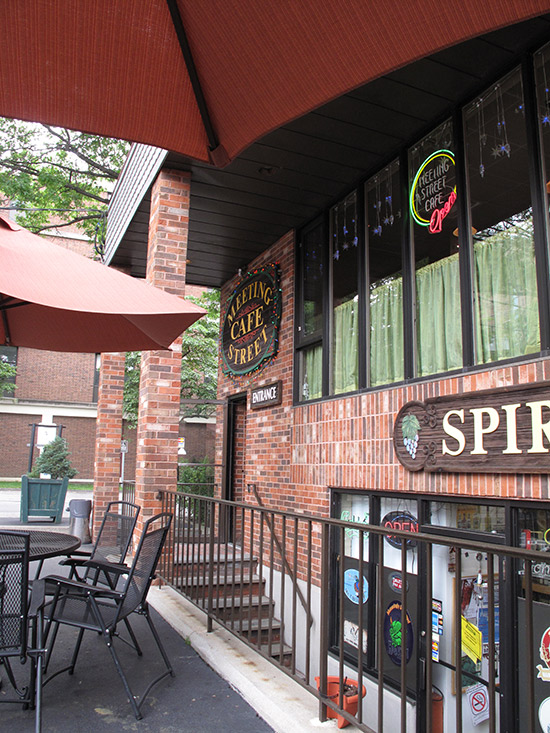 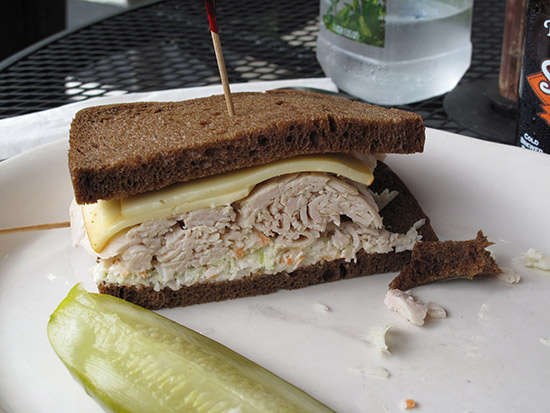 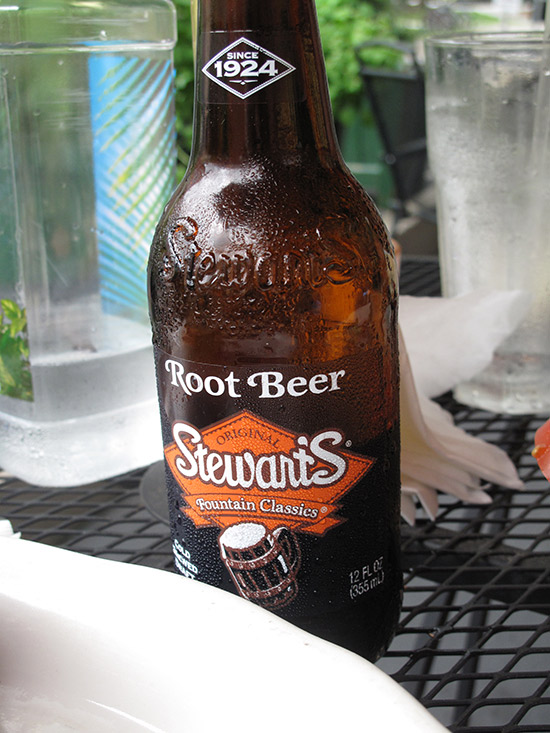