The ride on the ferry was 2.5 hours and the breeze was great. Sandra was antsy and walked all around the ship. 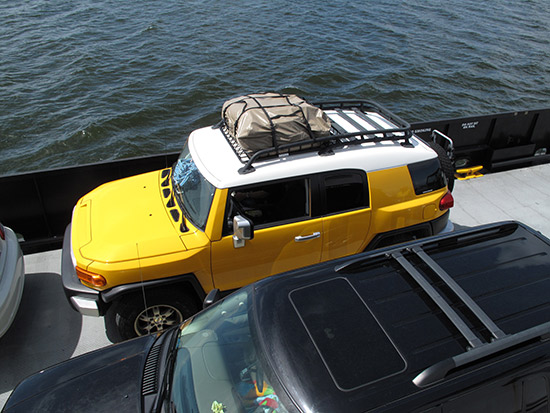 I was considering taking a nap but was curiously watching some morons feeding seagulls from the front of the boat.

If you don’t know, birds make a mess of a car and in this case a flock of seagulls over a ferry of cars being fed by some non-English speaking morons made a mess out of several cars. Luckily they soon ran out of bread.

At one point we got out of the car to give the dogs some water. They thought it was very cool, the water rushing by, the birds flying low and all of the attention from the people! But it was very hot and no shade so we put him back in the car where they were out of the sun and had a nice breeze. 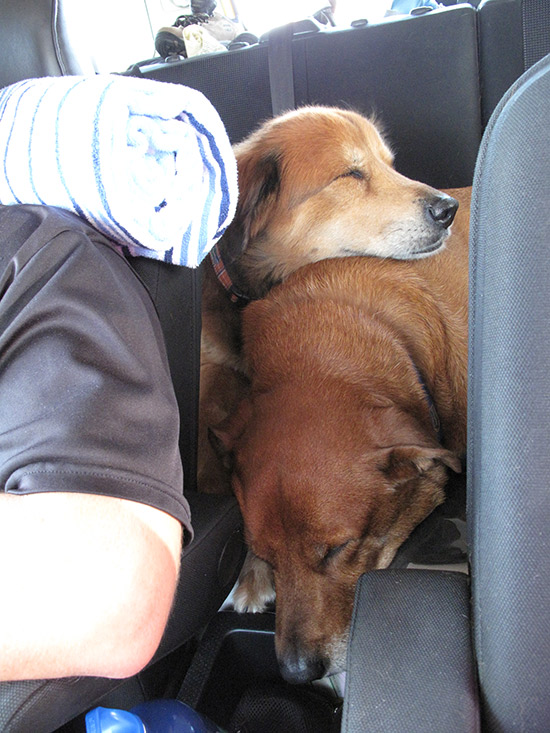 Believe it or not a 2.5 hour ferry ride goes pretty fast and we landed on Ocracoke excited to see the lighthouse that was built in 1823. It was pretty easy to find because the town is very small and so was the parking area for the lighthouse! 3 total parking spots! 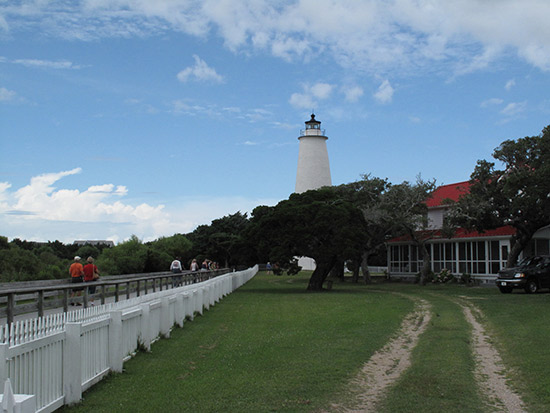 It was actually surprising to us how developed the island was. We thought it would be a road, a beach and a ferry at each end. The good thing about discovering a town was that we had new options for lunch! We stopped at the Back Porch sandwich shop and had a picnic lunch with the dogs. The Hawaiian Chicken sandwich was awesome! 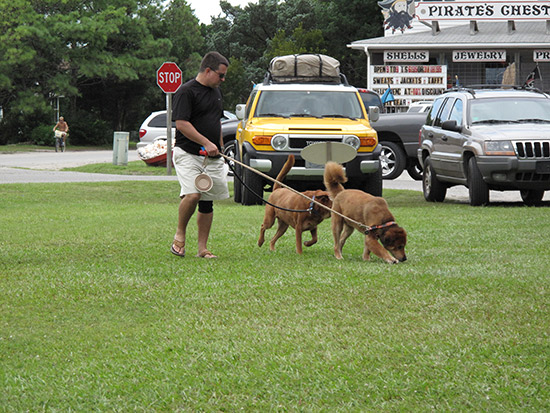 Then we headed out to find our way to the beach. It was amazing how fast civilization vanished as we drove North. We quickly learned that to access the beach all you really had to do was find a place to pull over, so that’s what we did and that’s when the rain started.

We sat in the car and waited as the rain poured down. The people in the car in front of us were running off of the beach with their chairs and diving for the car. They (or at least the guy) had been severely sun burned on the front of his legs from about half way up his shins to the bottom of his shorts. Apparently he was having too much fun sea kayaking to think about sun screen… I’ll bet he won’t forget next time!