We found two hotels in the area that took dogs, Atlantis in Atlantic Beach and Holiday Inn Express in Morehead City. Atlantis was $235/night and $30 for the dogs. When we pulled into Atlantic Beach we spotted a Sheraton next to Atlantis which was $289/night and $19 for internet. These people are on crack for sure! Most of the businesses on the island were closed and the hotel parking lots were looking pretty sparse as well. Looks like it’s the Holiday Inn Express at $119/night and $25 for the dogs. (Internet was free) That’s only $119 more than we intended to spend for this stop. 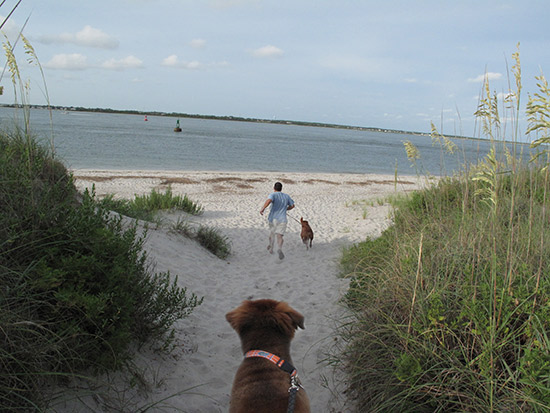 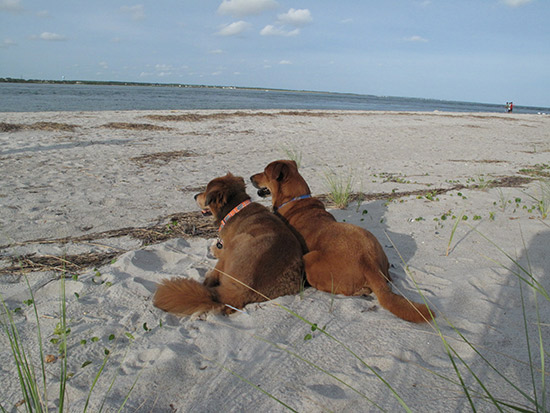 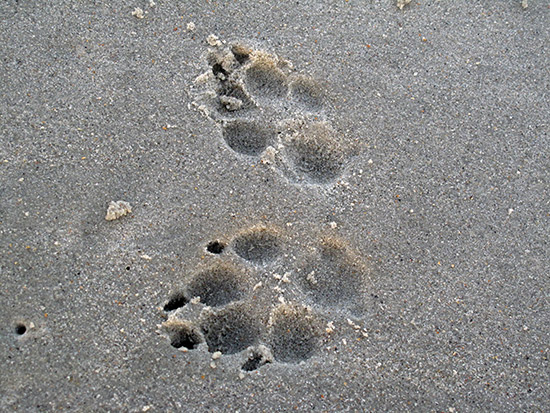 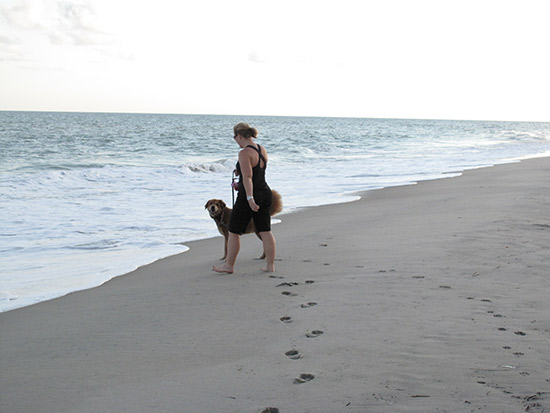 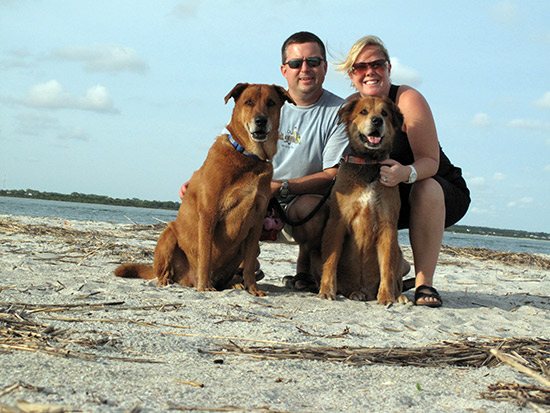 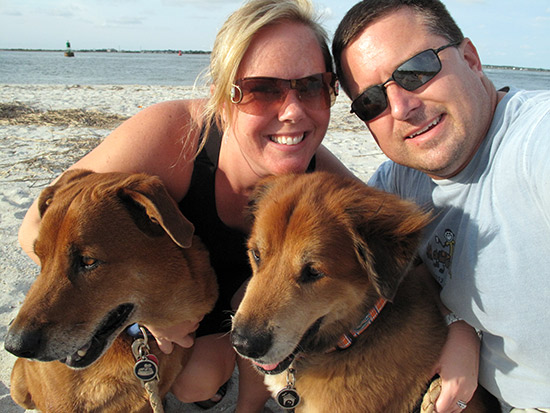 it was an off leash free for all with the beach pretty much to our selves.

As we were leaving, a guy came down to the beach with two black labs, he was throwing training dummies into the surf for them. Duke and Goblin watched but didn’t catch on to the meaning of “fetch”. Then he had the two of them lie down with their dummies while he took a turn swimming in the ocean. When he dove over the waves into the surf the two labs jumped up and started running around with their dummies in their mouths chasing and playing. Then the guy started back in and when he reached the point where he started to stand up both labs ran back to the spot where he left them and lay down just as if they hadn’t moved in the first place. It was really funny!

We got back to the room and jumped on the free Wi-Fi for a bit and got to sleep. For a pet room it was pretty nice except it was too damp and mildewy smelling. I think the A/C and/or Fridge must leak onto the carpet or something but the entire room felt damp, and the A/C wasn’t drying it out very well.

At least we were now an hour closer to our ferry reservation for the morning. We were getting up at 6 am instead of leaving at 6 am, and we had a free breakfast at the hotel!