Although we planned our trip in advance we were unable to book a camp site at the North Rim Campground, so instead we stayed just outside of the park at the Kaibab Camper Village. There are a few tent sites at the Camper Village but it is really ideal for those traveling by RV. The facilities at the site were more than we would have later in our trip but they are fairly limited for tent campers because the site is within the National Park so they are not able to do much with the facilities.

In case you are interested on the specifics there are four portable toilets, two outdoor sinks and a coin operated laundry and shower facility. The portable toilets and sinks are in an area that is not very well lit so a flashlight is a must if you want to visit them after dark.

Our tent site was really nice though, it was large enough for two tents and we had a pretty good view of the horse pasture where we spotted some deer early in the morning. We even had a picnic table and a fire pit, so overall we were doing pretty well. 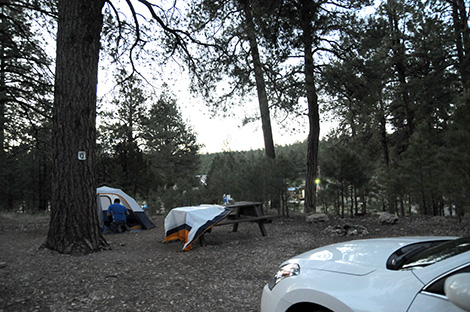 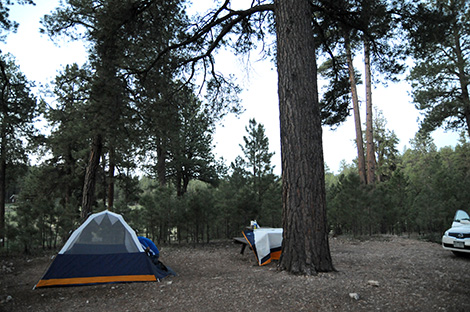 You can get more information about the Kaibab Camper Village from their web site: //www.kaibabcampervillage.com/