Since we had one day to check out the town, we decided the best way to do it was a tour. We picked the double decker bus and it was a hop-on, hop-off option that we liked. It had a few downsides – the 30 minutes between buses seemed like an eternity at times. And we just missed the first bus so we decided to do a little walking on our own.

Here we are near Independence Hall: 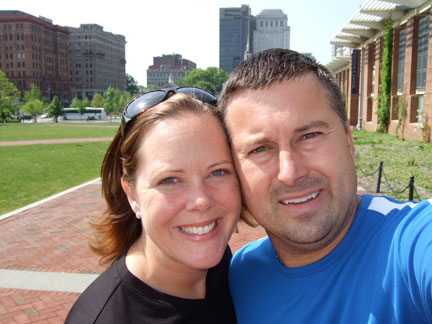 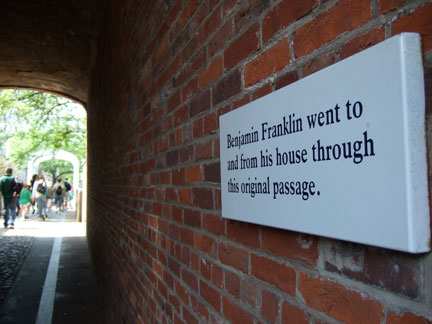 It turns out that his grandchildren didn’t want to deal with the house and tore it down to put up apartments. I guess I am not really into history because I don’t see where this is a bad idea – it is a much better investment than a free tourist attraction!

Now they just put up a bunch of beams to show you where the house was. And there are spots where you can view the remains of the septic system. 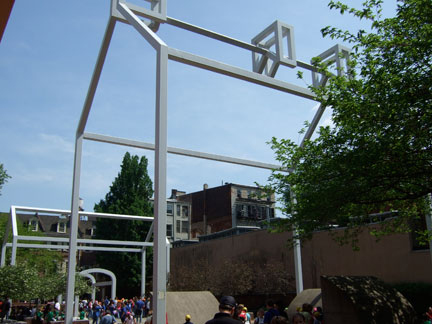 Better than a self portrait – a park bench as a tripod portrait! 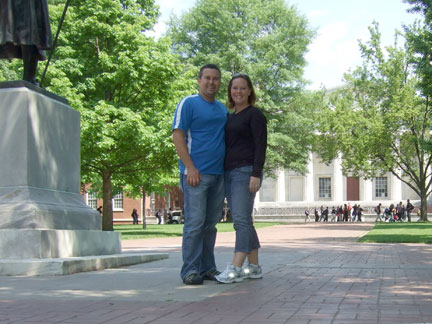 We were walking more and headed over to Delancey Street to view some of the oldest houses in Philly. It is amazing how small they are and the doors are small, too! I was looking and most of our furniture would NOT fit through the front door! 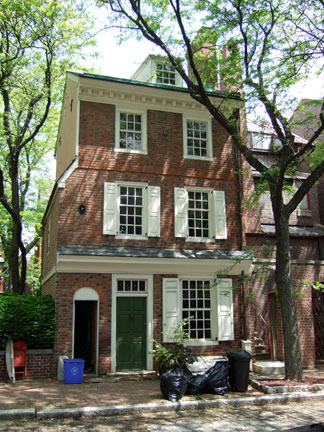 Fun paver road with the tracks: 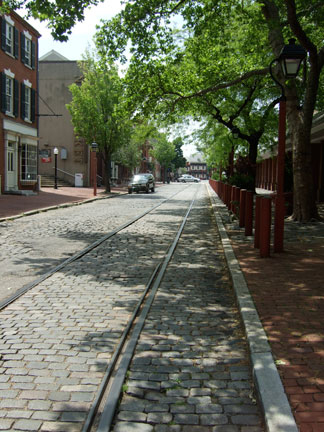 It is funny – Philadelphia has a lot of houses and buildings that are only used as tourist attractions. One house we passed belonged to a Polish general. He had no relation to US history at all! Yet his house is owned by the park service. It is such a waste of good real estate – I would love to live in that house! I think if I ever move out of the US, I will have to move to Asia since I share their love for all things new and I don’t get why things are saved and collected. Can you tell I am not into antiques?

On with the tour…we stopped at the Reading Terminal Market. Did I mention Orlando doesn’t have anything like this? Ha! It is a huge indoor market with fresh fish, meat, flowers, fruits, veggies, etc. We stopped at the juice bar where Chris got a carrot, apple, lemon juice: 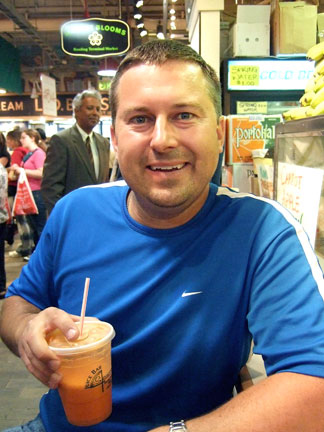 I love beets, so I had to get the carrot, parsley, beet juice: 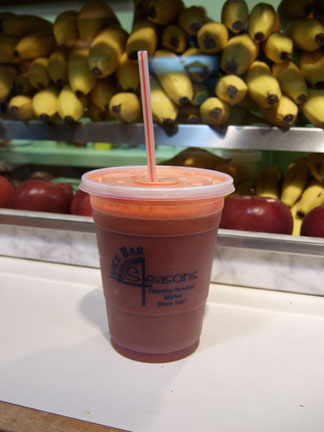 Since we were being “tourists” we had to take some funny “tourist” shots – the ones where there is bad lighting, hands, heads, etc. Do people even remember what it was they were taking pictures of? I was reading someone else’s blog the other day and they had a photo of a deer in their campsite. I had to study the photo for a few minutes until I found him – he was so dark and out of focus! Yikes! 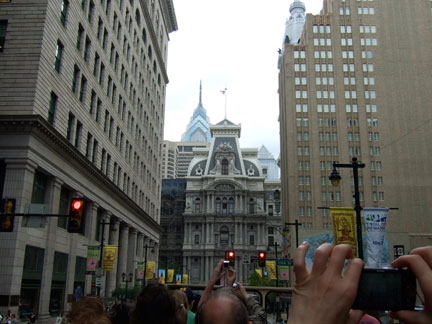 That is the state house in the distance you see there beyond the cameras!

Another fun touristy photo from the bus: 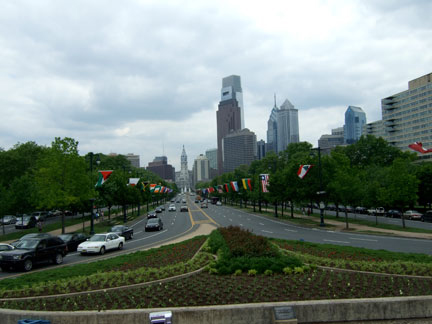 There were fountains everywhere in Philly. Apparently they just turned them on, too. We were there just after one of the last cool spells. Another park bench as a tripod portrait: 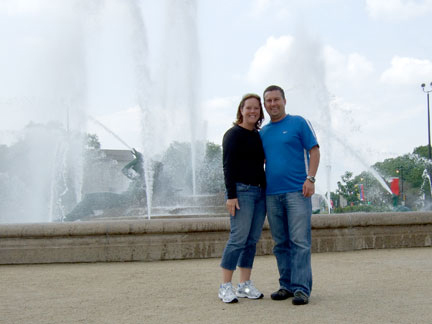 Lots of buildings in Philly have mosaics on the outside – it is really pretty! 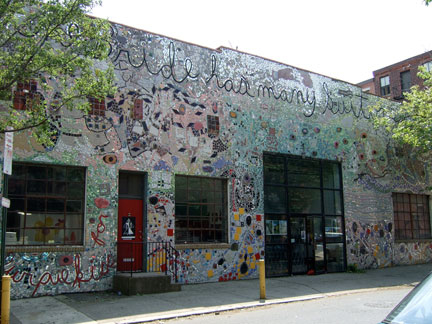