My hairdresser Bob has a client that is an exec at Universal. She let him use her Gold pass that is just like a VIP pass – it gets 6 people VIP access any time at Universal. Bob was going to Mardi Gras on Saturday and since I was there to see him just a few days before, he invited us to go! We were able to get right in to dinner at Margaritaville – the line was INSANE! Then we headed over to the park and got into the VIP area for watching Heart perform. It was awesome! We decided not to squeeze too far up to the front so we could just relax and be back by the bar. It was a great concert!

Ann Wilson has some lungs on her! She is amazing! I was a bit concerned about her outfit – it wasn’t exactly rock band looking in person and it was velvet (it is March after all). But once I saw the photos, I realized how the outfit made it look like she was wearing pants, not this long jacket dress that it was – and she looked MUCH thinner! Then her sister Nancy was just crazy all jumping around with her guitar. It was great!

Here is our self portrait at Margaritaville with the volcano behind us: 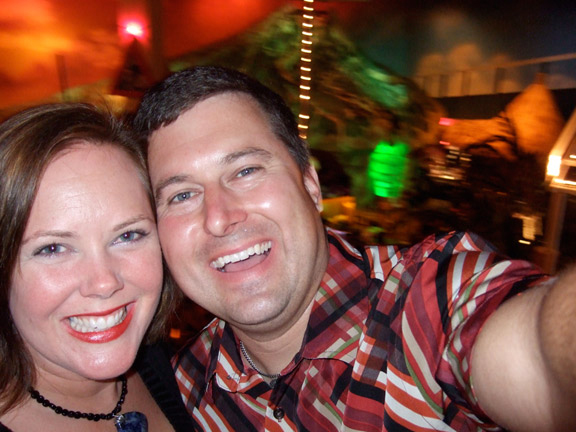 And the whole group at the concert before it started: 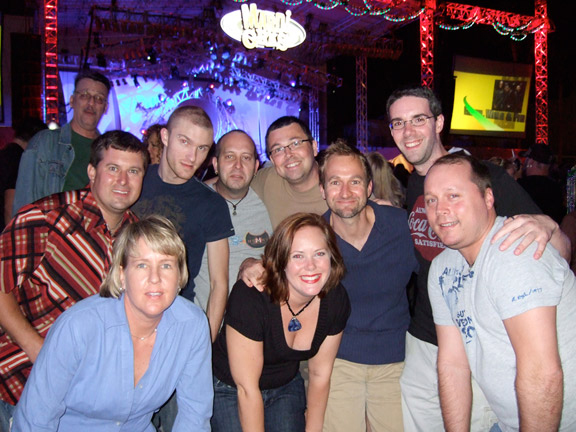 We were pretty close: 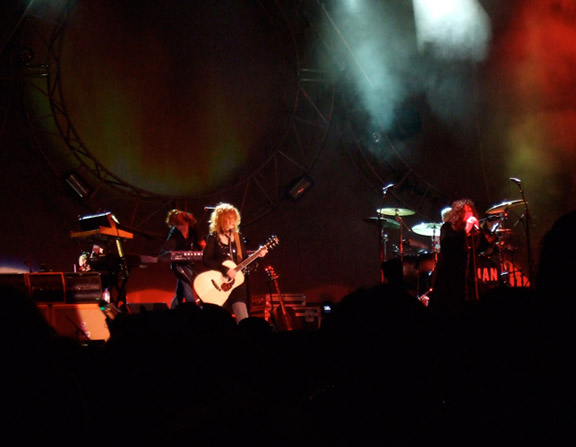 Here are some clips mixed together from the evening: