We had a big area just south of us cleared out and no one could figure out what was going in there. There is a Whole Foods going in nearby and we kept thinking maybe it was the Whole Foods and they were wrong on the location? But now the secret is out – it is a Wal-Mart! They had their Grand Opening and we had to go see what a new, fresh, clean Wal-Mart looked like. There is so much opposition to Wal-Marts and with good reason – they take over all the little people selling everything for cheap. But at the same time, I love one stop shopping and Wal-Mart pretty much has it all and at a great price.

We went on opening day and it was a zoo! Chris was pretty good – he hates Wal-Mart because it is so dirty and messy and hard to find what you want. And it takes 30 minutes of waiting in line to check out. But he was willing to try the new one and it really wasn’t too bad.

Check out the frozen section – it is so clean and new! 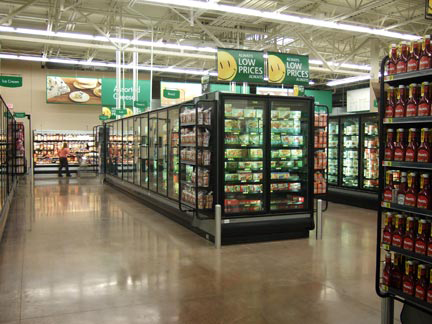 Chris has a smile at Wal-Mart! 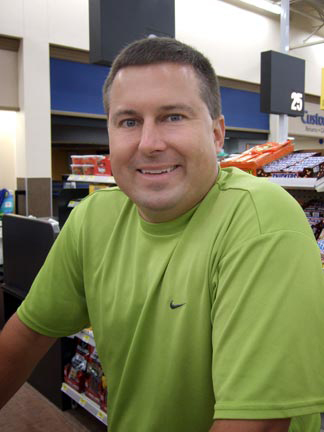 The front looks so clean and pretty: 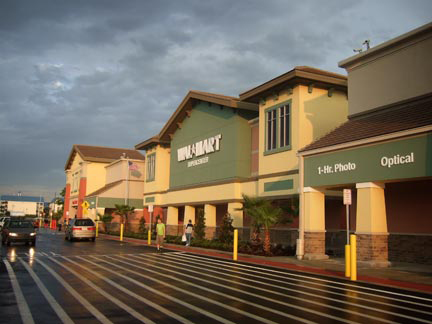