On Friday we were at the Relay for Life event supporting a bunch of our friends. Kudos to all of them for staying awake all night! I can not do that – I get way too cranky when I miss sleep.

While we were there, the space shuttle Atlantis launched. It was awesome – brighter than I have ever seen before from Orlando. It gave me the chills. I was thinking “wow, I wish I had my camera! What a moment!” as I watched it trail off into space. Then it hit me – duh! I do have my camera. My little point and shoot is in my purse! But I had missed the moment.

Here is a fun shot I got of the trail Atlantis left behind: 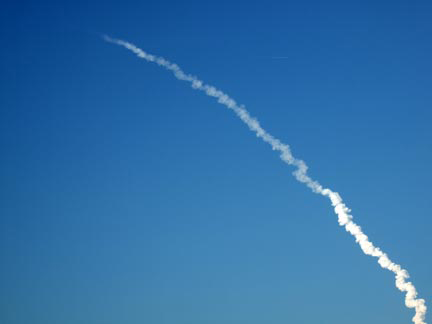 And here is the amazing shot from NASA: 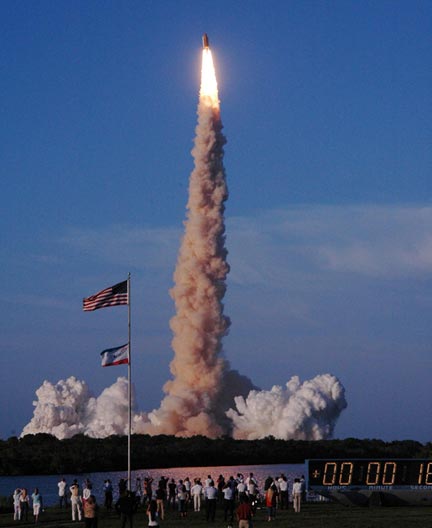 And the caption from under the photo:

Photographers crowd around the countdown clock to capture the successful launch of Space Shuttle Atlantis from Launch Pad 39A. The shuttle is delivering a new segment to the starboard side of the International Space Station’s backbone, known as the truss. Three spacewalks are planned to install the S3/S4 truss segment, deploy a set of solar arrays and prepare them for operation.

STS-117 is the 118th space shuttle flight, the 21st flight to the station, the 28th flight for Atlantis and the first of four flights planned for 2007.