I admit, I do watch the OC. I do volunteer with a sorority – and they ALL talk about this show. So I finally went and bought Season One on DVD and started watching the show during the 2nd season. It started out pretty funny (Adam Brody is the funny character) but over the years, the drama has been a bit much. I knew the show was ending, and I really didn’t mind. But last week’s show was awful – it was so fake (of course the whole show is always really fake but this was beyond awful). I am hoping they wrap it up tonight with some funny moments.

Here are some photos I found of the cast.

The original group, including “Marisa” my least fave character: 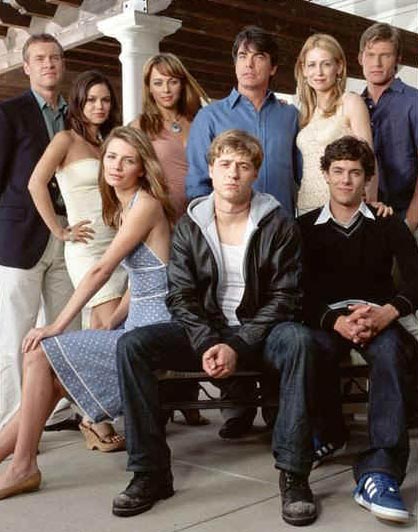 A more recent photo of the cast: 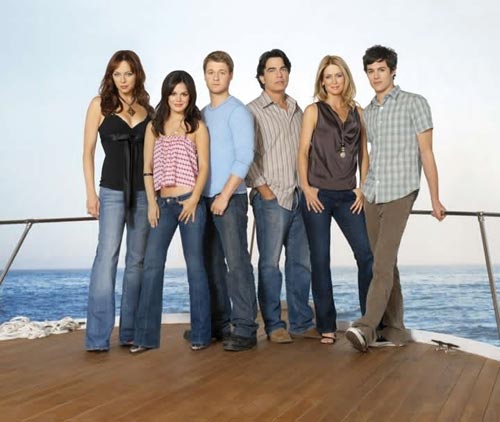 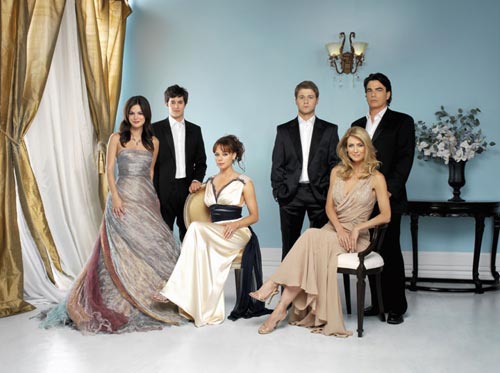 The final show photo – Taylor is in this shot – she is my 2nd fave character behind Seth (Adam Brody): 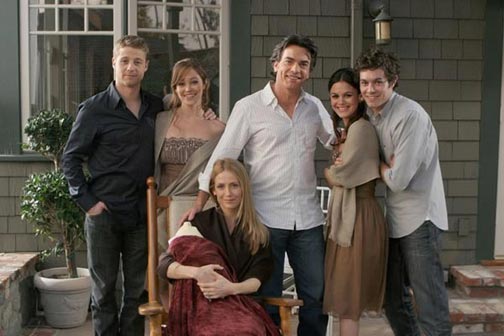 What should I watch now? Everyone keeps telling me to watch Grey’s Anatomy, but just hearing about it – it doesn’t really grab me. I LOVE funny stuff with a bit of drama mixed in, too. My friend Damon told me to start watching the class (mainly because he thinks one of the characters looks a lot like me) and that has been pretty funny. Oh – speaking of funny – I record the Late Late show with Craig Ferguson. That guy is a trip! He always has me laughing. I watch the first clip until a commercial – then they usually go to the guests and I hit “erase recorded show” at that point.