We were driving today and I noticed something going up to space – but we didn’t know what it was. I joked with Chris that it was turning around at one point since the trail showed a U shape at the top. But Chris guessed that it was starting to turn to go parallel with Earth. He was probably right since the launch was sucessful.

Here is the text and photos from NASA:

Taking multitasking to new heights, NASA launched the five THEMIS satellites aboard a single Delta II rocket from Cape Canaveral Air Force Station in Florida at 6:01 p.m. EST. Racing into space on the flaming power of three rocket stages and nine solid rocket motors, the THEMIS satellites will soon disperse around Earth to monitor auroras like the Northern Lights. 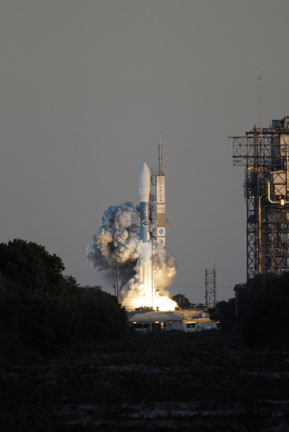 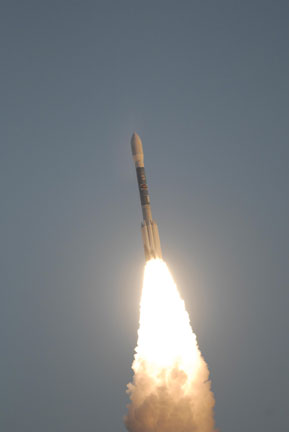