We had a wedding in St. Augustine and we had rented a house on the beach last year when we had another wedding up there. We really liked it and decided we wanted to do the same thing again this year. The house is dog friendly (the main reason why we picked it and found it in the first place). And it is on a quiet stretch of St. Augustine Beach where there is hardly anyone around. And we have been there in the winter both times – I think St. Augustine tends to be busier in the summer. 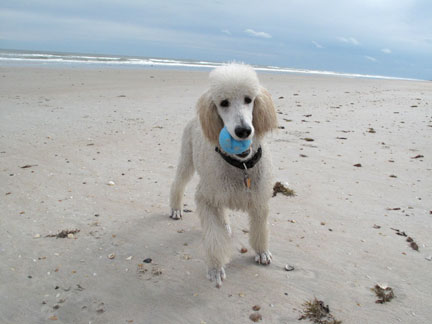 Note the ball – it is the “Huck” ball by West Paw Design. This ball is awesome – it floats, it bounces at random because of the grooves and it can be thrown about 6 houses down on the beach. James loves this ball! And we bought it back when he had puppy teeth – he would chew and chew on it and as we heard the squeak of his teeth on the ball I knew it wasn’t going to last. But 4 months later it looks exactly the same! 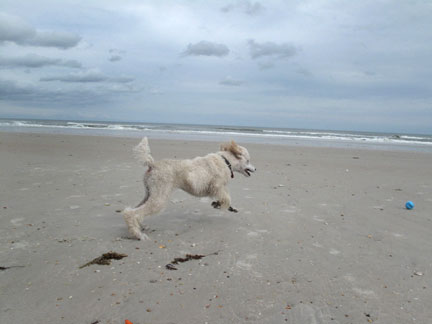 Sometimes Goblin would just watch from the dock – he isn’t as active (he is 10 after all!): 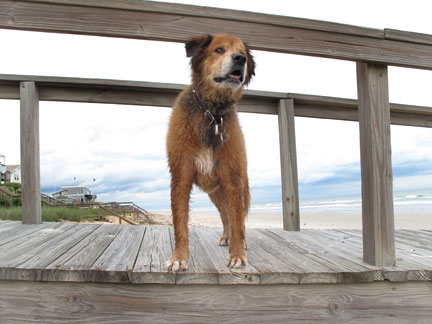 Then a storm started to roll in and it was so beautiful: 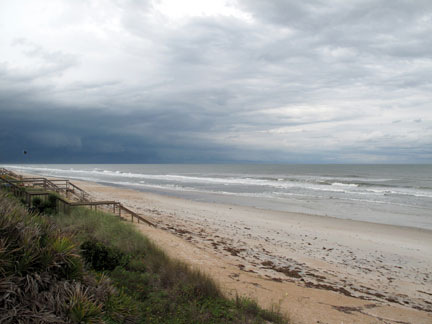 We found some awesome shells on the beach: 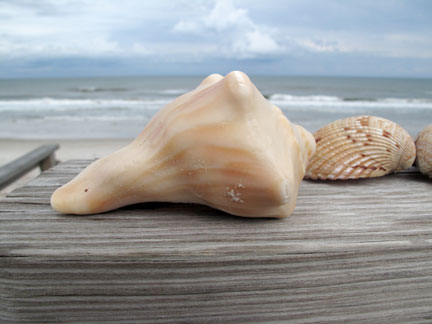 And we remembered to bring a special bottle of Schramsberg with us to celebrate a few days off work: 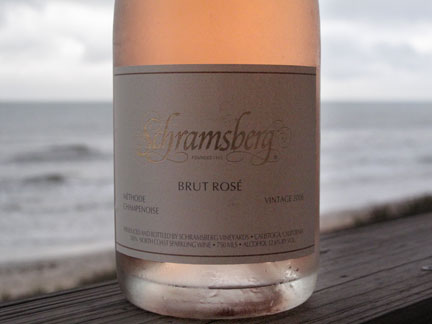 Summer is finally here so I got a short summer cut

My Mum squealed when a box arrived today. She pul