I am REALLY getting sick of these kids killing themselves on our walking route. It is getting out of control.

On Wednesday night just after midnight a boyfriend and girlfriend were driving separate cars weaving in and out of traffic (35 mph on this road) in her BMW and his Lamborghini. She lost control, hit two trees splitting her car in half (so they say on the news) but I saw three parts. How fast was she going? More than 35 is my guess.

Just last week a man left Gator’s right across the street and hit the wall right here where this happened, too. And last summer a girl hit another tree and died in this same intersection.

These drunk out of control kids are getting ridiculous. We walk our dogs late at night and we now have TOO MANY spots I get nervous walking past because of all the scarred trees and flowers.

Here are the photos – notice the sidewalk right against the wall where we walk our dogs: 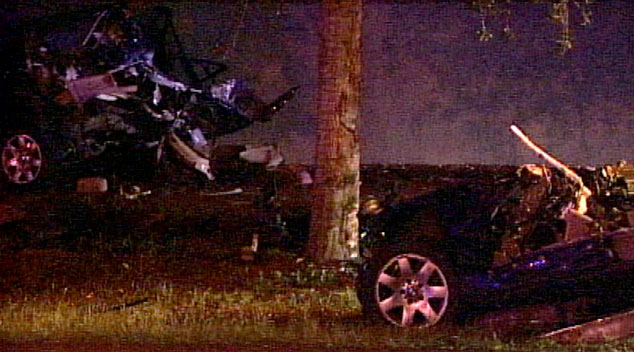 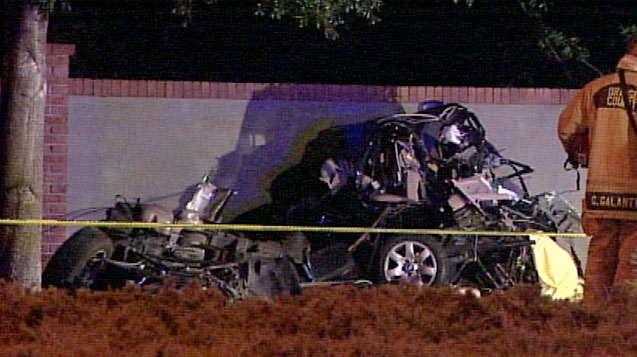 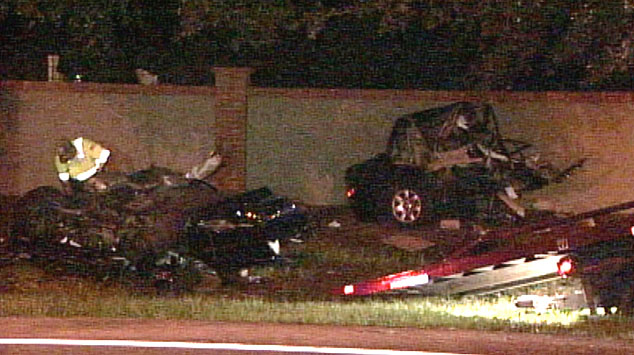 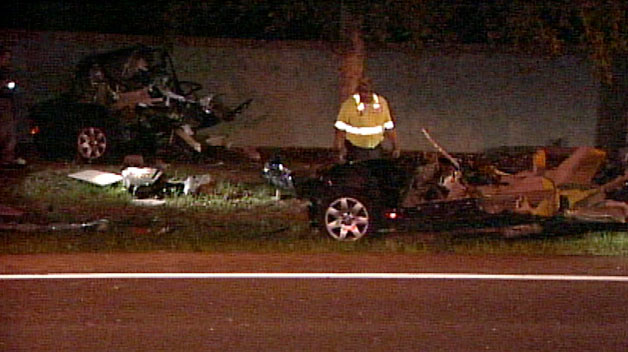 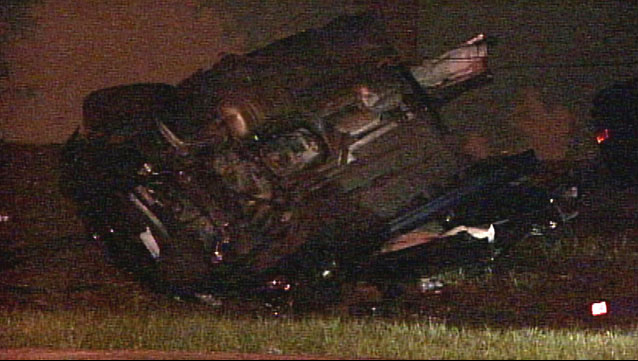 Then tonight’s wedding was at a church by our house and it turns out the funeral is there on Monday. Then I go from being angry to sad. How sad for her parents. She was so young – only 23. And her siblings. Her boyfriend will move on (assuming he doesn’t get charged with a form of murder). But she is gone forever.

Then I go back to angry – very angry! She is lucky she only killed herself and no one innocent walking on that sidewalk or driving nearby. The wall was crushed last week by another man – and that house has several dogs that always bark at us when we walk by. Did he kill any of the dogs as he plowed into the wall?

One thing is certain: the trees are winning. We planted a nice big Magnolia on our corner. We just need another one for in front of the bedroom window.

Chris thinks it is funny that the boyfriend hasn’t been named. He thinks he will be bought out of this since he obviously has money. He thinks he will be in politics. I just don’t understand how these young kids have cars that must be around $100k. I saw a guy on our road the other day in a Ferrari with an ATO sticker on the back (Alpha Tau Omega) and he looked to be about 21.

Instead of working on the MPG on cars they need to install breath tubes so the car won’t start if you are over a certain limit.