Also, here’s a “How Much Did THAT Cost?” for you… It looks like ESPN.com has sold their homepage to UPS for advertising. Because you know that when you are looking for sports information, it’s important to remember who to use to ship your packages!

Here’s a screen capture of the ad: 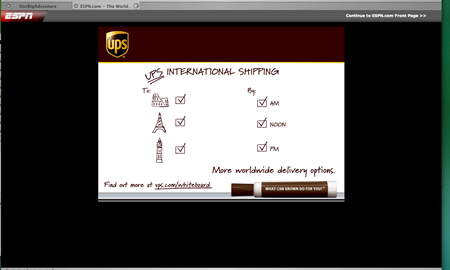