My heart aches for our friend Amanda. Her Standard Poodle Jackson passed away on Friday May 25, 2018.

Back in March, Amanda took Jackson to a neurologist when he had some unexplained leg weakness. An MRI revealed that 10 year old Jackson had a brain tumor.

Jackson had several rounds of radiation treatment that helped him live just a little bit longer. He ate lots of amazing food and went on lots of adventures with Amanda. He even had this radioactive symbol dog tag that he wore!

Amanda adopted Jackson just over 2 years ago. Jackson was so lucky to live the last few years of his life with Amanda. She gave him the best possible Poodle life! If only she could have had more time with him.

We were introduced to Amanda and Jackson through a couple we met at the dog park in Southwest DC at the Yards Park Dog Park a few years ago. They told us they had a friend with a Standard Poodle and I contacted Amanda to see if she wanted to have a Poodle meetup. We happened to be dog sitting Faris the Poodle at the time so all three Poodles had a play date! 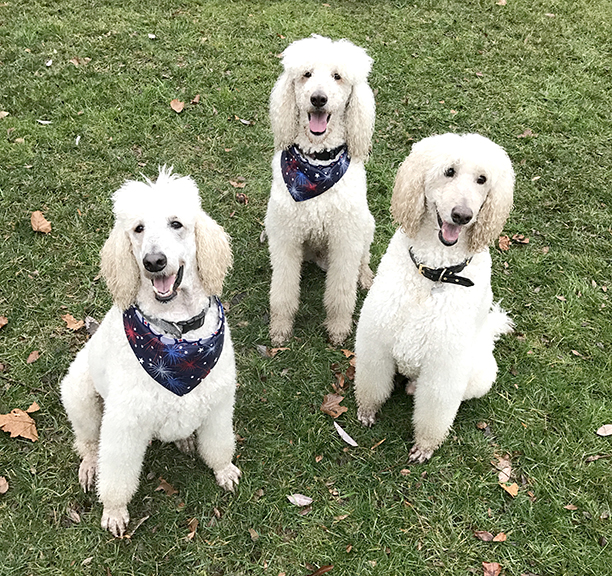 And James, Jackson and Faris: 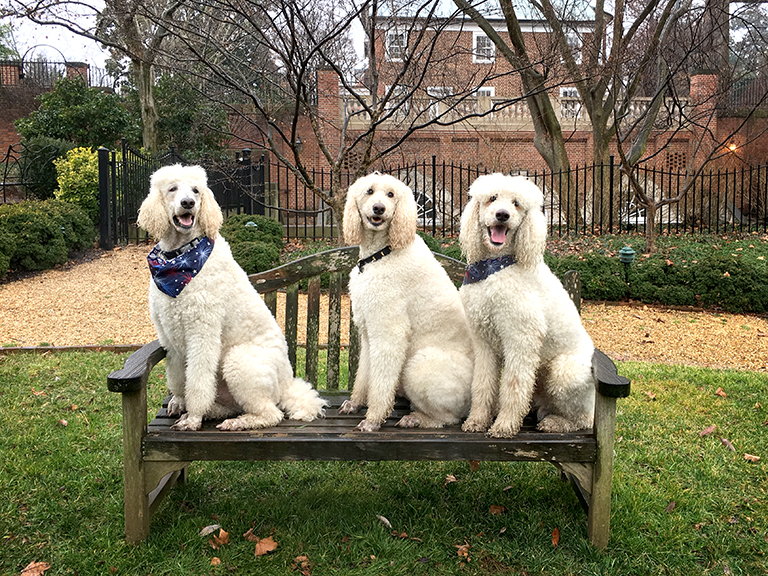 â€¨We were able to see Amanda and Jackson recently when we were back in DC for a conference. We met up at the Georgetown waterfront for an early morning walk: 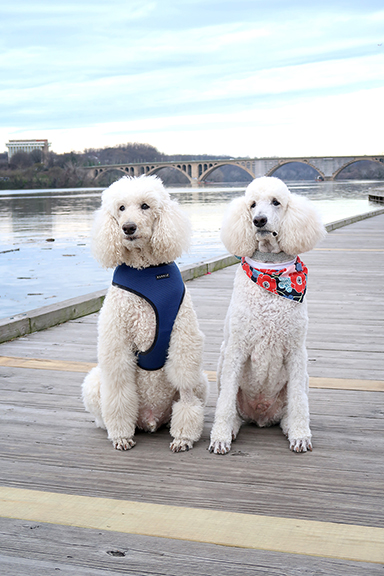 Amanda pointed out that it looks like Jackson and James are holding paws in these photos – so adorable: 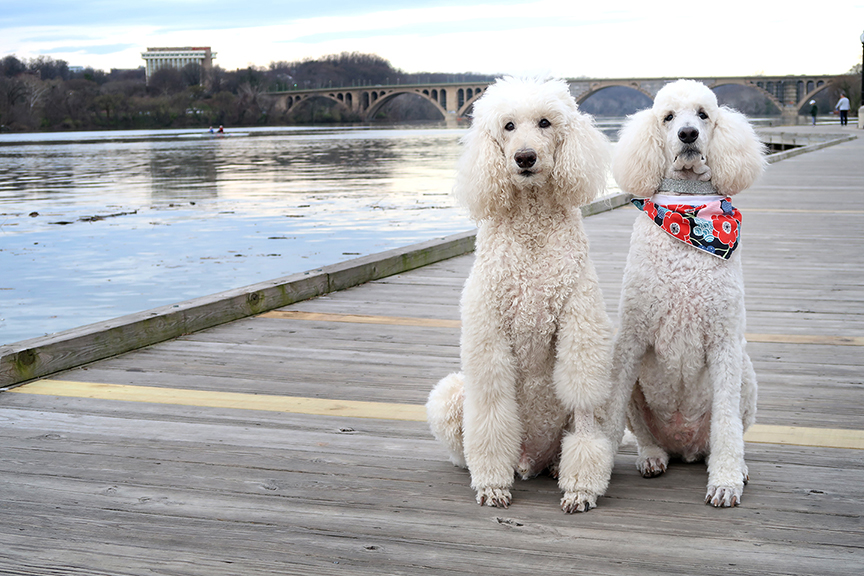 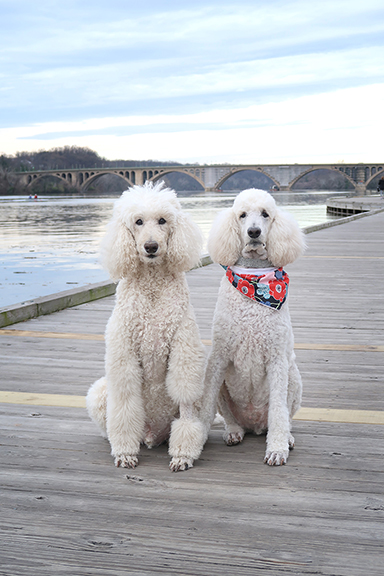 Jackson, you will be missed.
Xoxo, James