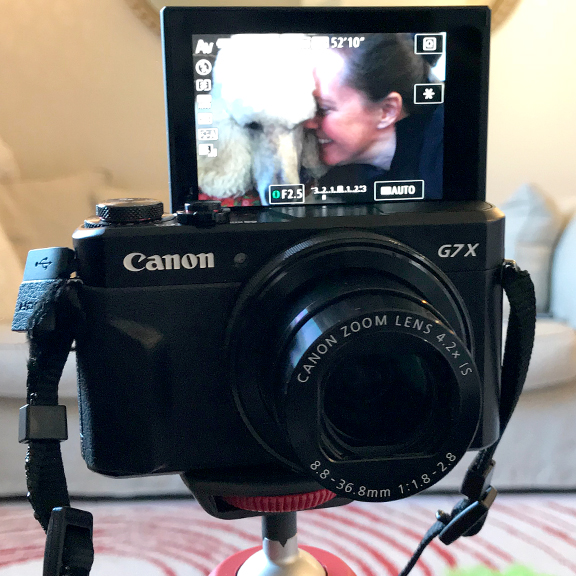 A little history: I used to be a Fuji pocket point and shoot photographer. And I honestly miss those models of point and shoots because they were teeny tiny and easy to tote around. They had a full range of manual controls, a great macro setting and long exposure settings.

Then in 2009 I switched brands entirely. I use professional grade Canon and Nikon cameras for my photography business and it is funny I was using Fuji for personal use. I didn’t love the new Fuji cameras at the time and I was never a fan of Nikon point and shoots. I don’t know why – they just didn’t ever seem to be what I wanted. I took a look at the new PowerShot G10 that so many of my photographer friends were talking about. The ONLY downside: it was huge! Well, huge compared to the little Fuji cameras. But I liked the full manual exposure controls, the hot shoe and the big sensor.

I liked my new Canon so much and I referred so many friends and family to get either the G10, the G9 or the G11 in the next few years.

Fast forward to 2017. Chris and I talked about moving overseas with our dog James and we were 90% sure this was going to happen by the summer of 2017. We just had to work out all of the formal logistics. I wanted to start blogging again here on OurBigAdventure.com and I also wanted to start vlogging since I have a few vloggers I enjoy watching on YouTube. I did one “test” video with my old Canon G10. It did okay, but I couldn’t swivel the screen for when I did selfie shots and I couldn’t listen to audio on the camera’s playback. I had to wait until I downloaded the files. I also realized that little G10 was EIGHT years old! Wow! So it was time to retire the G10 and move on to the new