Right before we left for Vienna, we attended the Baptism for Baby Niko. His parents, Tina and Matt, are great friends of ours and we miss them now that we aren’t in DC anymore.

I brought my big Canon camera and took lots of photos of the Baptism. And Tina’s friend (and my new friend) Bruna took photos, too. We were a good team that day and one guest at the Baptism though we were hired to take photos for Baby Niko! 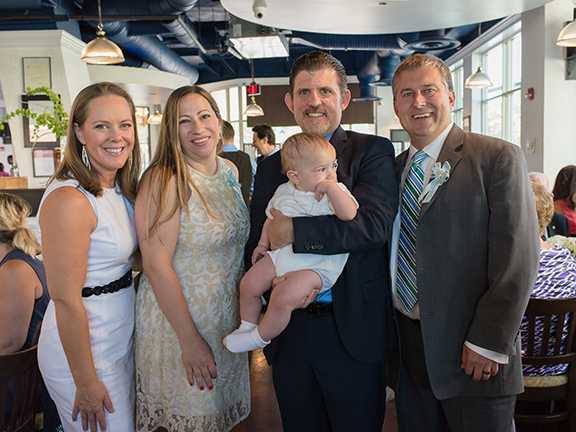 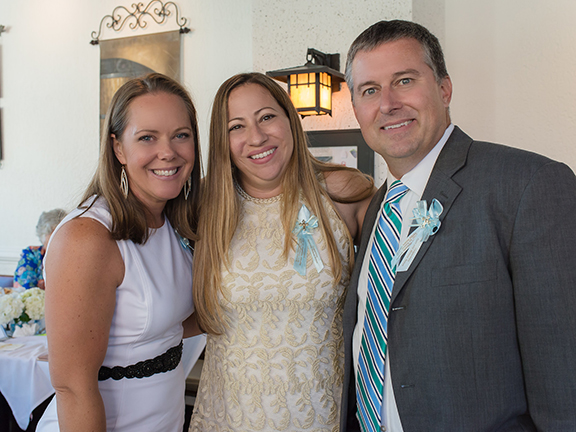 Have you ever been to a Greek Orthodox Baptism before? We hadn’t. We have been to Catholic Baptisms – some included in the usual Sunday services and two private small Baptisms that were probably 30 minutes. They usually involved prayers and dripping Holy Water on the baby’s head.

But Baby Niko’s Baptism was a big deal! The service was LONG but it was very detailed and beautiful! I won’t explain the entire service but these are a few highlights.

The first act of the Baptismal service is the Exorcism and it begins in the narthex. The renouncing of Satan is done in the narthex facing the west because the west is where the sun disappears and was regarded by the ancient Greeks as the place of the gates of Hades. Then the priest faces east where the sun rises and asks the godparents to accept Christ for Baby Niko.

Then back at the altar the baptismal font is huge so the entire baby can be dunked fully – three times. The baptism is considered a second birth as children of God and the baptismal font is the Divine Womb. Baby Niko was naked for the baptism and this is done in Greek Orthodox Baptisms for many symbolic reasons: emerging naked out of the womb of God, removing clothes signifies removing sins and being naked also refers to not being ashamed of a body which God has called good. When you see the photos I took below, you will see that Baby Niko was not too thrilled about being dunked! But he was such a good sport throughout the whole Baptism – especially since he is only 8 months old!

Then Baby Niko was taken to put on new white clothes. The white clothes symbolize purity of the soul and that he has been washed from sin.

I knew a little bit about the candles and their symbolism from Tina and Matt’s wedding. Candles are a very important part of Greek ceremonies. The baptismal candle is kept by the one baptized. The baptismal candle is brought to church on feast days, on the anniversary of one’s baptism and for the midnight Easter liturgy. If the person gets married, the same candle is lighted at the wedding. If he is ordained, he lights it at his ordination. When the final hour of life is approached, the candle is lit again as your soul goes forth to meet its Judge. It is a constant reminder to live and die by the light of Christ. Tina, Matt, Baby Niko, the Godparents and the priest all walk around the baptismal font three times while holding their candles. Then Baby Niko had his first Holy Eucharist (Communion).

After the Eucharist, there is the cutting of the hair. The priest cut three locks of hair from Baby Niko’s head. This is an expression of gratitude from Niko, who having received an abundance of blessings through the Sacraments of Baptism and Confirmation and having nothing to give to God in return, offers part of his hair, which is symbolic of strength. It is significant that boys in ancient Greece dedicated their hair to the gods upon reaching manhood. Some Christian monks today cut off most of their hair as a sign of their dedication to God.

As I said before, the service was LONG but it was very detailed and beautiful!

And after the Baptism, a BIG Greek reception follows! Lots and lots and lots of food and drinks – appetizers, a full meal and tons of desserts! It was such a fun day and it was crazy to think the next day we were leaving for Vienna. We told Tina and Matt they have to let us know when they are in Greece so we can go visit them!

Here are some photos that I took with my camera: 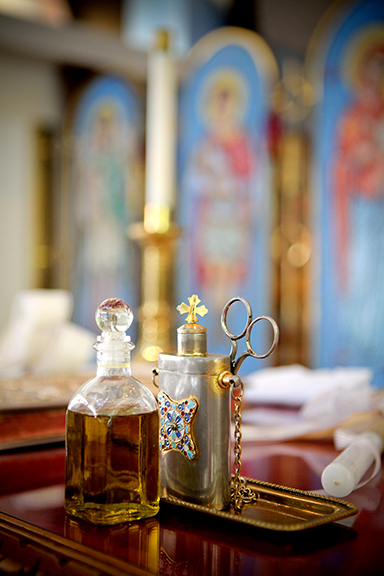 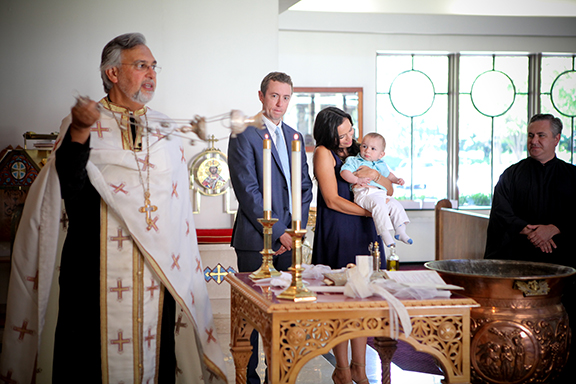 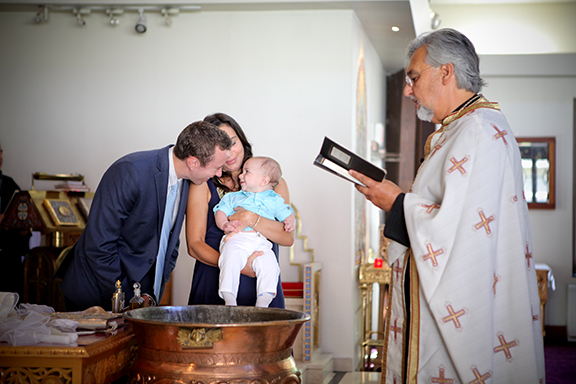 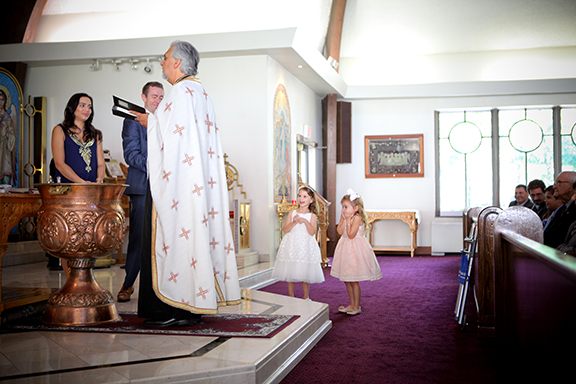 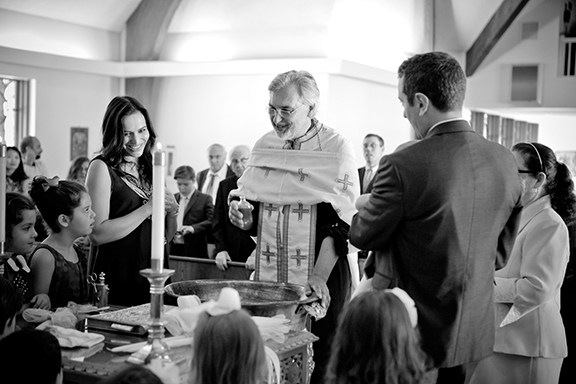 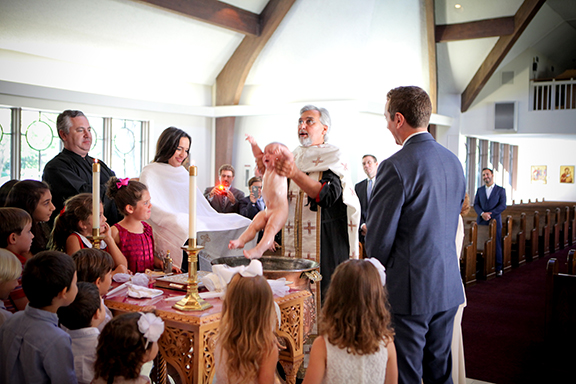