I have a Canon G10 I bought many years ago when it first came out and I love that little camera! It is still in great shape but I realized I wanted a camera that worked a little better for vlogging – one that had a screen that could pop up and out for selfie videos, one that had audio with the playback and a touch screen would be nice, too. So I upgraded to the Canon G7xII. It still feels a little weird to walk around Georgetown with a camera pointed at myself while I talk to it. But I am getting used to it. I went to yoga in the park the other night and I was hoping to get a little footage of the class but I just felt a little rude videoing people while they worked out. But I did get this photo before class: 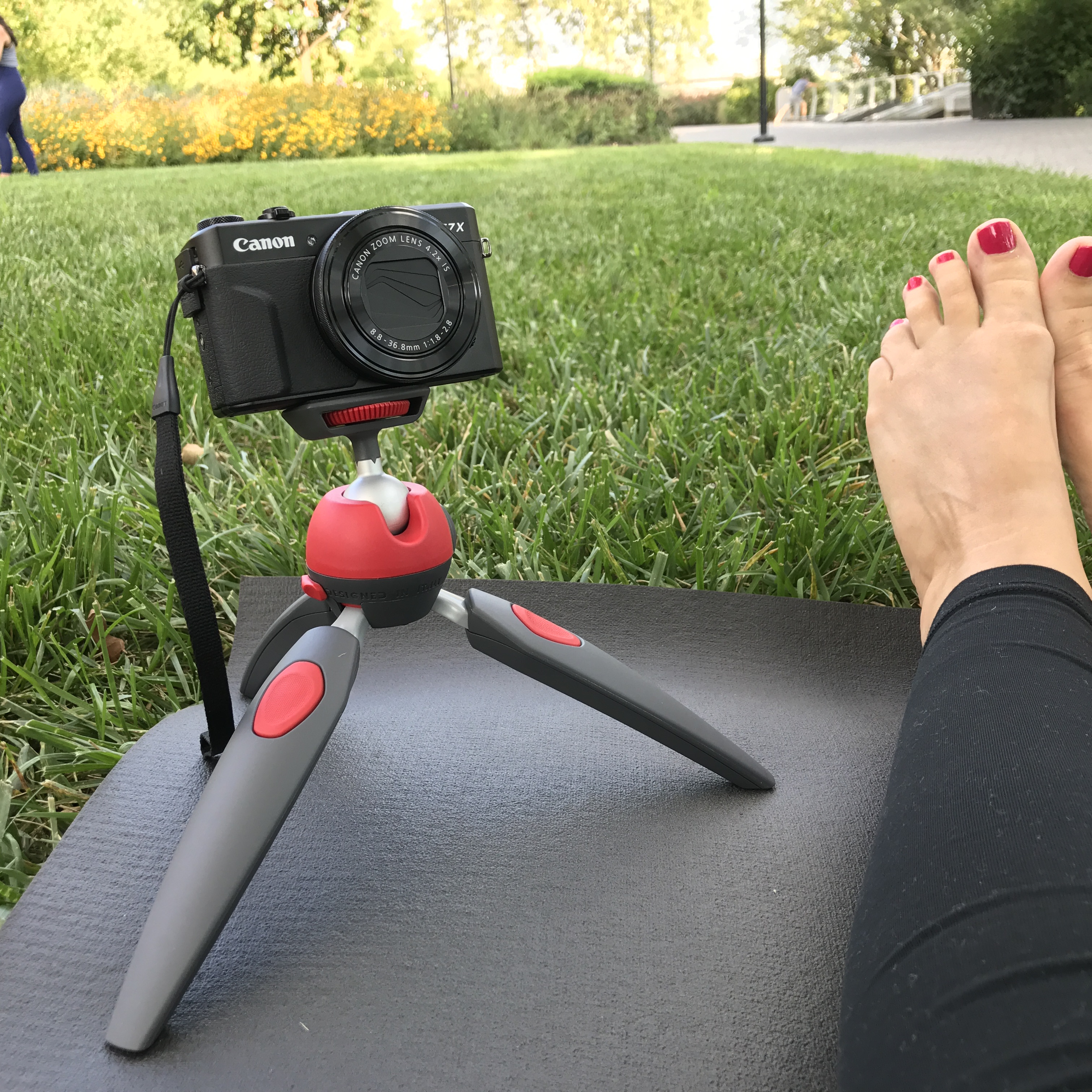 Keep checking back for more videos!