My aunt sent me these photos in an email – they are from the 309th Aerospace Maintenance and Regeneration Center (AMARG), also known as “The Boneyard.” The Pima Air & Space Museum offers exclusive bus tours of The Boneyard. The facility is located adjacent to the Museum at Davis-Monthan Air Force Base.

What is The Boneyard? It’s where old planes go to die – a 2,600-acre patch of U.S. desert where several generations of military aircraft are stored. The $35 billion worth of outdated planes are kept as spare parts for current models at Davis-Monthan Air Force Base in Tucson, Arizona.

Some planes are merely stored at the base between deployments, but for more than 80 percent of the 4,200 aircraft that call it home, it is a cemetery of steel – 350,000 items to be called on when needed.

Engines, munitions, wiring and electronics are all recycled to help lower the cost of maintaining the current-day fleet. In 2005, staff at the facility recycled more than 19,000 parts worth $568 million.

The U.S. government even allows the military in other countries to buy parts and even planes from the site.

The site has been a curiosity for Google Earth users since the satellite imagery software was launched in 2005, but now for the first time it is available to view in high resolution.

The desert is a perfect place to store the mass of steel because low humidity and rainfall means very little rust occurs. In addition, the hard soil means they can be parked up without the need for building concrete ramps.

The military has used Davis-Monthan as a plane storage facility for 60 years and in recent years its unique landscape has been called on by Hollywood for such films as Transformers.

Check out the photos:

An overall arial photo of the grounds: 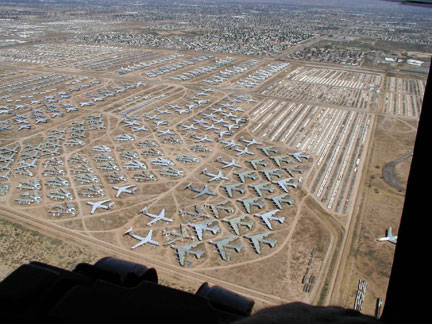 Look at this parking pattern! 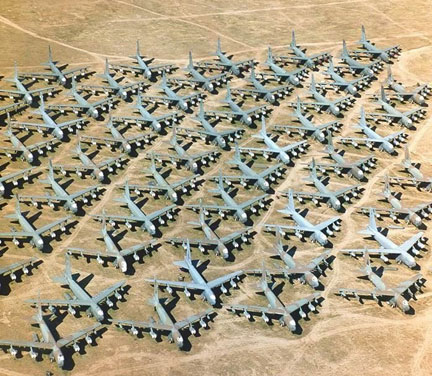 I really love how these planes are parked: 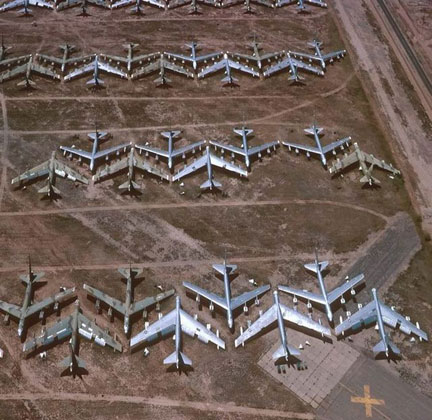 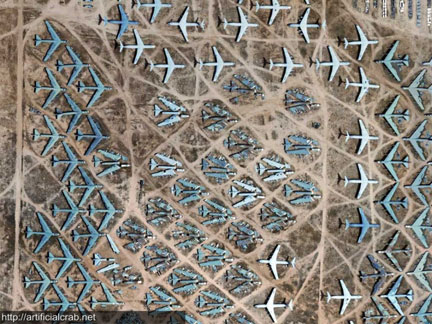 And a detail shot of what is parked where: 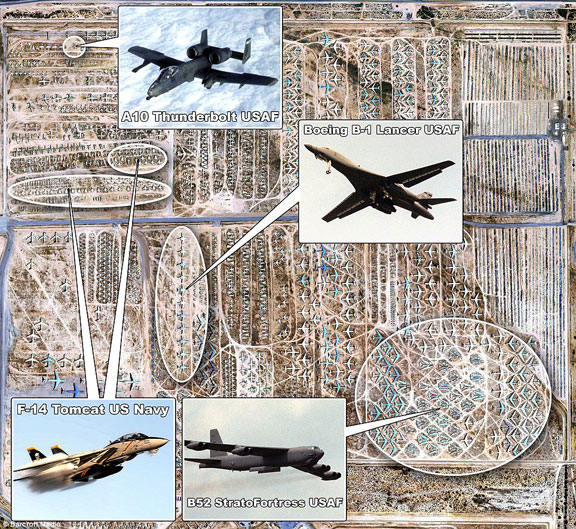