Well, our long awaited November 4th Martha Stewart wedding arrived! I was really excited about this one – Diane has been one of my favorite brides. Her attention to detail is fantastic and I knew I would not run out of things to shoot.
The wedding was at their new house, to be finished in November 2005. Then it was delayed to April 2006 so the wedding date was set for April. Not even a few weeks after that date was set, Diane realized she would need more time to prep so the date was moved to November 2006. In October we did a walk through and I was worried. The house was NOWHERE near done. How does construction of a house get so far behind? Well, during the walk though we saw lots of workers, but none of them were working. They were all on smoke breaks, Big Gulp breaks, etc. The whole 2 hours we were there I saw no one working. But Diane was determined. The final verdict? The wedding is ON!
So without plumbing, without power and a little bit of rushed drywall, we were nervous. We ordered batteries to power our equipment that we normally plug in and we hired an assistant. We also bought 20 flashlights from Home Depot to put in all of the rooms that didn’t have power (the foyer and living room were hooked up to a generator) so the house would not look dark and empty.
In the end, the wedding was amazing. Diane was gorgeous as usual. And Russ looked so handsome! We took a ton of pictures and as I edit them, I will post a few of my favorites. I am sendng this wedding in to Martha Stewart – I told Diane all along that I would. She laughed but I really hope they pick hers to print – she deserves it!
For now, here is a shot of us at the rehearsal (I love the white fences all around the horseback riding easments!) 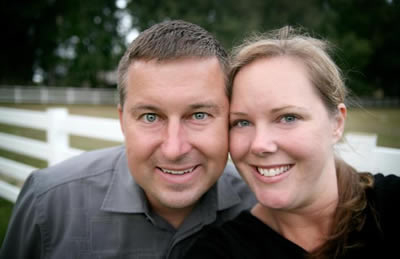 And here is Chris looking so handsome as always (how did I get SO lucky?) 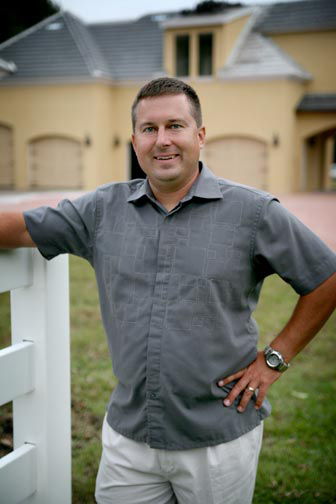