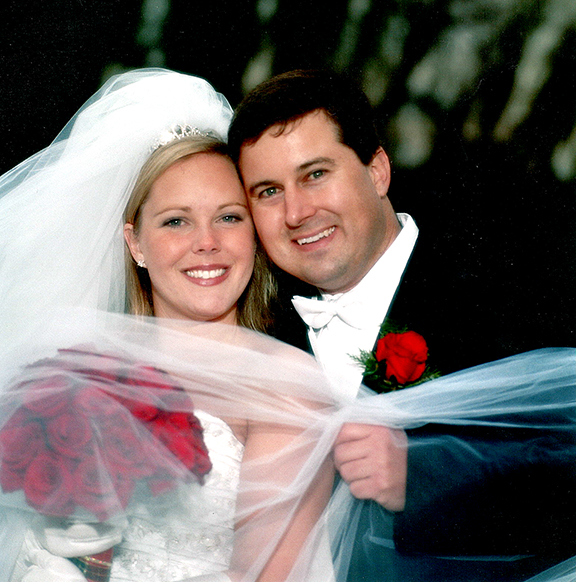 I never thought we would move away from Orlando. And then we moved to Washington, DC. I didn’t think Washington, DC was our permanent home but I wasn’t sure when or where we would go next. I never would have thought it would be Vienna, Austria!

Our marriage has truly been Our Big Adventure!

And a fun little fact: Since I am a wedding photographer, I love reading wedding magazines. When Chris and I were still dating I read one that had a featured website called OurBigAdventure.com. I thought that sounded awesome so I went to the website. There wasn’t a website there. I had Chris look just in case I typed it into my computer incorrectly and Chris said, “No one owns that website. It is available and WE are buying it!” And that is how Our Big Adventure happened. The magazine must have typed in the wrong website and we were meant to have this one.

And one last cute anniversary story: My favorite anniversary card came from my Mother in Law, Patty. It was years ago when we still lived in Orlando and I am sure I have it in a scrapbook. It had two dogs on the front wearing the same Hawaiian shirts and the dogs looked exactly alike. The card said something like, “Another year married and another year looking more like each other.” It is true! I don’t know if it is because I buy Chris clothes or if I am there when he buys clothes. But we do tend to wear a lot of the same color families.