I’m a little late posting about our Valentine’s Day.

Chris actually brought me flowers early – a nice surprise. I am not a big flower person, but these were very pretty. Clark Howard was on the radio as Chris drove around Tuesday and Clark said that Fresh Market had a good sale on flowers. So Chris stopped to get some. Here they are: 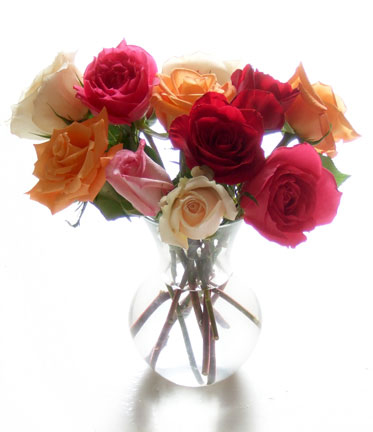 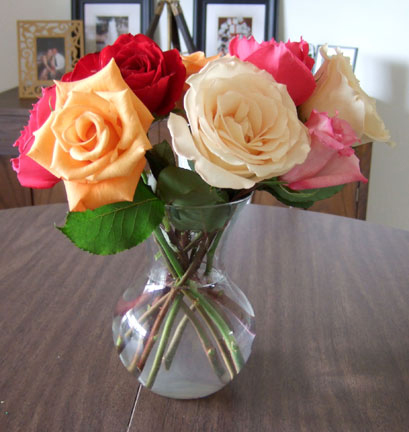 We decided to avoid the restaurant rush and go see a play at Dr. Phillips High School. They were doing Disney’s High School Musical. On Tuesday night, we rode our bikes to the bookstore and Chris had a craving for fast food burgers. I wasn’t feeling like a burger, so I offered Wendy’s. Well, Chris ordered his burger. I ordered a potato. Then a few hours later once in bed – it hit Chris. He was sick. That was when the fun began! All night he was getting sick and sick and sick. I didn’t sleep much since he kept getting sick. In the morning, he asked me to look up his symptoms online since he said this was the worst case of food poisoning he has ever had. Go figure – the internet – it starts talking about kidney failure, blood in the stool – all the stuff that scares the heck out of anyone! So I went to the store to buy lots of Gatorade and Saltine crackers. By evening Chris was still not doing well. I asked if it was okay if I still went to the play and Chris didn’t mind.

It is a small world – I was getting my teeth cleaned a few years ago and the woman had just got a house right down the street. Her son would be going to DPHS and in the theatre magnet program. I asked where and she said the street right behind us! Turns out, I can see her house from our backyard! So I did some photos for the DPHS Pawbill of her son Steven and now, 3 years later he is a senior. He had the lead in the High School Musical and he did a great job. I was hoping to get some video of him performing, but there was a big announcement that there could be no video due to Disney’s copyright. Oh well. So I got the end where they came out to bow.

Chris is getting better. He still isn’t eating as much as normal – and he has sworn off burgers for a while.