David of course is the centerpiece at the the Galleria dell’Accademia. But the museum had so many other pieces we enjoyed, too!

The Hall of Prisoners by Michelangelo leads up to the centerpiece statue of David. The Hall of Prisoners houses unfinished statues by Michelangelo. The large four nude sculptures are known as The Prisoners. They were commissioned in 1505 for the tomb of Pope Julius II della Rovere. Michelangelo spent months in the Carrara quarries to personally select the brightest marble. But due to a shortage of money, the pope ordered him to put the tomb project aside. The tomb was scaled down several times and eventually they were no longer a part of the project! After Michelangelo’s death, his nephew found the four Prisoners in his studio.

Chris is checking out some unfinished Michelangelo pieces in the photo above. 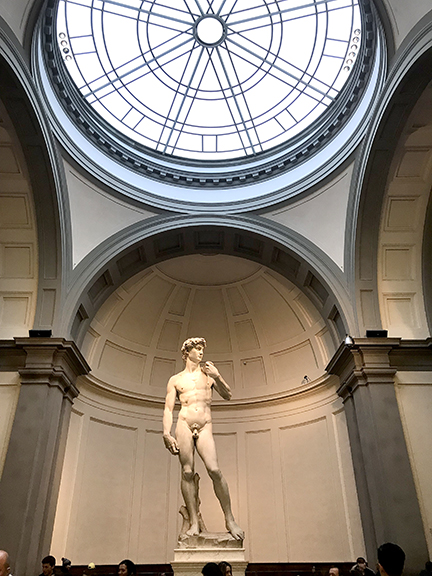 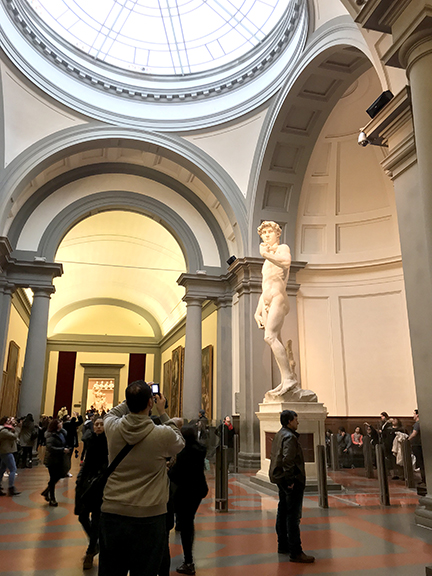 Part of the Galleria dell’Accademia includes the Museo degli Strumenti Musicali or the Musical Instrument Museum. It has about 50 musical instruments including harpsichords, string instruments, wind instruments and a piano created by Bartolomeo Cristofori for the Medici Family in 1699 that is the root of the piano invention.

My favorite item was the Stradivari viola. It is a one of a kind tenor viola made by Antonio Stradivari in 1690. It is made of red spruce and maple and it has the Medici crest in mother of pearl, ivory and ebony inlays. 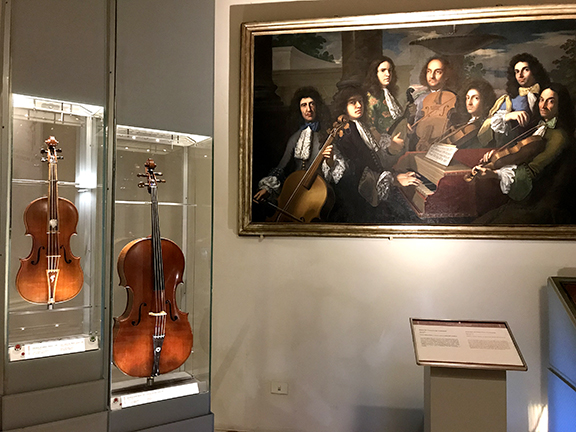 I also really enjoyed the Gipsoteca Bartolini hall. Gipsoteca translates to Hall of the Models. In 1784, the Grand Duke of Tuscany converted the friary hospital of San Matthew into a gallery so that students in the adjoining Academia delle Belle Arti (Fine Arts Academy) could study great works of the past. Gipsoteca Bartolini hall has a selection of 19th centers plaster casts by Lorenzo Bartolini, one of the great sculptors and professors of the Academy. The signs next to each cast tells you where the sculpture is located and some have photos. 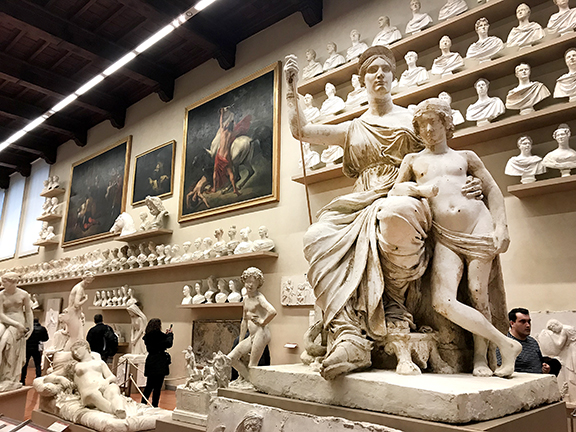 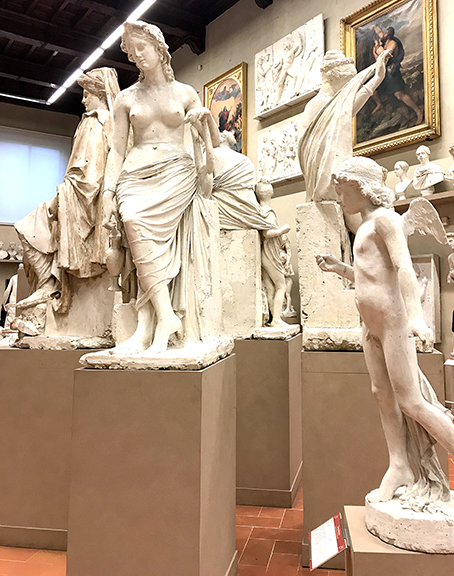 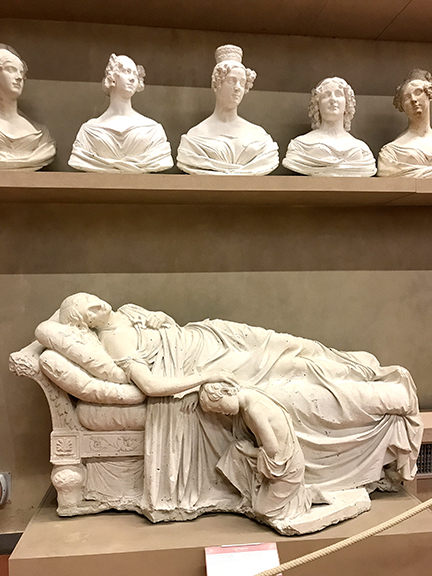 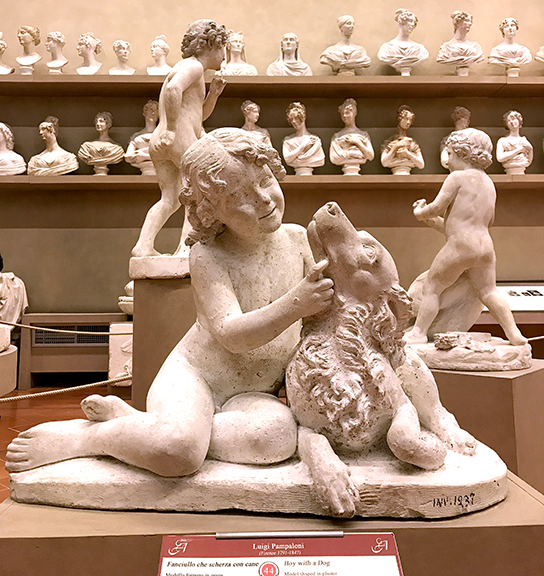 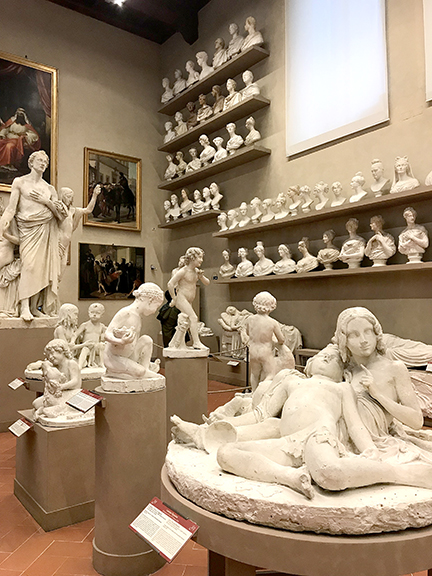