We are really enjoying Milan, Italy! Here are some highlights of our visit so far!

James was due for a groom while we were in Milan so we took him to Dog Model. Luciana has lots of Barboni (Poodles) on her website so we knew she would be perfect for James! On the way to the groomer we met another Poodle owner and she gets her white Standard Poodle groomed at Dog Model, too. The grooming shop isn’t far from the Brera district so we were able to walk around and shop while James was groomed. Look how great James looks after his grooming in the photo above!

We love walking around the heart of Milan at night. Everything is all lit up and beautiful. James is showing off his new hair cut in front of the Duomo di Milano (the Milan Cathedral): 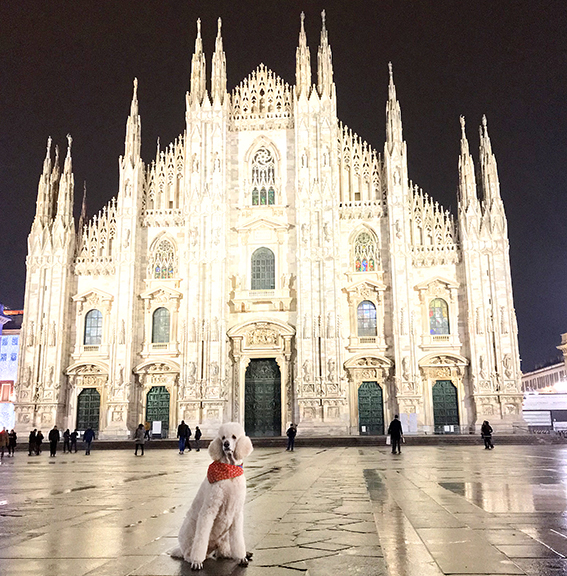 Clearly our photos are all about James! James inside the Galleria Vittorio Emanuele II – a beautiful outdoor covered shopping area: 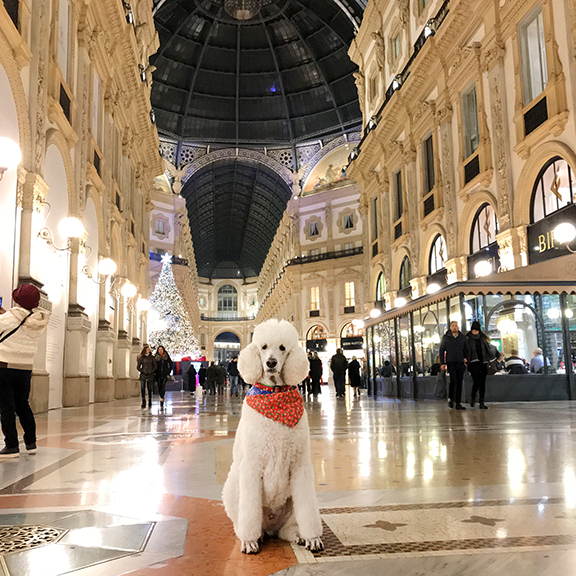 This is how comfortable our Airbnb was in Milan – both boys took a nice long nap! 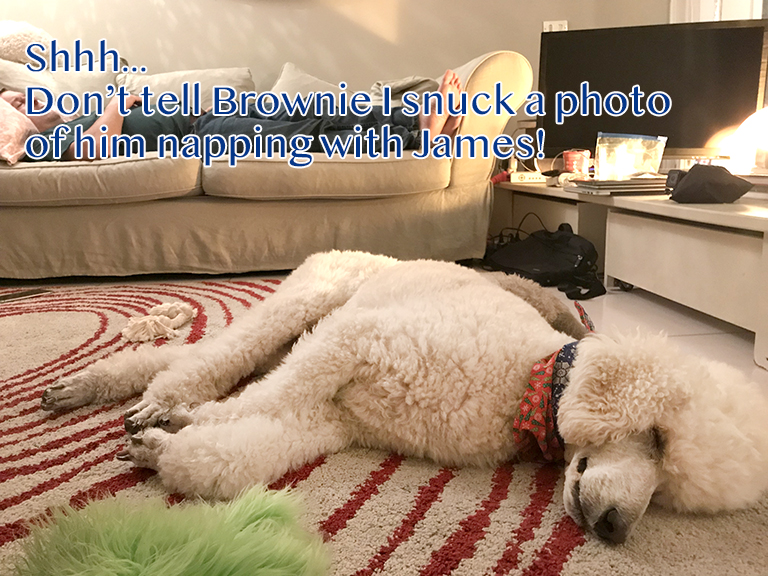 James loves drinking out of the public water fountains in Milan, Italy – this was in the Public Gardens Indro Montanelli – our favorite dog park in Italy. It isn’t officially a dog park but there are lots of leash free areas without fences and a few fenced in leash free areas, too. 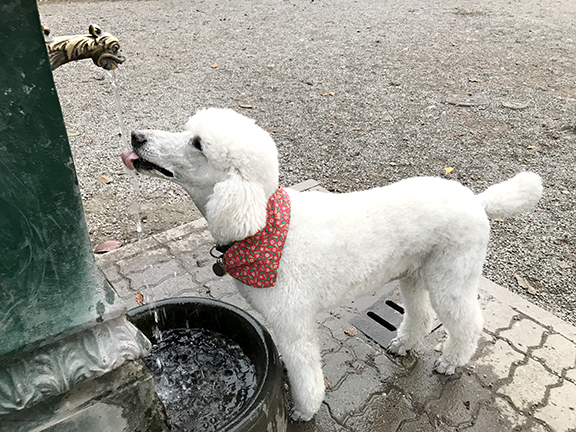 Another park in Milan had these tin cans recycled as succulent planters and attached to the light poles. I thought they were so pretty! 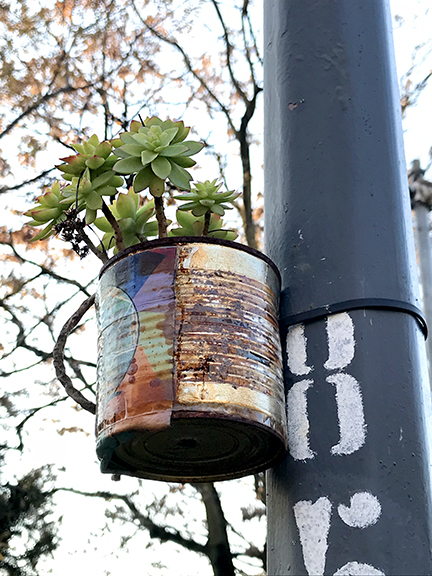 This apartment in our neighborhood had these pottery planters on their windowsills and pottery squares hung below. They were so much fun! 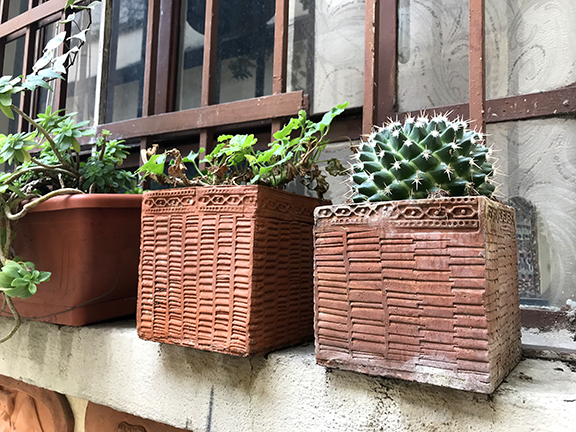 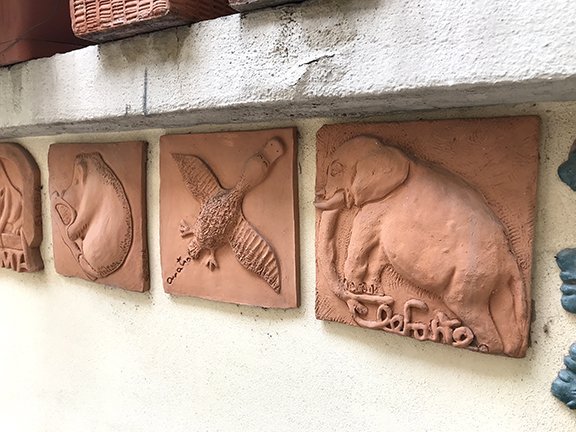 The outside of our apartment building: 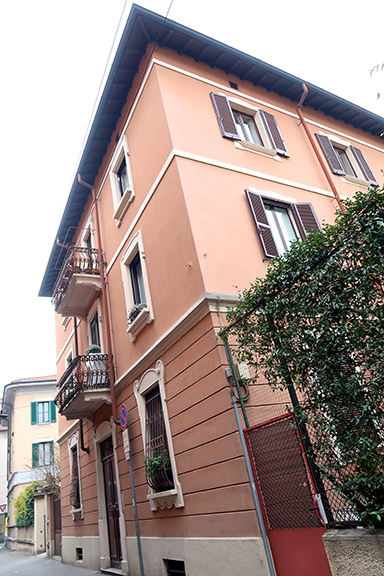